Hyper Light Drifter release date set for 31st of March, Linux should be a day 1 release 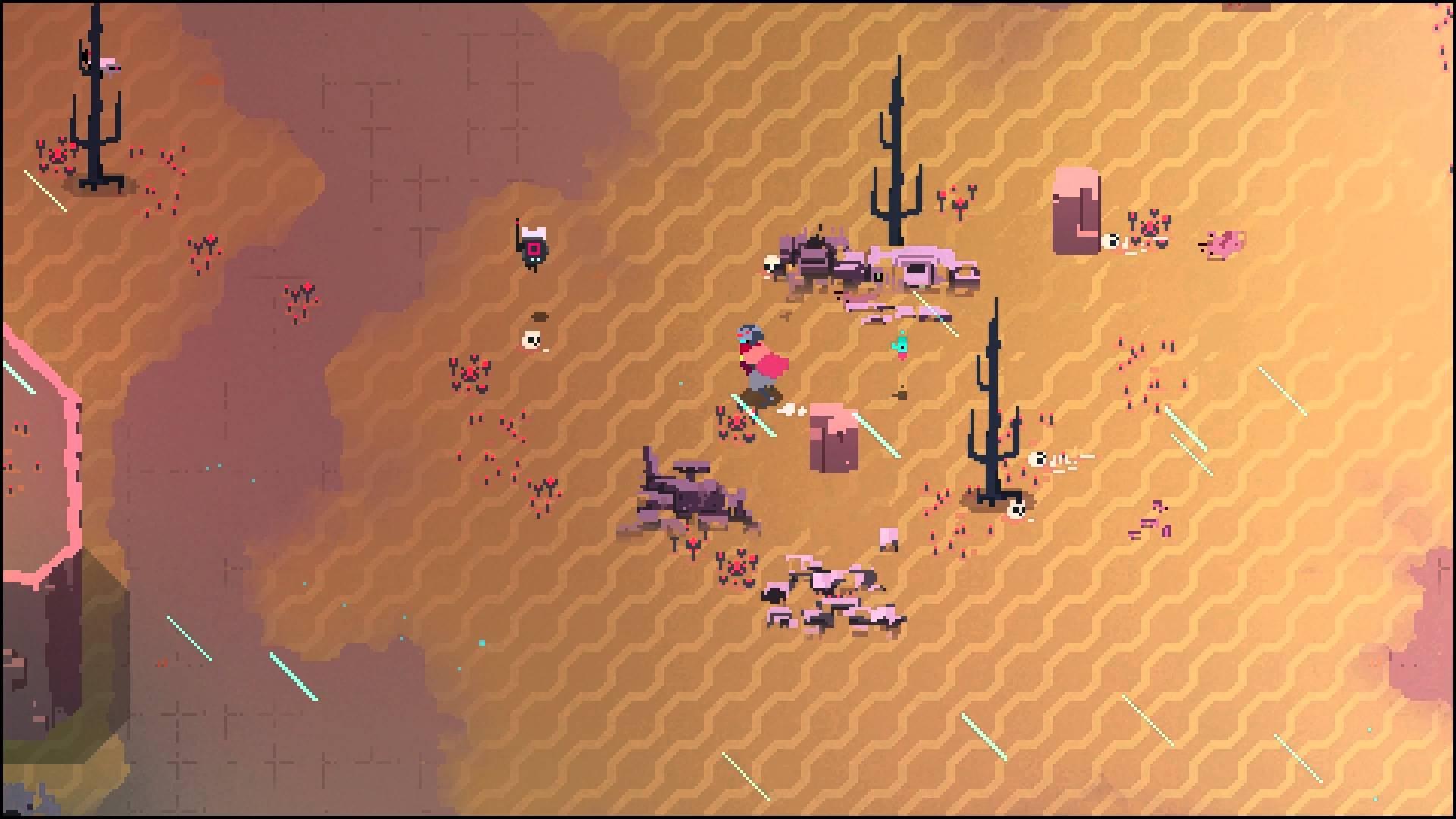 YouTube videos require cookies, you must accept their cookies to view. View cookie preferences.
Accept Cookies & Show   Direct Link
Hyper Light Drifter is one I have kept an eye on since the Kickstarter, as graphically it looks vibrant and beautiful. The good news is the release date now set as the 31st of March should include Linux too.

Aaron from Knockout Games is doing the Linux version, and the recent Kickstarter update says this about it:


QuoteI'm sure we'll get this question, so I'll head it off at the pass: we are still working out some final kinks on the Linux build; we still plan to launch it at the same time as PC and Mac, though there's the possibility of needing a bit of extra time. So far it's looking good, and like it'll be out in time. We'll keep everyone posted on this subject.

About the game (Official)
Echoes of a dark and violent past resonate throughout a savage land, steeped in treasure and blood. Hyper Light Drifter is an action adventure RPG in the vein of the best 16­bit classics, with modernized mechanics and designs on a much grander scale.

Drifters of this world are the collectors of forgotten knowledge, lost technologies and broken histories. Our Drifter is haunted by an insatiable illness, traveling further into the lands of Buried Time, hoping to discover a way to quiet the vicious disease.

- From each character to subtle background elements, everything is lovingly hand-animated.
- Easy to pick up, difficult to master; enemies are vicious and numerous, hazards will easily crush your frail body, and friendly faces remain rare.
- Upgrade weapons, learn new skills, discover equipment and traverse a dark, detailed world with branching paths and secrets abound.

I am the owner of GamingOnLinux. After discovering Linux back in the days of Mandrake in 2003, I constantly came back to check on the progress of Linux until Ubuntu appeared on the scene and it helped me to really love it. You can reach me easily by emailing GamingOnLinux directly.
See more from me
Some you may have missed, popular articles from the last month:
The comments on this article are closed.
5 comments
Teodosio 22 Mar, 2016

I have been following this game for quite a while and I remember this was not initially planned to be released on GNU. Good stuff that the release is incoming! Looking forward to it.
0 Likes

View PC info
Yes! I pre-ordered this almost two years ago during the Kickstarter finale party for Last Life (it had Linux listed as a platform at the time). Totally stoked for this release, end of the month can't come soon enough!

Bad luck for me that it's literally the day before the spring NaNoWriMo, that'll be a fun combination.
0 Likes
Guest 22 Mar, 2016
Yeah im buying this def.
0 Likes

Doc Angelo 22 Mar, 2016
View PC info
This is very beautiful. Sometimes I can't even comprehend, that pixels can have that distinctive look that just leaves me breathless. Wonderful!
0 Likes

Quoting: Doc AngeloThis is very beautiful. Sometimes I can't even comprehend, that pixels can have that distinctive look that just leaves me breathless. Wonderful!

I’m not a fan of this blocky graphics trend; I wish more artists used antialiasing for their pixel art. It could even be programmed with a shader nowadays…
http://www.gas13.ru/v3/tutorials/handmade_antialiasing.php
0 Likes
While you're here, please consider supporting GamingOnLinux on: