Immortal Redneck [Steam, GOG], the FPS set in Egypt with rogue-lite elements now has a new game mode allowing you to explore a never-ending tower. 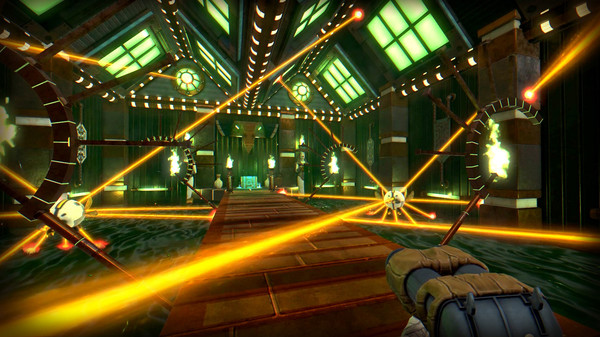 This new game mode does come with one caveat—you need to have completed the main game first. A nice addition, but I'm unsure about having the unlock-wall for such a feature. I suppose it's something to work towards for dedicated players. The icing on the cake is that it has Twitch integration, with a custom Twitch leaderboard.

I've put in multiple hours and I'm still stuck in the first pyramid, although I have been able to upgrade my character quite a bit thanks to the persistent progression. It's another game where the more runs you do, the better equipped you will be and it will get easier over time. I managed to reach some sort of boss fight in my recent run, but the damn thing was incredibly difficult and no checkpoint did feel a little harsh.

Still, I can't help but do just one more run, then another and yeah it can get a little addictive.

If you're looking for your next Linux native FPS, this is one not to miss out on. Especially with this new mode, there's quite a lot on offer here.

It's on both GOG and Steam, with it being 33% off on Steam right now.

Article taken from GamingOnLinux.com.
Tags: Action, FPS, GOG, Steam
4 Likes, Who?
We do often include affiliate links to earn us some pennies. We are currently affiliated with GOG and Humble Store. See more here.
About the author - Liam Dawe