I had to double-check I read the info right for this one! A released date has just recently been announced for the couch co-op adventure 39 Days to Mars [Steam, Official Site].

That's right, it's the 19th century and you've decided to build a spaceship to travel to Mars. Sounds like an amusing experience, but for those of you who don't have someone to play with you're in luck, as the ship's computer-controlled cat is also around to "help" you on your journey.

The release date has been announced for April 25th and Linux is included day-1, so not long to go, check out their recent trailer: 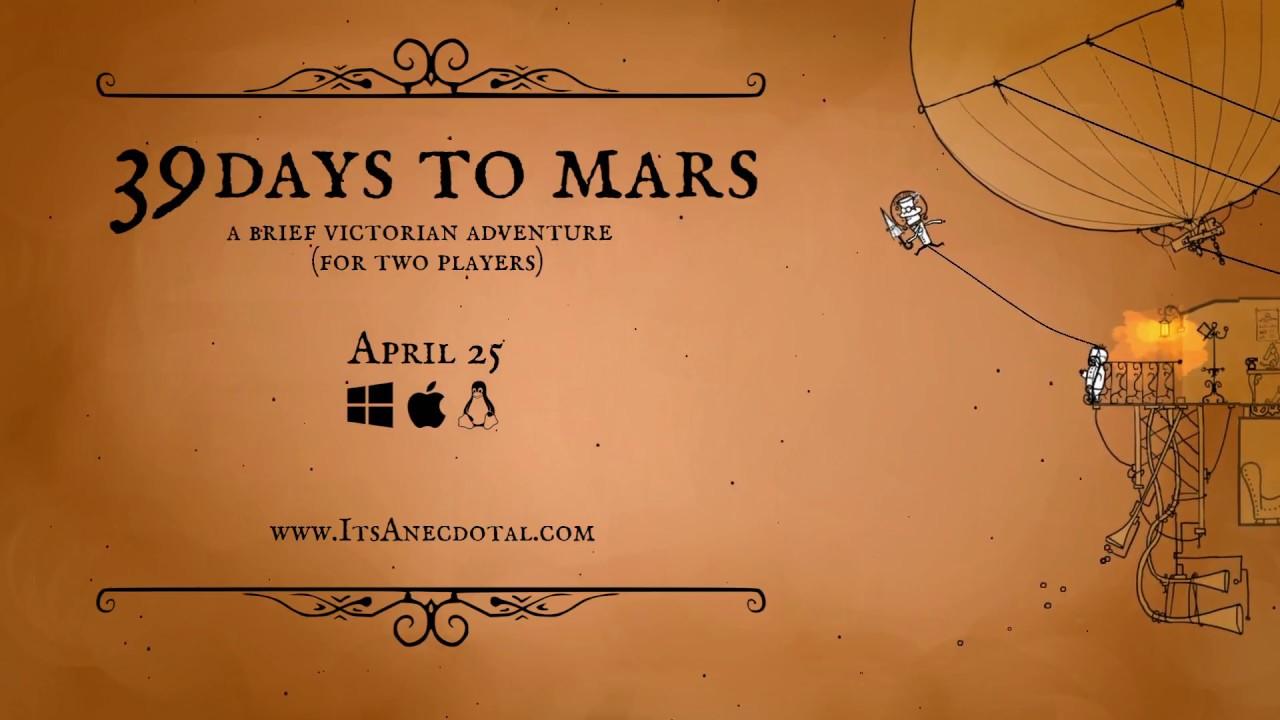 The game will involve a healthy mix of both action and puzzle sequences, with it supposed to be enjoyed in short sessions. The developer says the entire adventure can be played out in a single evening, so good for those of you with little time, but you want something to amuse you.

I look forward to having a cuppa in space.

View PC info
Ha! I hope this will come as bug-free as possible, because it looks like a fun game to play with. :D
0 Likes

View PC info
That could so be Liam doing the voices. :P
Still , amusing enough concept to give a go i suppose.
1 Likes, Who?

View PC info
This looks like more fun than driving to mars in a Tesla!
0 Likes

Eike 26 Apr, 2018
View PC info
This looks interesting, and it's out now!
Anybody already tried it?