In Deathbulge: Battle of the Bands, music is your weapon and it's coming to Linux

One Kickstarter I completely missed is Deathbulge: Battle of the Bands, a musical themed quirky RPG where music is your weapon. The campaign is over and it managed to smash the funding goal, with Linux noted as a release platform.

Based on the Deathbulge comic from Dan Martin (who is involved too of course in this), over two thousand backers pledged their support to give the developers just under sixty thousand dollars to bring the game to life. It smashed some stretch goals, including bringing in guest artists and having more character classes. 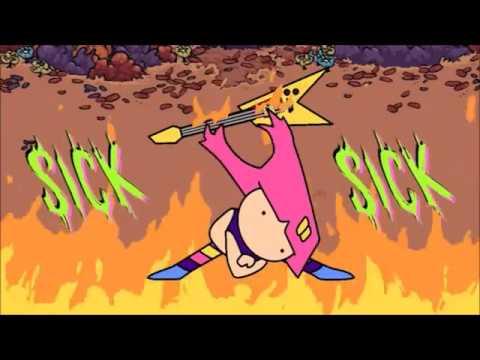 Deathbulge: Battle of the Bands is a role-playing game for PC, Mac and Linux (via Steam) similar to the likes of Final Fantasy, Grandia, LISA and Earthbound. The game also has an affinity with the sick and righteous, much like Sonic, Toejam & Earl and Tony Hawk's Pro Skater.

You play the role of DEATHBULGE, a band that stumbles into a CURSED Battle of the Bands contest, where all entrants can attack and be attacked with music. After all, it just wouldn’t be a real BATTLE if no one got hurt, would it?

Want to try and it see what you missed? Good news, they have a demo that's still up here. It's using the Unity game engine and it does seem to work quite nicely, although it's very early development stuff so keep that in mind.

Even with it being super early stuff, what's shown is quite promising. I'm a big fan of the combat system, which is based on a time-bar and when it reaches the end you can attack. What makes it clever, is that you have abilities that add negative effects to your enemy's bar or positive effects to you own, like speeding up your bar or giving damage on theirs.

Really liked what I saw from the demo, shall be following this one closely.

See the now-finished Kickstarter here for the full info.