Are you itching to play some Battle Royale on Linux? Now is your chance as the indie FPS game War Brokers [Steam, Official Site] just added a Battle Royale mode. 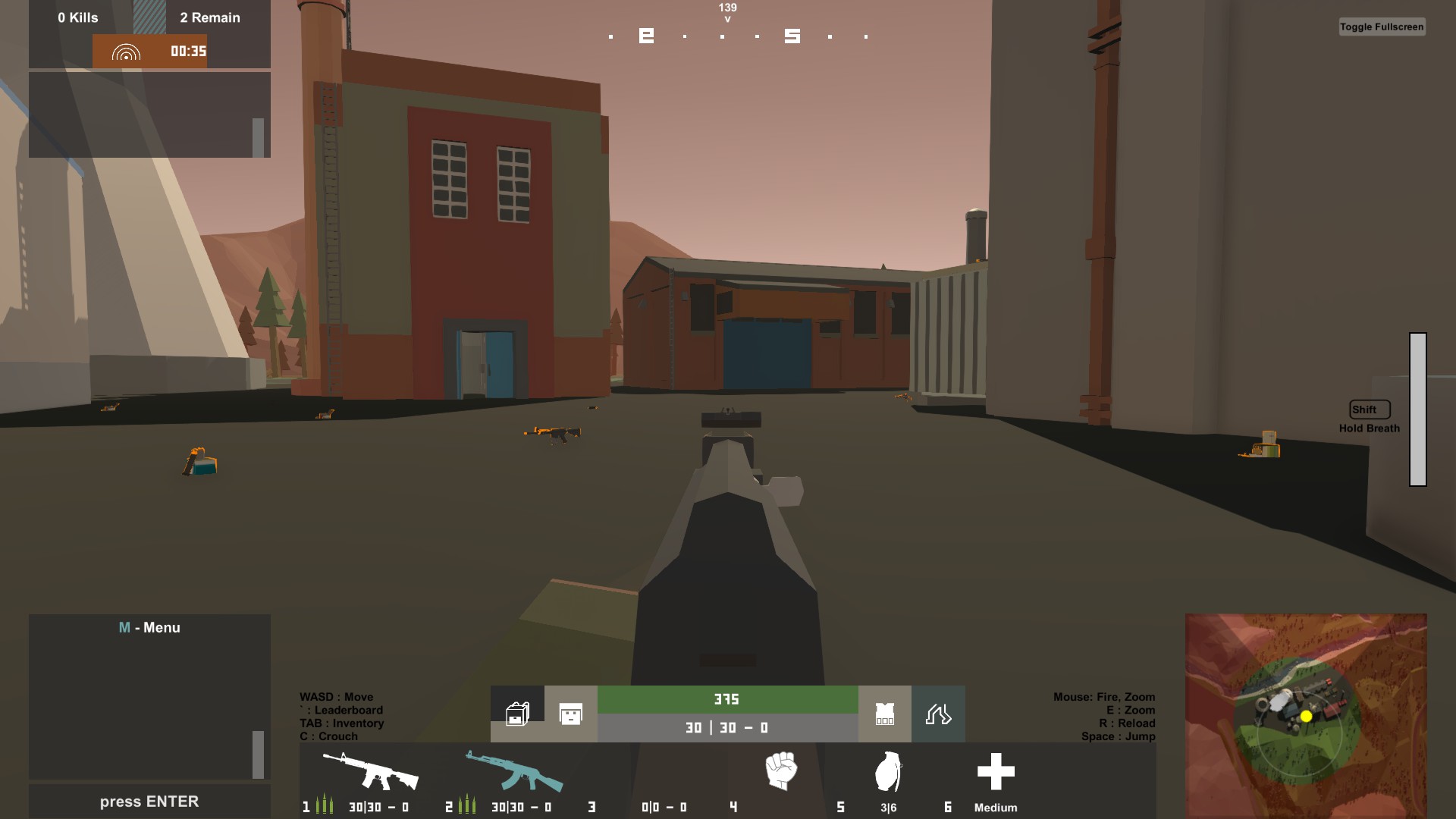 Here's what they say about the latest version:

It has the features we've come to expect from such a game mode, with you jumping out of a plane to begin with, a shrinking play area to make the fighting intense, weapons and armour pickups as well as a weapon attachment system.

It does have a few issues, sadly. They use the Unity game engine and so it does have the input bugs that are well known. Holding down a button, will act like it's being tapped so you can't bring up the bigger map and it instantly goes away and trying to run acts like you keep taking your finger off shift.

For a quick fix with those issues, you can use this Steam launch option:

It's still playable and surprisingly fun, but it will be even better when they officially fix those Unity input issues.

Find it on Steam for £8.29/$10.99. You can also try it in your browser here with some adverts, so the Steam version is the better experience.

View PC info
I just tried the browser version. There are no ads when you block malware ;)
0 Likes

I already have this game, haven't played it i a while now, but with a battle royale mode, I'm reinstalling it asap.

By the way, the browser version has a fps cap, the Steam version is way better.
0 Likes

View PC info
Hmm . Price is fair for the offering but I will hold off on the early access.
Wish I could buy a 4-game bundle on a sale to gift my friends. :)

EDIT : just noticed it is multiplayer only
Can you host your own (with friends/ bots) or are you dependent on their servers ?

Quoting: razing32Can you host your own (with friends/ bots) or are you dependent on their servers ?

Only in their servers, as far as I know, there are no bots.
0 Likes

demencia89 29 Aug, 2018
View PC info
I know one of the developers, we played a lot of PUBG together, he is a very cool dude. I didn't know they supported linux, tbh I'm so hooked to PUBG that I haven't tried this game yet, but the BR idea seems awesome, will give it a try.
0 Likes
While you're here, please consider supporting GamingOnLinux on: