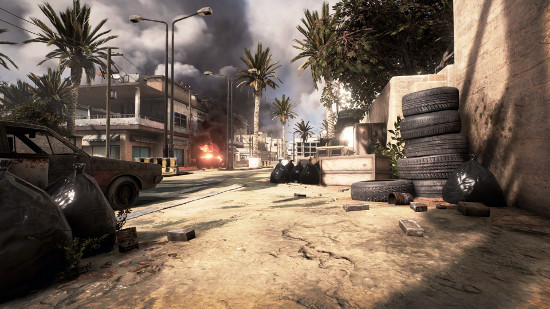 You guys love Insurgency right, the awesome FPS game that came to Linux last year? Well Insurgency: Sandstorm is coming with some Unreal Engine 4 goodness, and Linux is confirmed.

Since it's being made for consoles as well, we can expect much nicer gamepad support for the game.

QuoteIn addition to console support, Insurgency: Sandstorm will contain some exciting new features such as a new story mode and eSports framework. The game is being built from the ground up with competitive multiplayer, console split-screen, and singleplayer in mind. The story mode will focus on a squad of characters as they face increasingly challenging chapters, from the invasion of Iraq in 2003 through the insurrection period and leading to the present day.

I am looking forward to seeing the new Story mode it will have. Having a realistic FPS on Linux that has a singleplayer campaign as well as multiplayer? It's what I have bee dreaming of (Homefront: The Revolution is out this year, so it beats it).

Sounds like it will have an online beta before the game hits a final release too. Article taken from GamingOnLinux.com.
Tags: Action, FPS, Unreal Engine, Upcoming
0 Likes
Share

View PC info
Completely unrelated, but I can't see the word 'Sandstorm' and not snicker any more.
View video on youtube.com

jordicoma 23 Feb, 2016
View PC info
As yesterdey's news, http://www.phoronix.com/scan.php?page=news_item&px=Galaxy-S7-Launch-Event, the galaxy S7 at Mobile World Congress showed a demo with unreal 4 with vulkan on android.
Could this game have vulkan support for linux next year?
0 Likes

Quoting: KithopCompletely unrelated, but I can't see the word 'Sandstorm' and not snicker any more.
View video on youtube.com

Yes, Unreal Engine 4 will support vulkan. I'm betting Unreal engine will have a vulkan demo in 3-4 months.
1 Likes, Who?

Unreal Engine 4 has already supported Vulkan since yesterday and shared a demo for UE4 Vulkan on mobile devices.
1 Likes, Who?
Madeanaccounttocomment 24 Feb, 2016
I've been absolutely loving Insurgency and I can't wait to try their new game in 2017. Insta-buy.
0 Likes
1/2»
While you're here, please consider supporting GamingOnLinux on: