Insurgency: Sandstorm will have a delayed Linux (and Mac) release, story-campaign cancelled for now

Insurgency: Sandstorm the newest FPS game from New World Interactive is now entering a closed-alpha phase. The sad news is that Linux (and Mac) will see a delayed release. There's quite a lot of information to parse in their latest blog post, so I will only highlight some of the big stuff.

The first big shock, was that that they've actually decided to cancel the single player story:

As a team we have decided to make some shifts in the direction of Insurgency: Sandstorm. To start, the single player and cooperative story has been cancelled for release, and will be considered again at a later date.

I was excited about Sandstorm because it would have a story-based story mode and wouldn't be just another FPS. Still, Insurgency (the original) is a pretty decent FPS and we don't have a lot of choice on Linux even now for realistic shooters, so I do hope Sandstorm takes everything good about the original and expands and improves it.

They're also adjusting the setting of the game, to not be based on any particular region. Instead, they're going to use real world stuff only as inspirations for the setting. That makes sense really, it gives them far more to play with in terms of style and content and can stop them from going into potentially sensitive areas of the real world.

Moving onto what they said about Linux support, the good news is that they're fully open about this and it's not cancelled, just delayed:

As far as platforms go, we’ve decided to delay Mac and Linux support for post-release. We’re finding our time will be best spent on developing for Windows, Xbox One, and PS4. Our priority is to make those three platforms fully functional first, then expand after release.

Considering they've done a reasonable job of Linux support with Insurgency and Day of Infamy, I fully expect them to deliver on the promise of a Linux version. However, they are using Unreal Engine 4 now (and we know that has plenty of Linux issues) instead of Source, so I do hope with the extra time they can get a decent Linux version out.

They've also said the "Fire Support" feature from Day of Infamy will come to Sandstorm, where two classes come together to do things like arranging an air strike. It's a really awesome teamwork feature, so I'm pretty happy about that coming to the game. 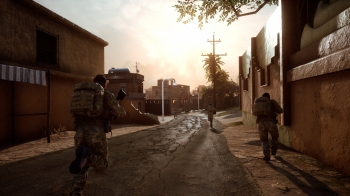 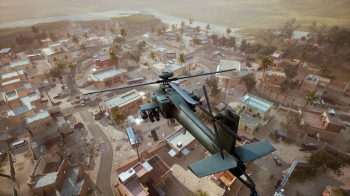 You can read their full update post here. I will keep you posted whenever I hear more about the Linux release.

Trump 3 Jan, 2018
View PC info
The Linux sales prob wont be as good as it doesnt have story and its not day1. :/oh well another day, another game delayed.
2 Likes, Who?

View PC info
At least they have properly announced and seem on track. I would rather hate it if they kept announcing they intend to keep a single player mode just for it to be a shallow and boring mess.

I also hadn't heard about this guys. But it seems like $1.45 seems like a must-try price tag for the old one. Hope they don't keep the penguins waiting for too long!
2 Likes, Who?

View PC info
My faith in New World is firm, since Insurgency is one of my all time favorites. The news seem worrying, but I believe they will deliver an amazing game that will see a Linux release eventually :)
2 Likes, Who?

View PC info
I hope they know what they are doing. If Linux comes with Solo campaign, well, it's not that bad after all.
1 Likes, Who?

Care to elaborate on that? I feel like I'm missing something...
3 Likes, Who?
Guest 3 Jan, 2018
Sick of the desert conflict setting. It's been done to death in FPS games.

They were actively developing new features and improvements over 4 years after Early Access release, while now they are supporting the game by bugfixes. What is your problem?
2 Likes, Who?

i still play insurgency from time to time, and i mentioned nothing like you wrote above.
what do you mean? What did i miss?
0 Likes

demencia89 4 Jan, 2018
View PC info
Insurgency is the best FPS for linux. Too bad they're cancelling the campaing and they prioritized consoles over Linux....
0 Likes
1/2»
While you're here, please consider supporting GamingOnLinux on: