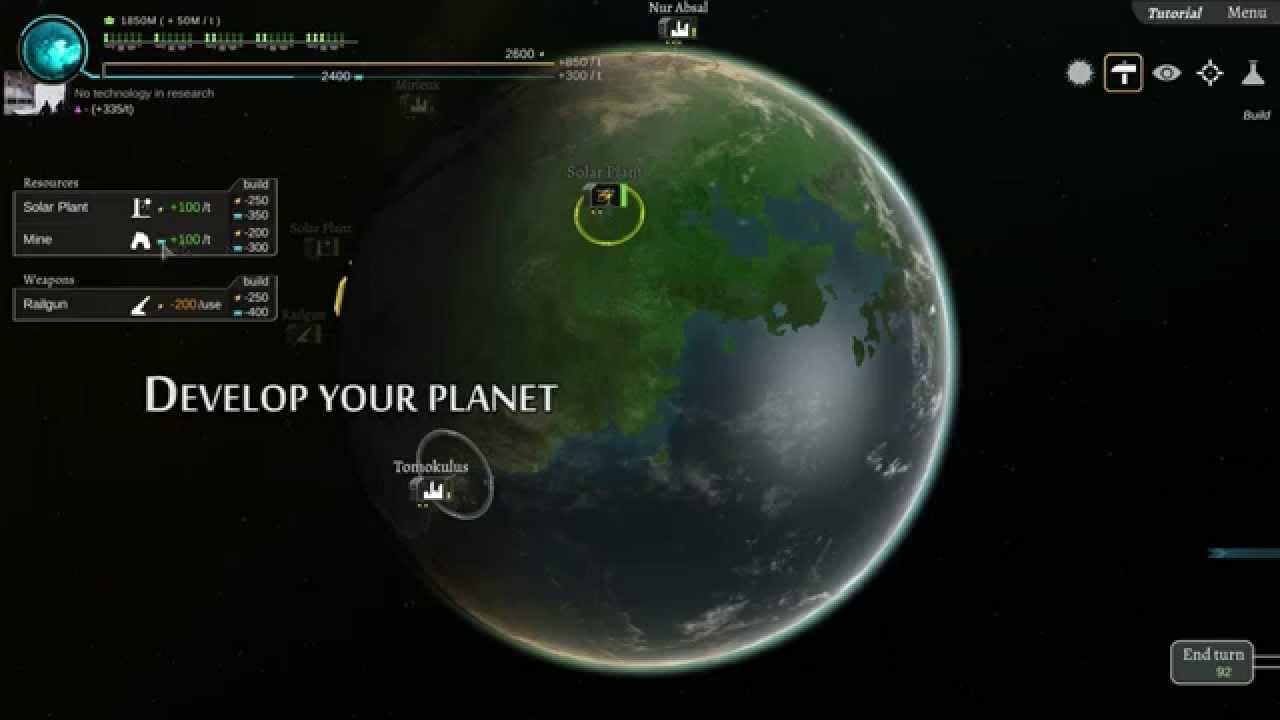 YouTube videos require cookies, you must accept their cookies to view. View cookie preferences.
Accept Cookies & Show   Direct Link
Interplanetary is a very intriguing game about firing missiles, railguns and lots of fancy weapons from your planet, to an enemy planet, and it’s quite good.

Note: Key provided by developer, as always my initial thoughts are honest. If it’s crap, I will say it’s crap. A key will not affect my opinion.

About the game (Official)
Interplanetary is a turn-based strategy artillery game based on a hard scifi setting. It offers players an interplanetary battlefield where they can develop their home planets and use massive artilleries to wage war.

It's an arms race of interplanetary scale, with each planet developing increasingly powerful railguns, missiles and even beam weapons. Sometimes, the greatest foe is the unpredictable planetary system with its treacherous gravity wells. Mind your surroundings, use them to your advantage and blast your enemies back to the stone age!

My thoughts
It’s quite an odd game really, as you control a single planet in a solar system, build upon it, and fling different weapons around.

Myself and Samsai tried it properly earlier, and while the game is quite slow-paced, it’s still reasonably fun to get into. The game may look confusing and intimidating at the start, but the tutorial text is easy to follow, and the mechanics aren’t actually all that difficult to get into. I even managed to get a few rockets to hit an enemy AI planet, and I consider that a great achievement in this game.

The game is based on turns, so everyone takes their turn building on their planet, selecting a course for their weapons and selecting research. All the great makings needed for a strategy game indeed!

Anyone who has played 4X games you will feel right at home I imagine with this game, and the research tree is very much like those found in Civilization.

I found it rather difficult to get my rockets, railguns and whatever else to even get close to the enemy planet at the start, as it isn’t just the gravity from the sun you need to worry about. Another planet may move between you and your target during the action phase (when you end your turn). That planet's gravity will then affect your weapon, and it could even send it right back at you, if like me, you’re unlucky—R.I.P city full of people.

There is no campaign or story mode, it’s mainly either you vs AI, or online vs real people.

Final thoughts: It’s interesting, and if you like trying to calculate gravity and you love to destroy planets then go for it. I did enjoy my time on it, but it’s not something I will constantly go back to.

About the author - Liam Dawe
I am the owner of GamingOnLinux. After discovering Linux back in the days of Mandrake in 2003, I constantly came back to check on the progress of Linux until Ubuntu appeared on the scene and it helped me to really love it. You can reach me easily by emailing GamingOnLinux directly and find me on Mastodon.
See more from me
Some you may have missed, popular articles from the last month:
The comments on this article are closed.
1 comment
While you're here, please consider supporting GamingOnLinux on: