Here's a fun one if you're in need of something a little different. Invisigun Heroes [itch.io, Steam] is an arena battle game where everyone's invisible. 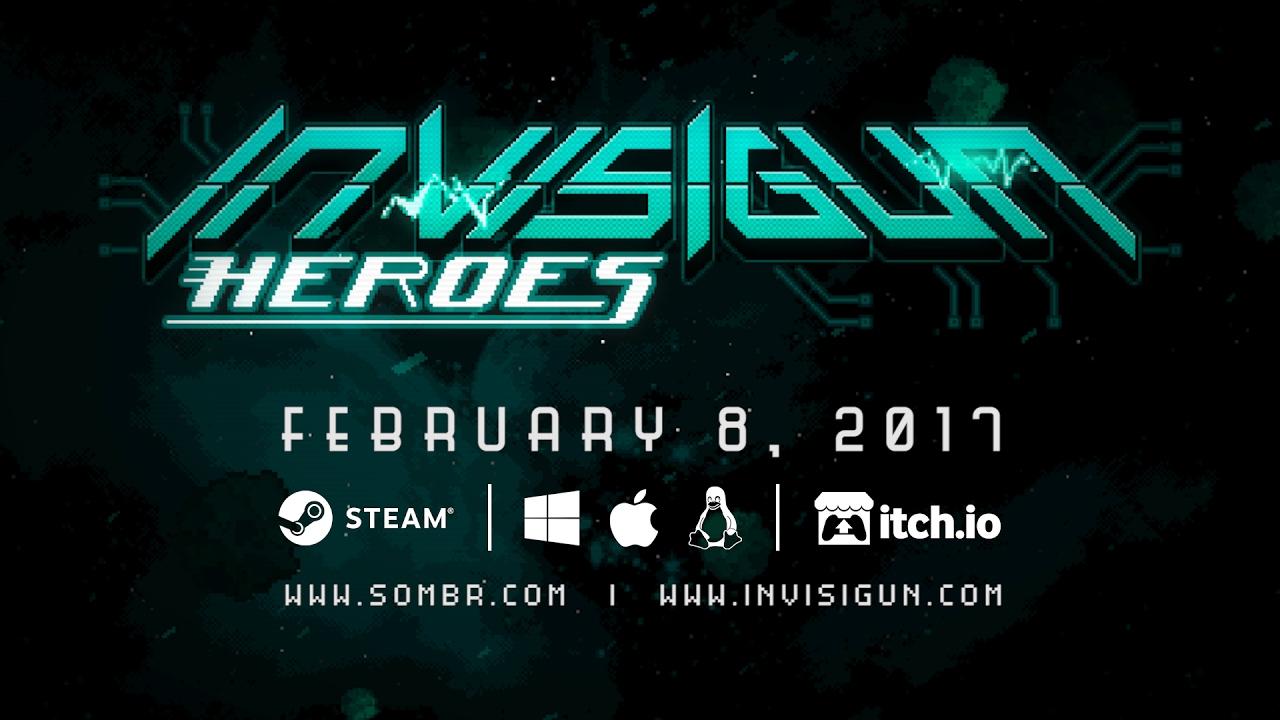 Note: I originally tested this with press access from itch.io, but just as I was about to publish the developer kindly sent over some keys!

You might think "well, that sounds confusing as hell!" and it is, but it's the hilariously fun kind of confusing.

The game has single-player, local co-op and online play. You can even mix local players in while playing online, making it a pretty decent experience. There's not many playing it online, but it does feature bots which are surprisingly good at completely kicking my butt.

There's over 50 maps spread across 5 planets, each having different obstacles, weather and hazards. There's 8 different fighters, each having their own unique ability too, which can really make things quite interesting. Some can smash the ground, some can deploy a drone to reveal an enemy and so on. There's quite a lot of variety on offer and it can get quite hectic. Well, as hectic as it can be when most of the time you can't see anyone.

You do become visible when you do certain actions, like shooting, using an ability and they can see your footsteps if you run over water as well. There's a lot of thought put into it and it shows, it looks fantastic!

It's not just a free for all arena shooter though, as it does feature various game modes. You can battle for control of a zone or claim the most land by walking over it. There's even a mode where you control an object for the most time to win, while not being able to fire and being visible whilst you have it and more!

The only issue I had with it, was that the bots didn't really understand some of the game modes, but not a major problem if you're going to play it locally, on your LAN or online.

A pretty slick feature, is the ability to save the winning shot as a gif, like this:

Time to show off your mad skills!

If you want to make sure it works before buying it, both itch.io and Steam have a "Guest Edition", which allows you to play online and locally but it is very limited and meant to serve as a basic demo.

Really fun, quite addictive and well worth taking a look at. Considering how fun I found it, we will likely feature this in some livestreams!

View PC info
Interesting. :) Looks like a fairly unique concept. I'll be keeping an eye on this one.
0 Likes

View PC info
Glad you picked up the suggestion.
I didn't know about the guest edition, but I tried it now and it generally seems to work. I had trouble joining any match though, the game always said the match had already started.
Anyway, despite being limited I think it's good enough to join you when you play :)
0 Likes

View PC info
I've been enjoying this game since the middle of August. It was a great hit @ 2 of the BBQs that I ran @ my place and 2 of my cousins bought it and are in love with it. It's an awesome game.
0 Likes
While you're here, please consider supporting GamingOnLinux on: