Well this was unexpected! 3D Realms is back, teaming up with Voidpoint for a brand new FPS named Ion Maiden [Steam, Official Site] and the first part is now available in Early Access with Linux support.

It's using an upgraded version of their "Build engine" to include bigger levels, more colour support and many more modern features. However, they said it's being built using original old-school tools and methodologies. They say it's the "true successor to classic shooters such as Duke Nukem 3D, Shadow Warrior and Blood". 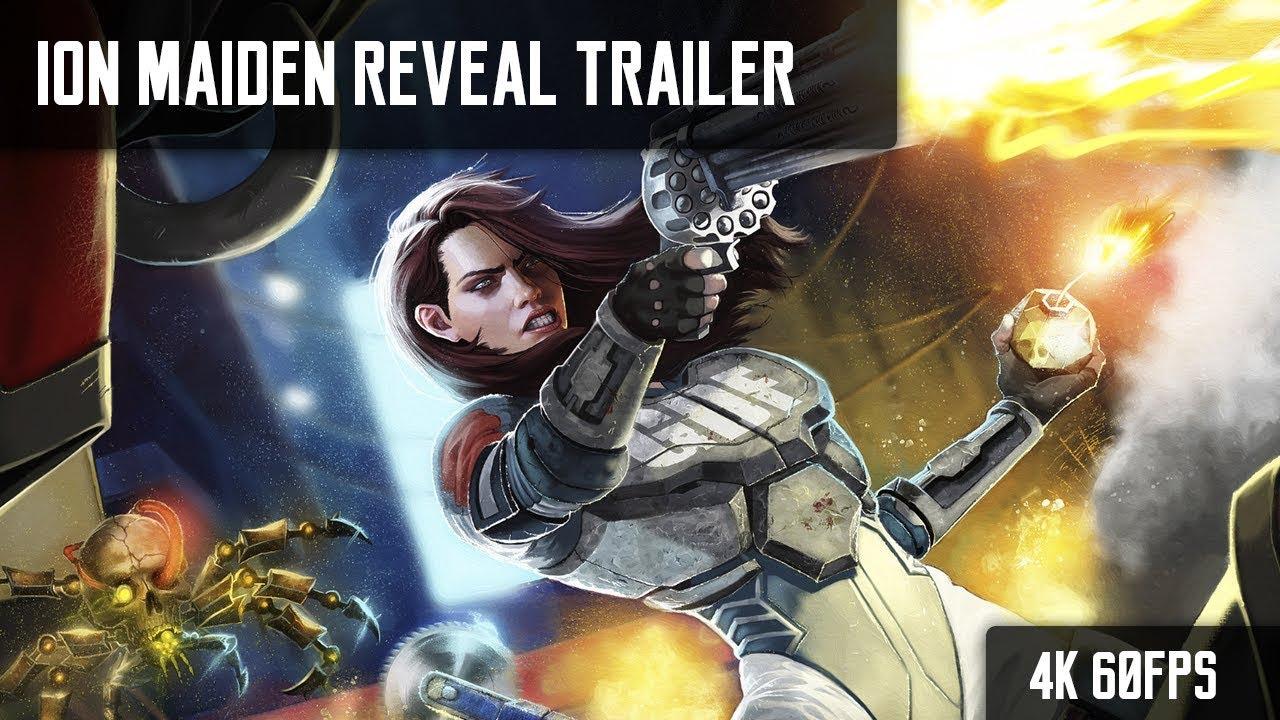 From the press release I got sent today:

Ion Maiden laughs at the idea of constant checkpoints and straight paths through shooting galleries. But just because this is a true old-school first-person shooter doesn’t mean there won’t be all the good new stuff the last two decades have brought. Headshots? Hell yeah. More physics and interactivity? You betcha. Widescreen, controller support, and Auto Saves? 3D Realms and Voidpoint took the best of both worlds and cooked it all into a bloody stew.

3D Realms and Voidpoint are proud to bring back the Build engine, which powered Duke Nukem 3D, Blood, and Shadow Warrior, in all of its hand-crafted pixelated glory. They’ve spent a lot of time tinkering under the hood to take advantage of new technology and techniques. Bigger levels, hundreds of new colors, and morphing maps that transform mid-level are all just a few of the advancements made to the engine.

On top of crafting an oldschool FPS with modern touches, they are also hinting at some form of multiplayer too.

"Bringing back classic build-engine shooters has been our aim for years, so we’re diving right into a spiritual successor to the games which put 3D Realms on the map,” Frederik Schreiber, Vice President, 3D Realms. "The team assembled for this project knows exactly how to execute our vision, and we couldn't be more excited to finally bring back a true 3D Realms shooter."

Pretty nice that it has full Linux support—exciting! The current version is a "polished exclusive multi-hour preview campaign", with a plan for the full game to be ready in "Q3" of this year.

You can grab it from Steam, or from their official site for a fully DRM free build. From what I understand it will also head to GOG sometime as well, but I've not been told when.

I am the owner of GamingOnLinux. After discovering Linux back in the days of Mandrake in 2003, I constantly came back to check on the progress of Linux until Ubuntu appeared on the scene and it helped me to really love it. You can reach me easily by emailing GamingOnLinux directly.
See more from me
Some you may have missed, popular articles from the last month:
The comments on this article are closed.
121 comments
Page: 1/13»

View PC info
This is a game I didn't know I needed, but apparently I need it. I'm glad 3D Realms is still around in one form or another.
4 Likes, Who?

View PC info
Will I buy this? Fuck yeah!
2 Likes, Who?

View PC info
I guess this will be one game they won't problems have porting to. Looks great, Blood remains my fav of the Build Engine games.

View PC info
If this is DRM-FREE they got my $$$$. Been playing a lot of Brutal DooM LAN too! That old-school engine look for id and 3DRealms is awesome.
0 Likes

View PC info
I hope everyone enjoys the game! Everyone at Voidpoint and 3D Realms has been working extremely hard to bring a kick-ass classic experience true to the engine's legacy.
8 Likes, Who?
EndeavourAccuracy 28 Feb, 2018

View PC info
They really couldn't finish the game first, and have to release into Early Access, huh?
No money left to add Steam Cloud support (or Achievements)?
I'm willing to bet Voidpoint just reused a (mildly tweaked) old 3D Realms engine.
Other than the nostalgia factor, nothing about this looks appealing.
Thanks for supporting Linux, I guess. Now, can we get more real games?
3 Likes, Who?

View PC info
Well considering how long their previous game took before it was released lets just hope that this does not stay that long in early access.
0 Likes
1/13»
While you're here, please consider supporting GamingOnLinux on: