AI War II [Official Site], the new strategy game from Arcen Games has hit a few delays along the way, but it's possible it may launch on Steam next March. 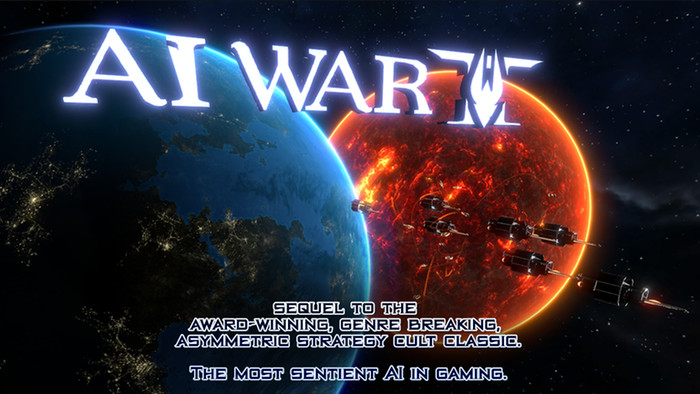 Great, but what is it? It's a grand strategy game set in space, much like the original AI War: Fleet Command, but with improved graphics, same-day support for Linux along with many more changes.

For those that don't remember, Arcen put up a Kickstarter for AI War II in 2016 which initially failed. Then they relaunched with a lower goal, which was successful.

In their most recent update post on Kickstarter, they said this about the release:

Obviously these dates get less certain as time goes out further, but the idea is that about a month after the press gets their hands on the game, we launch the 1.0 on Steam.

The exact day will partly be determined by what is going on with other game releases by other developers, what conferences and conventions are in that time period, what store-wide sales might stomp our launch, and so on. We won’t have visibility on what the exact ideal release date is until probably 6 weeks prior to choosing the day; and even then we might need to shift the day forward or back a week or so because of something else in the market that comes up.

So it's still all subject to change right now, but it's good to know they're still working away on the game.

Article taken from GamingOnLinux.com.
Tags: Steam, Strategy, Upcoming
1 Likes, Who?
We do often include affiliate links to earn us some pennies. We are currently affiliated with GOG and Humble Store. See more here.
About the author - Liam Dawe