It's time to begin your descent, as the six-degree-of-freedom shooter 'Overload' is now out

Overload [Official Site] is easily one of the best six-degree-of-freedom shooters in my eyes and the full release is now available with great Linux support. I've played a number of similar games, but nothing has come as close to perfection as this for me.

Disclosure: My key was provided by the developer some time ago.

Even during the Early Access builds of the game, I spent quite a few hours happily roaming around the challenge levels. The great style to it, along with the silky-smooth gameplay showed how Revival Productions knew exactly what they were doing. With good reason too, since their team is made up from some of the original creators of Descent.

The full release comes with everything I could want in such a game, including a singleplayer campaign with plenty of levels, a ship you can keep upgrading, 20+ different enemy robots with different attacks and behaviours and a story written by the writer of FREESPACE 2 (one of my all time favourite games). 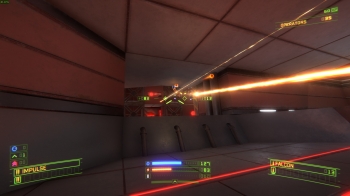 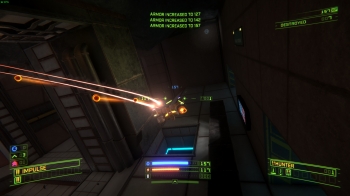 It has such exceptional combat, with weapons that feel as meaty as they look and sound. Firing off a rocket and seeing it impact on an enemy, it's absolutely glorious. It's not just the combat that makes it great, graphically it's really quite impressive too. The textures as well as the lighting, especially during combat-heavy sections is very impressive with all the reflections of the weapons bouncing off the walls, it's really quite a sight.

Since this is the full version, this also comes with online and LAN multiplayer for up to 8 people, with multiple game modes. I was a little cautious in my optimism for the online mode, I wasn't too sure how it would feel in comparison to the singleplayer as it's so focused. Silly really, because it's wonderfully fun and really gets your blood pumping. See this awesome shot I managed to grab during a firefight: 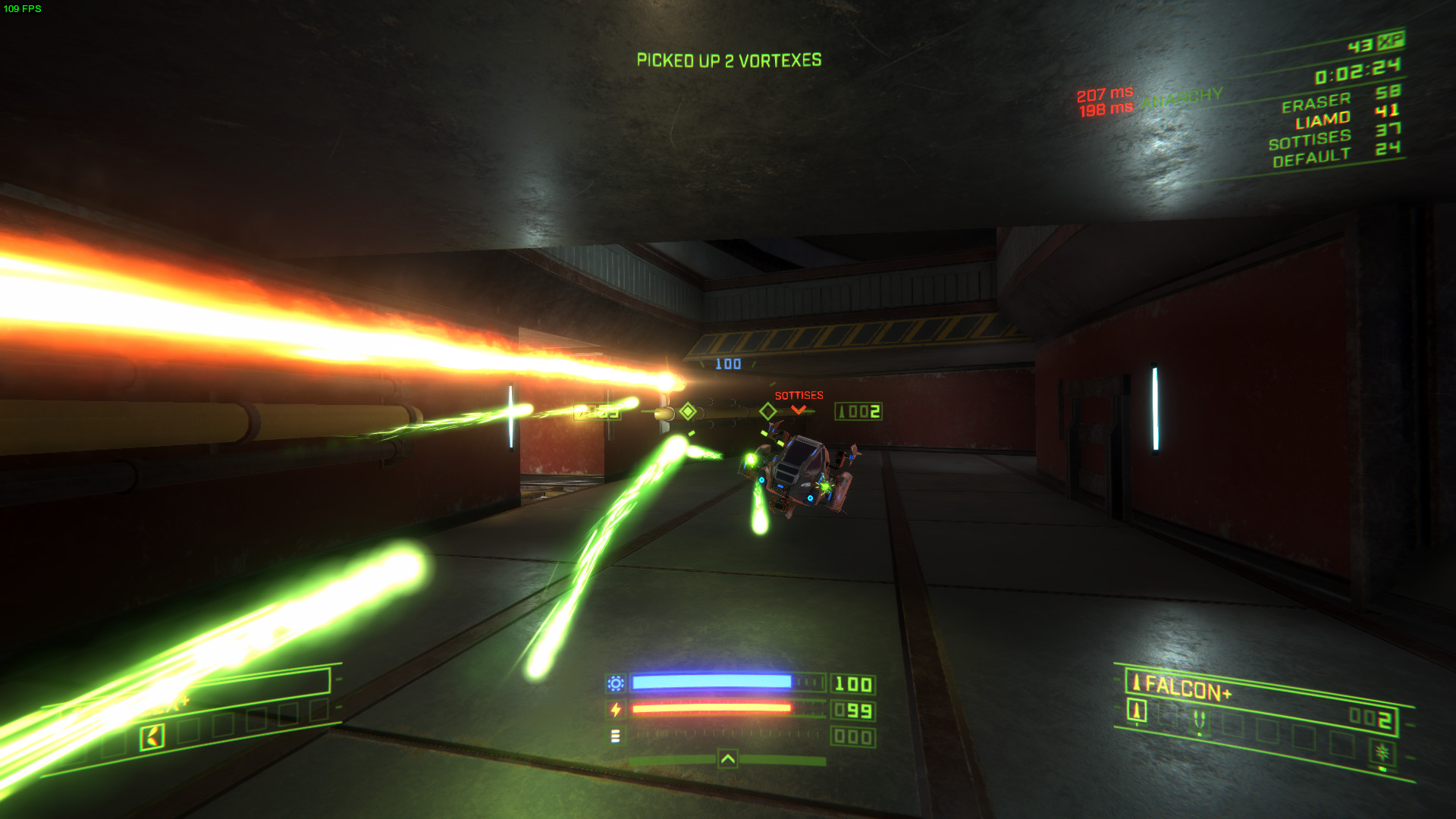 Pretty sure I died shortly after this was taken.

The Linux version is absolutely quality too. It looks good, it performs well and I haven't actually encountered any Linux-specific issues at all (aside from the menu still saying it's a development release—woops). All through development they've managed to have a Linux version that could put others to shame. Seriously, I'm amazed by it.

It deserves your time and attention. You can find it on Steam. It's supposed to be on GOG too as per their announcement, but it seems to not be showing up right now.

They're also doing a launch livestream on YouTube and Twitch.

Article taken from GamingOnLinux.com.
Tags: Action, Indie Game, Review, Steam
11 Likes, Who?
We do often include affiliate links to earn us some pennies. We are currently affiliated with GOG and Humble Store. See more here.
About the author - Liam Dawe

View PC info
Super happy to have backed this one on Kickstarter and to have helped Revival get their initial Linux builds tested!

The new cutscenes and voice overs in the release build are adding a lot more to the game/atmosphere than I expected :D
8 Likes, Who?

Quotestory written by the writer of FREESPACE 2

View PC info
I backed that one because I ever felt descent* was superiour over doom*. I am so happy it is still like that! Just love it, and I hope I will find the time for playing the released Version, soon. I would buy it again!

View PC info
I backed this one too, and I'm very happy I did. I've tried out the pre-release builds, but never more than a few minutes here and there. I didn't want to burn out on it before the final release.

The pre-release builds were soooo good, I can hardly wait to get home and fire this up!
1 Likes, Who?

View PC info
I didn't expect this to have a full-blown campaign.
Well, it's in my wishlist now. We'll see when I get around to it!
0 Likes

Gobo 31 May, 2018
View PC info
This one is a real gem! It's got the solid singleplayer with lots of exploration as well as the frantic multi player action and even includes LAN play. It also features challenge modes where the bots or auto-ops continuously spawn and grind you down, it is really fun to play.

In my opinion they nailed the scale, the speed, the geometry, the pickups, the AI and the outlines to differentiate the various enemy types.

I just hope I will be able to run the editor as well, couldn't get Unity3D to start on my machine yet after trying about two times a year. Seeing Mike and Luke demo putting together cubes is a trip down memory lane.

I keep my fingers crossed for being able to build non euclidean spaces like I did 20 years ago for all the players that think 6doF is not disorienting enough already :)
1 Likes, Who?

View PC info
I have signed my wallet up for psychiatric therapy. It's gonna need it after I beat it up with all these games. :D
0 Likes

View PC info
Sweet! Anyone test the Saitek X52 Pro and/or a Vive with it? Pretty sure this one had VR support...
1 Likes, Who?

Quoting: slaapliedjeSweet! Anyone test the Saitek X52 Pro and/or a Vive with it? Pretty sure this one had VR support...

This is the first build of the game to use a version of Unity that has VR support on Linux. I haven't had time to unpack my Vive and check whether it's enabled/works or not yet though.
2 Likes, Who?

View PC info
About the lack of GOG release, the dev' said that on Steam :

QuoteNot yet; we ran into an issue, and they have a holiday today so we are having trouble resolving it. Not a set ETA; hoping by tomorrow...

So I'm waiting! :)
0 Likes
1/3»
While you're here, please consider supporting GamingOnLinux on: