Jack Orlando: Director's Cut now has a Wine-port on Steam for Linux 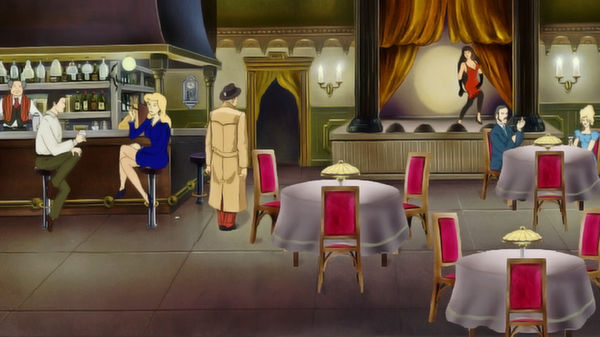 Jack Orlando: Director's Cut [Steam], an adventure game published by Topware is the latest game of theirs to get a Wine-port on Steam.

See the announcement here. They do note some issues to be aware of!

For those that don't know: Topware have been Wine-wrapping a bunch of their old games to give them a Linux version on Steam. This is a good example of Wine use in my books, since games that otherwise wouldn't get a Linux version are using an open source project to do it. If Wine gets updated and the game works better, they can simply slot in a new Wine version. It's a nice approach to show them Linux sales and it gives Linux users a game that has been officially tested in Wine too.

About the game
You, my friend, are the main suspect in a murder case! You’ve been given a chance to prove your innocence, so you better get your Sherlock Holmes act together – fast! In the character of JACK ORLANDO - the down-at-heel detective who’s never at a loss for words – you’ll come across cunning characters, garrulous gangsters, endless enigmas and tense situations throughout this fantastic comic-style adventure. There are 4 entire episodes containing over 200 action-packed scenes in dark alleys, fine saloons and seedy brothels – and the actors are a multitude of tough and sly underworld characters. You’ll have to keep your eyes wide open for clues, no matter where you are... only by putting two and two together will you reach your objective. Article taken from GamingOnLinux.com.
Tags: Adventure, Steam, Wine
8 Likes, Who?
We do often include affiliate links to earn us some pennies. We are currently affiliated with GOG, Humble Store and Paradox Interactive. See more here.
About the author - Liam Dawe

View PC info
Played this game many, many years ago and loved it. It's flawed, and difficult, but the atmosphere, plot and original soundtrack are top!

View PC info
Since the game is on GOG, they should probably release the Linux update there too. They did it for Two Worlds.

QuoteIf Wine gets updated and the game works better, they can simply slot in a new Wine version.

I prefer to use regular Wine however, because exactly of that. Topware aren't going to update the Wine wrapper, it's an extra burden for them. Case in point, their previous releases.

View PC info
One of the adventure point and click games of my childhood, has a very special place in my heart

Guess what's next - not that much left, seems it's 13/24 (25 if you count removed original Two Worlds) games already

ArehandoroPlayed this game many, many years ago and loved it. It's flawed, and difficult, but the atmosphere, plot and original soundtrack are top!

I wish this wine port it's on GOG at some point too...

It will be, we've just received a few Mac & Linux games from the publisher but we need to test them to make sure everything is working as expected

Sorry for the bit of a delay