Hyperspace Dogfights [Official Site], a very colourful jet-combat roguelike is set for release on May 14th, which will include Linux support. The developer notified me of the release today, since I took an early look at it back in April of last year.

Check out their fancy launch trailer: 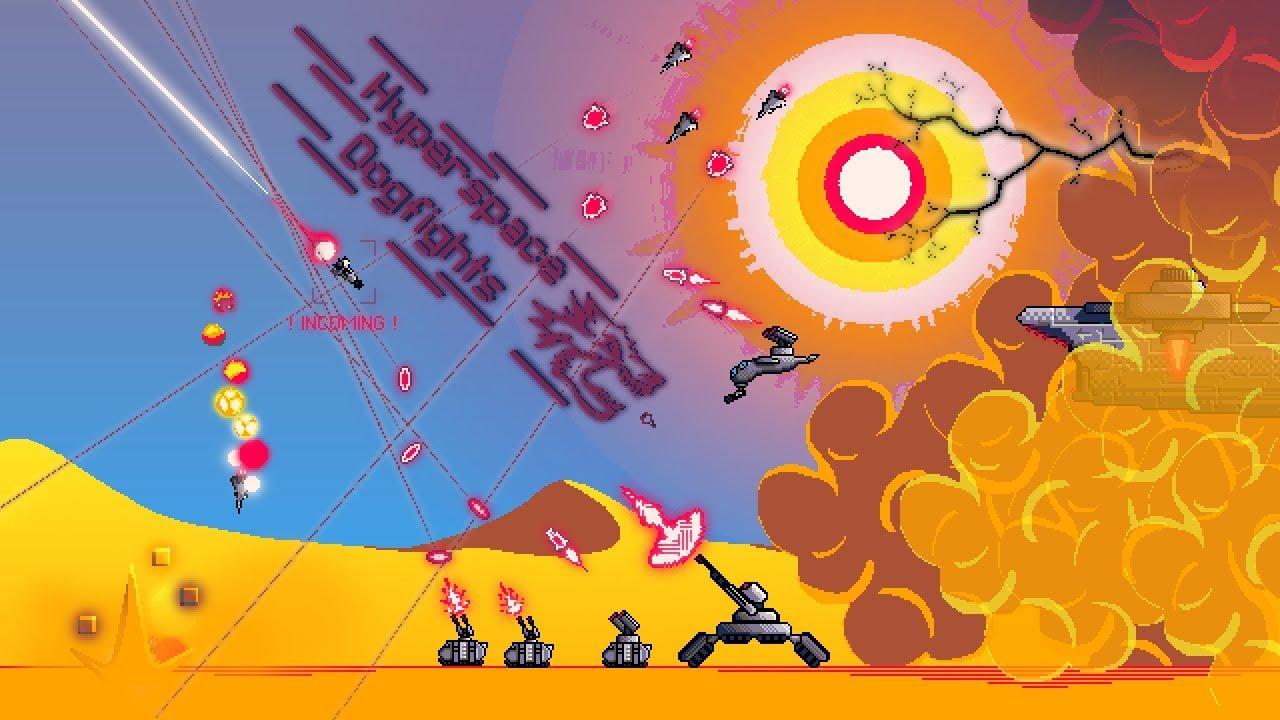 I've had a bit of a blast with it today, as the developer was kind enough to send over a pre-release key.

It's an absolutely mental game, one where you can pull of some seriously slick moves thanks to gravity's pull. You can drift all over the area with forwards and backwards boosters, enabling you to dodge the many enemy bullets that will be flowing across your screen. It's quite difficult too, I've had my butt kicked many times already! I also love the fact that you can scrape the ground and kick up some dirt when you get too close, looks awesome.

Looking forward to trying out plenty more closer to the release. Find it on Steam. It is available on itch.io with some earlier builds and the developer told me it will also be updated once the Steam release is done.

I am the owner of GamingOnLinux. After discovering Linux back in the days of Mandrake in 2003, I constantly came back to check on the progress of Linux until Ubuntu appeared on the scene and it helped me to really love it. You can reach me easily by emailing GamingOnLinux directly.
See more from me
Some you may have missed, popular articles from the last month:
The comments on this article are closed.
3 comments
8BitSloth 3 May, 2018
Calling this a roguelike is like calling Halo an MMORPG.
0 Likes

Quoting: 8BitSlothCalling this a roguelike is like calling Halo an MMORPG.

Heh, I had this come up recently while livestreaming Basingstoke. The definition is so varied now, it's hard to say what is and what isn't.
0 Likes

View PC info
This looks like a clone of Luftrausers.
0 Likes
While you're here, please consider supporting GamingOnLinux on: