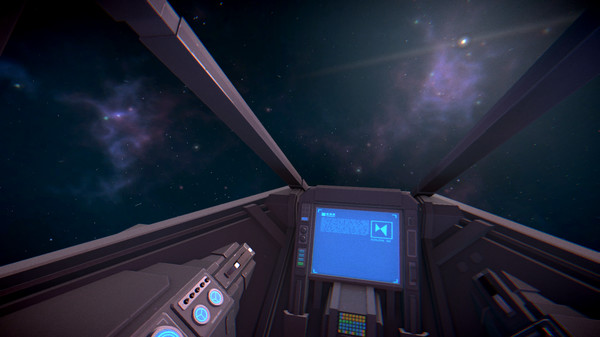 Jumpdrive (previously known as Paragon), a pretty good looking sandbox space sim is alive again and the developers have released the first Alpha build in many months.

What's new in this Alpha?


Quote- Completely overhauled physics system which should improve spaceflight reliability and feel and remove multiple problems that existed within the older system.
- Improvements to HUD, including new ship contact list readout.
- Massive art overhaul, new ships and stations as well as remodels and re-textures of many current ships and stations.

Sounds good, hopefully they will get back to regular updates with some expanded content for the universe.

They said on June 2nd that in around 24 hours the Linux build should be updated, so I imagine it is by now.

About the game
Jumpdrive is a sandbox space sim set in an alternative future heavily inspired by classic 80s sci-fi. Fight, trade and explore in a massive procedurally generated galaxy of millions of planets and stars. Amass money and power, upgrade or purchase new ships, and one day create your own small fleet with a base to call home.

There is no Linux/SteamOS icon, but it is a Linux game I assure you.
Article taken from GamingOnLinux.com.
Tags: Early Access, Sandbox, Simulation, Steam
0 Likes
Share

View PC info
I wonder why it doesn't have the SteamOS icon...
0 Likes
harfield 4 Jun, 2016
When the first version of Alpha 12 came out they had problems with libs and symbolic links ; I managed to replace all the missing libs, but than I had a "creating context for OpenGL 2.1" error. Now, with the final release of Alpha 12, they solved the missing libs issues, but not the OpenGL one.

I'm no expert but I've already seen an indie dev looking for help to solve this issue and I believe it isn't so hard to fix, so if someone know how to do it I believe they could use some help.

As for the game itself, it was apparently abandoned for the past half year or so, then a single dev start to post some stuffs on Steam and reddit about 3 months ago. I wasn't very confident anymore that they were still working on the game... That said, the game is promising : it's a fork of Pioneer (who is a remake of Frontier Elite) but set in a distopian universe where cold war never ended. The game has a unique "future-past" art and feeling (I don't know if we say that in English) that is truly awesome! Hope they manage to go on with the project (and the linux version of course), but for now I'm still a little bit skeptical because there is still a lot of work to do and they seem to be just 2 devs...

View PC info
Oh! It's Paragon? That's news to me, and welcome news at that!

Paragon was one of the first games I put on my wishlist/follow list when I joined Steam, and I was disappointed by it's apparent demise.


Last edited by Nanobang on 5 June 2016 at 1:45 pm UTC
1 Likes, Who?
harfield 5 Jun, 2016
The game is now working on linux. There is a lot of issues, but none related to the linux port, everyone is having the same problems, that is : fast travel is crashing the ship (and sometimes the game), autopilot is completly lost and some other minor bugs.

For now I believe Paragon is the pretiest Pionneer fork (the game looks really good, it's not realistic but it has style), but Pionneer Scout Plus is still the most playable one.

Liam Dawe 6 Jun, 2016
View PC info
Yes it is Paragon, but then Epic Games made their own game named Paragon. Some sort of deal was made and the new name came up. I just hope Epic were nice about it, considering this game had the name first.
0 Likes
While you're here, please consider supporting GamingOnLinux on: