KeeperRL, a dungeon simulator with a mixture of roguelike and RPG mechanics had another massive update at the end of last month.

One of the biggest additions to the game in a long time, is the introduction of Z-levels. You're no longer confined to a flat space to build, since you can dig deep to get extra resources, encounter new enemies and more. This really does change how you play the game quite a lot, giving you so much more breathing room to make a massive dungeon, it's going to keep me coming back a lot more. 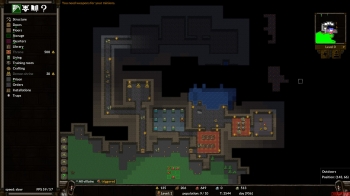 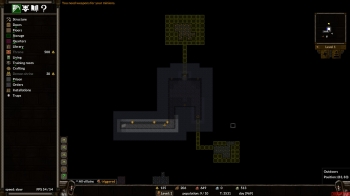 The developer has long said KeeperRL is an "ambitious" game and this feature certainly makes that even more true.

Other highlights of this release:

You can find it on Humble Store, itch.io and Steam. If you wanted to try it first, there's an ASCII-only demo on itch too. On top of that, the code is open source on GitHub.

That is about as comparable as an elephant to a frying pan.
1 Likes, Who?

That is about as comparable as an elephant to a frying pan.

To make a truly special grilled cheese, you need an African forest elephant. Bush elephants will do the job, but do you want a good sandwich, or a great one?
2 Likes, Who?