For those interested, Khronos Group has today announced the release of the Vulkan [Official Site] API version 1.1 and NVIDIA already have a beta driver ready.

Find the official Khronos Group announcement here. You can also see the specification documents here. There will also be plenty of activity at this year's GDC (Game Developers Conferenc) with the Khronos Developer Day Sessions. You can see the full GDC schedule here.

On top of that, they've also got a presentation you can flick through here (~7MB), where you can find slides to explain things a little more like these: 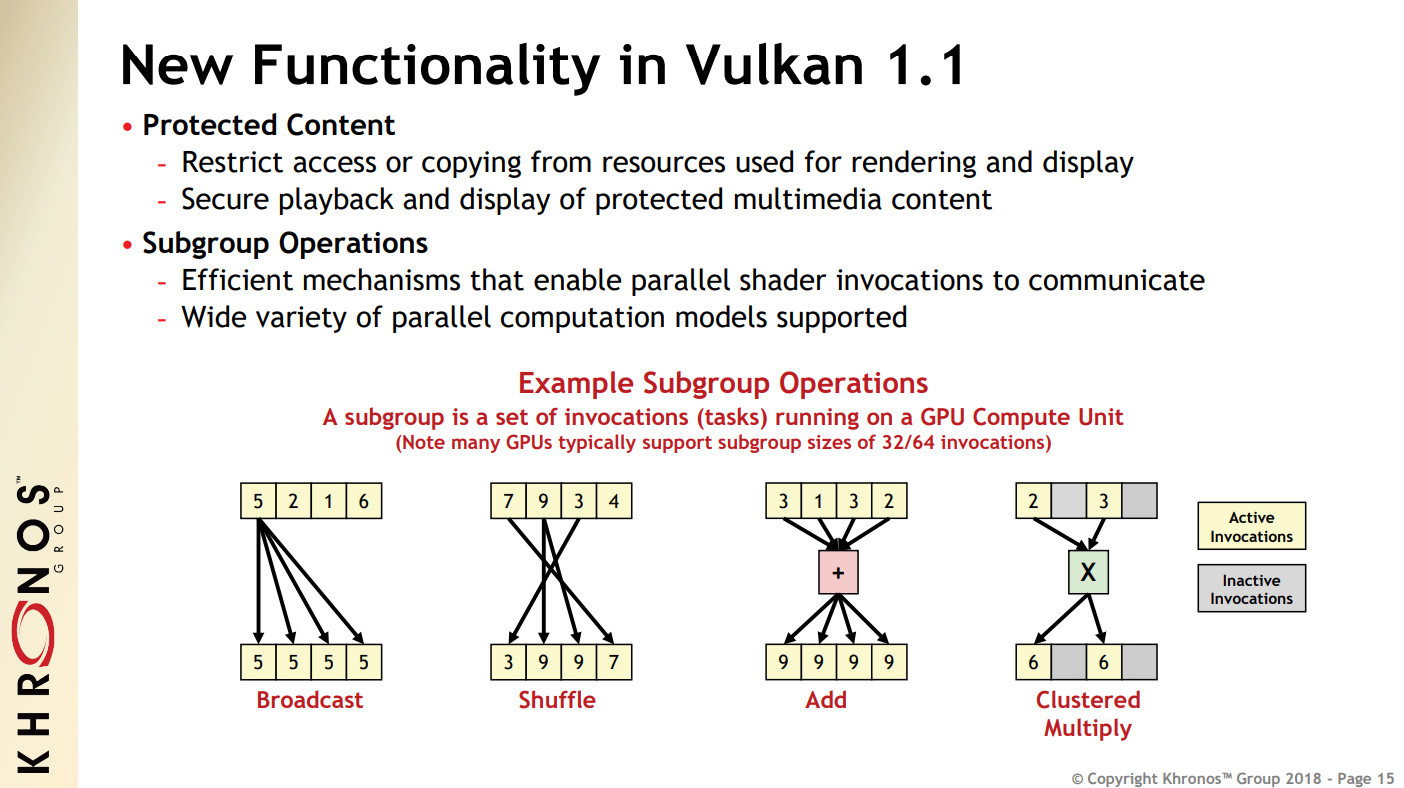 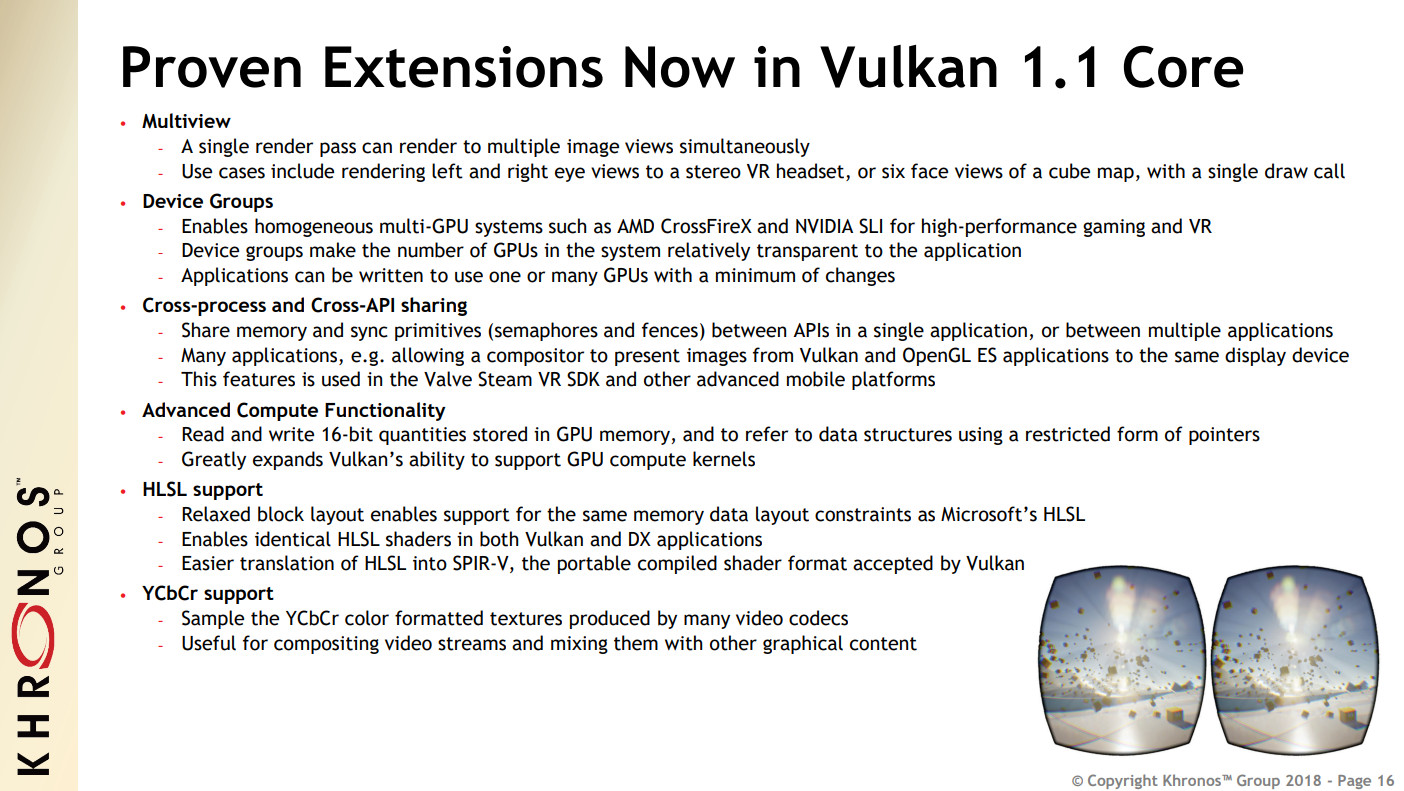 Also, for those interested in testing out any of the new stuff, NVIDIA has their 387.42.05 beta driver out for Linux which includes full Vulkan 1.1 support available here.

On top of that, AMD have also put out their "Radeon™ Software for Linux® Driver 17.50" which includes Vulkan 1.1 support, find that here.

Right now, it doesn't mean all that much for Linux gamers until games and applications start making use of any of the new stuff. We're just reporting on it to keep you up to date.

Post updated to include more info after publishing. We may update it again, be sure to check back!

View PC info
Does anybody know details about that "HLSL support"? If that works like it suggests, this could be massive for multi platform engines like UE4 and Unity3D.
0 Likes

Quoting: EhvisDoes anybody know details about that "HLSL support"? If that works like it suggests, this could be massive for multi platform engines like UE4 and Unity3D.

I think idea is that shader format between DX12 and Vulkan is the same, but issue is memory management. Vulkan adds way to manage memory similar to DX12, thus allowing porting code with no pain and all gain.
3 Likes, Who?

AMD's "amdvlk" driver also has Vulkan 1.1 support. Not sure on radv status, but it won't be far behind I'm sure.

I don't know about you guys. But 90% of my Linux issues are related to updating nvidia drivers.
0 Likes

Quoting: gustavoyaraujoI don't know about you guys. But 90% of my Linux issues are related to updating nvidia drivers.

I wonder why. I got so many problems with e. g. printer and Wifi USB stick support, but Nvidia drivers just work like a charm (Debian here).
4 Likes, Who?

AMD's "amdvlk" driver also has Vulkan 1.1 support. Not sure on radv status, but it won't be far behind I'm sure.