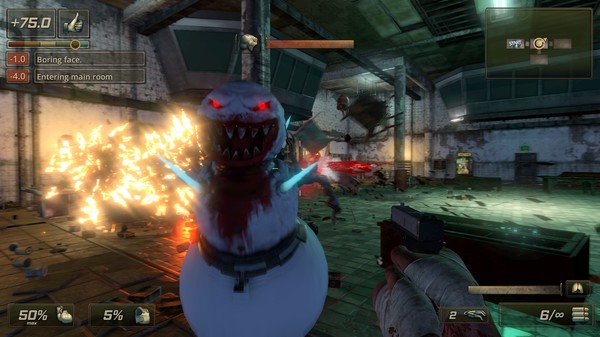 Killing Room [Steam Official Site] is an FPS from Alda Games was supposed to be on Linux day-1. It was delayed due to issues with the Linux version and getting the Windows version ready, but now it's even less certain.

They did say last month that the Linux version was delayed (it was supposed to be a day-1 Linux release).

From the Steam forum when I asked what was going on with the Linux version:


QuoteHi,
we are not confident that we could provide support for Linux version so right now it looks like if we make it then only after all patches for game are released. I'm sorry for this as it looked like Linux version will be easy for us but it isn't so. :-(

I asked about their wording, if it's now only an "if" and not a certainty that the Linux version would happen:

Yet another reminder for you: don't buy a game until it actually has a Linux version, do not buy anything on a promise and do not pre-order as games repeatedly remove their Linux/SteamOS icon at release. Article taken from GamingOnLinux.com.
Tags: Action, FPS, Roguelike, RPG, Steam
2 Likes
Share

View PC info
Yes. Focusing on supporting the devs that actually give us good games. Currently I do have a queue of games to play on Linux so the situation overall is better than anytime before. Nevertheless I do hope and believe (Vulkan backed) some years from now there will be no question for devs on "if" or "how" to make a Linux version.

View PC info
After Kingdom come it's my first rule.
1 Likes, Who?

View PC info
Well that saves me a few quid then.
0 Likes

Quoting: lucifertdarkWell that saves me a few quid then.

Yeah, I'd have been up for this one. I loved Ziggurat, which is what this "clear a room then move on" format reminded me of.

View PC info
And such people call themselves developers, who just use the tools that other people make (Unity, Unreal) and when a problem occurs they have no clue what to do at all... just don't promise things if you can't fulfill them... I hope that they've at least learned the lesson for the future that it is not nice to screw around with people. And why would you even try doing linux support after you've done the Windows one... they all seem to keep making the same mistakes over and over again using all that Windows specific things that they cannot make compatible with Linux after for some reason. Seems like they need to rework the development process and philosophy not trying to release for Windows as soon as possible and later for other platforms if they are lucky that everything will just work.
0 Likes

View PC info
I realize more and more, with every passing day, that a healthy portion of these so-called developers have actually no clue about their own trade. But hey, being a "professional" just means you're trying to earn money with what you're doing, not that you're actually good at it.
4 Likes, Who?

Quoting: KimyrielleI realize more and more, with every passing day, that a healthy portion of these so-called developers have actually no clue about their own trade. But hey, being a "professional" just means you're trying to earn money with what you're doing, not that you're actually good at it.

This is the point. You have to spend time in development at least to support Linux, it's not all automatic, and if you have some problem there is more option than quit the port.