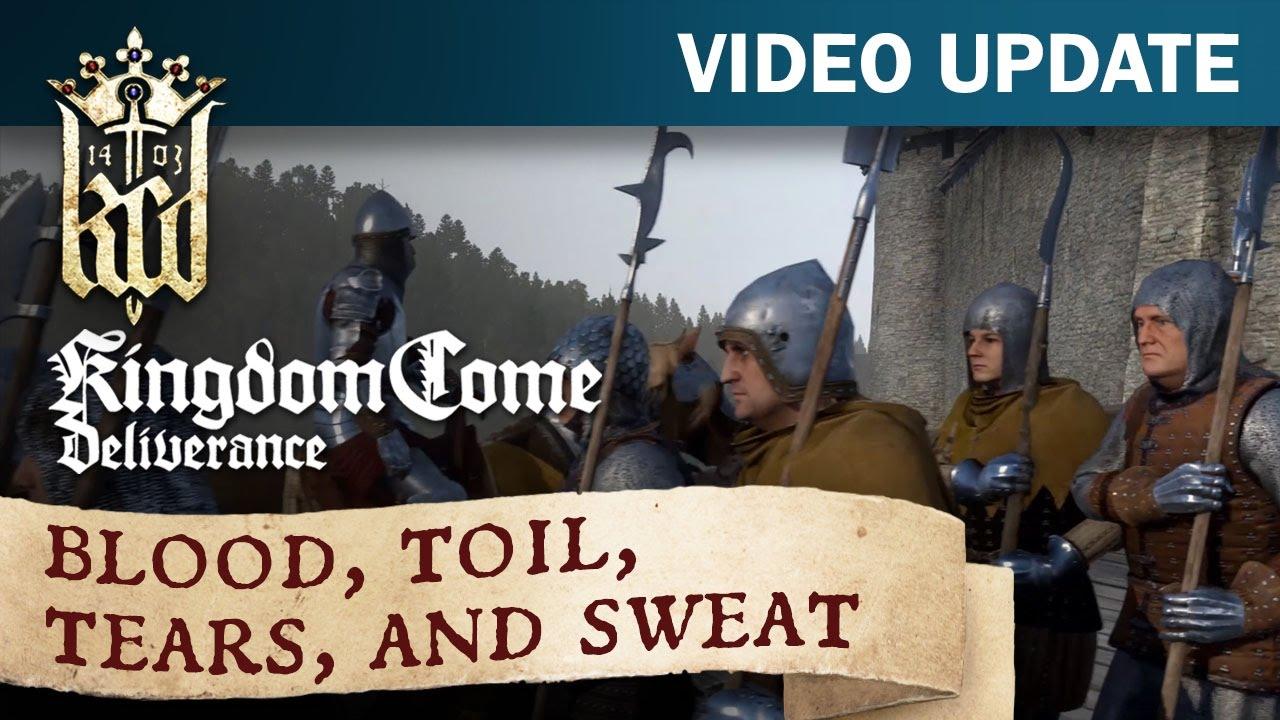 YouTube videos require cookies, you must accept their cookies to view. View cookie preferences.
Accept Cookies & Show   Direct Link
Thanks for letting me know in the IRC stqn! Article taken from GamingOnLinux.com.
Tags: Action, Crowdfunding, RPG
2 Likes, Who?
We do often include affiliate links to earn us some pennies. We are currently affiliated with GOG, Humble Store and Paradox Interactive. See more here.
About the author - Liam Dawe

View PC info
i'm a bit dissapointed about this whole back and forth that they wanted to cancel linux port alltogheter at some point.. but im glad thats still on the table. This was my last game i backed on kickstarter and i hope to see it on linux at some point. Hopefully its not too much after launch
2 Likes, Who?

View PC info
I asked them about this awhile back on Google+, and they said they would issue refunds if they were unable to release for Linux. :) So there is hope.

View PC info
It seems likely to me that if they aren't committed to it, it probably won't happen.
0 Likes

View PC info
I'm not a game dev, but I studied programming at high school and I know "for sure" that letting the Linux and Mac versions for later will just make them harder and harder to work on with every new feature. Still, I'm glad they didn't drop it.

Quoting: m2mg2It seems likely to me that if they aren't committed to it, it probably won't happen.

That too. Keep happy, but don't do something crazy like pre-ordering the game now. Or even backing now that they are kind of quiet.

View PC info
I asked them for a refund which I did get, simply no hope left for a linux version on my end.
0 Likes

View PC info
Putting cross-platformness away does not seem to me as really going for quality – they might end up with platform-specific and platform-optimized code that runs OK, but actually isn’t high-quality maintainable and portable source code.

Of course it is possible that they have well structured abstractions that make code mostly platform agnostic and just do not want to spend energy now on implementing the platform specific bits on Linux and macOS. But I don’t really believe that – if they don’t try to support at least two different platforms since the beginning they cannot be sure their approach is going to make easily portable code later.

EDIT: they ARE supporting consoles, so there is hope that they are making it easily portable and not too Windows-dependent. So I might be (and hopefully am) wrong in my comment. :)

I still have hope!

Thanks Elvanex for the info about refunds, that confirms my choice not to ask for one just yet.
2 Likes, Who?

QuoteNow, that sounds pretty bad if you don't read it carefully enough, but the key here is "at launch".

It's actually the most promising thing they've said about Linux in a while, however that's mostly because of their consistent refusal to mention Linux in any of their updates over the last 18 months. The 'announcement' that the beta would not be coming to Linux was on a comment on one of their updates rather than in the update itself.

QuoteI was always sceptical of a CryEngine game coming to Linux with a day-1 release, especially from a crowdfund.

The Kickstarter accounts for less than 10% of their funding - it was a crowdfunding campaign to demonstrate interest to other investors rather than for funds to completely create the game.
1 Likes, Who?

View PC info
Hmm...not sure if I should feel optimistic or pessimistic about this. I'd certainly *like* to be optimistic, but I've been burned far to many times when I've interpreted "Windows First-Linux Later", as some kind of guarantee.

Far too often it seems like that very approach from the developers, makes the liux version much less likely to occur (choosing incompatible middleware and whatever). Nope, I think I'll continue to regard the Linux-version as officially "scrapped", until there is something really concrete that says otherwise.
0 Likes

View PC info
Eugh...I'm getting a refund asap and just forgetting about this game. Far too late, far too complicated a development history (I think) and far too ambiguous about the linux version. Which was the reason I backed it initially. I'll keep an eye on it and at least see if it comes out for linux, but I fear it won't be for awhile.
0 Likes
1/2»
While you're here, please consider supporting GamingOnLinux on: