Kingdoms and Castles has expanded with much bigger maps, Merchant Ships and more

I liked Kingdoms and Castles [GOG, Steam, Official Site] when I tried out the initial release, but it really did have an issue of not having enough of anything. This latest update really does make the game feel better. 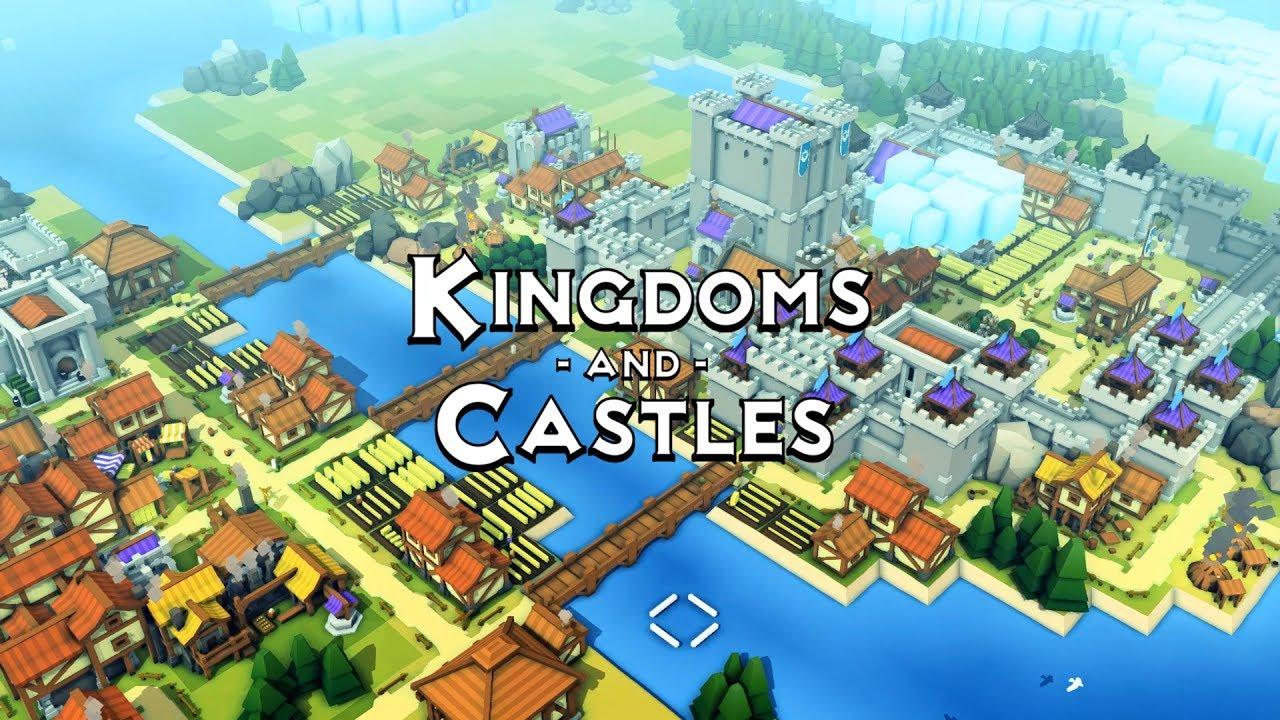 Part of the problem was how limited the maps were. They were really tiny, you didn't get a lot of space to build and so you ran out of things to do quite quickly. Now, you have access to small, medium and large maps. The medium size map is bigger than the original and the large map is actually around twice the build-area of the medium map, so for those of you who do want to spend a bit more time in it—you can. To expand, you can now build an Outpost where land is separated by a new Deep Water mechanic, something than can only be crossed by boat. 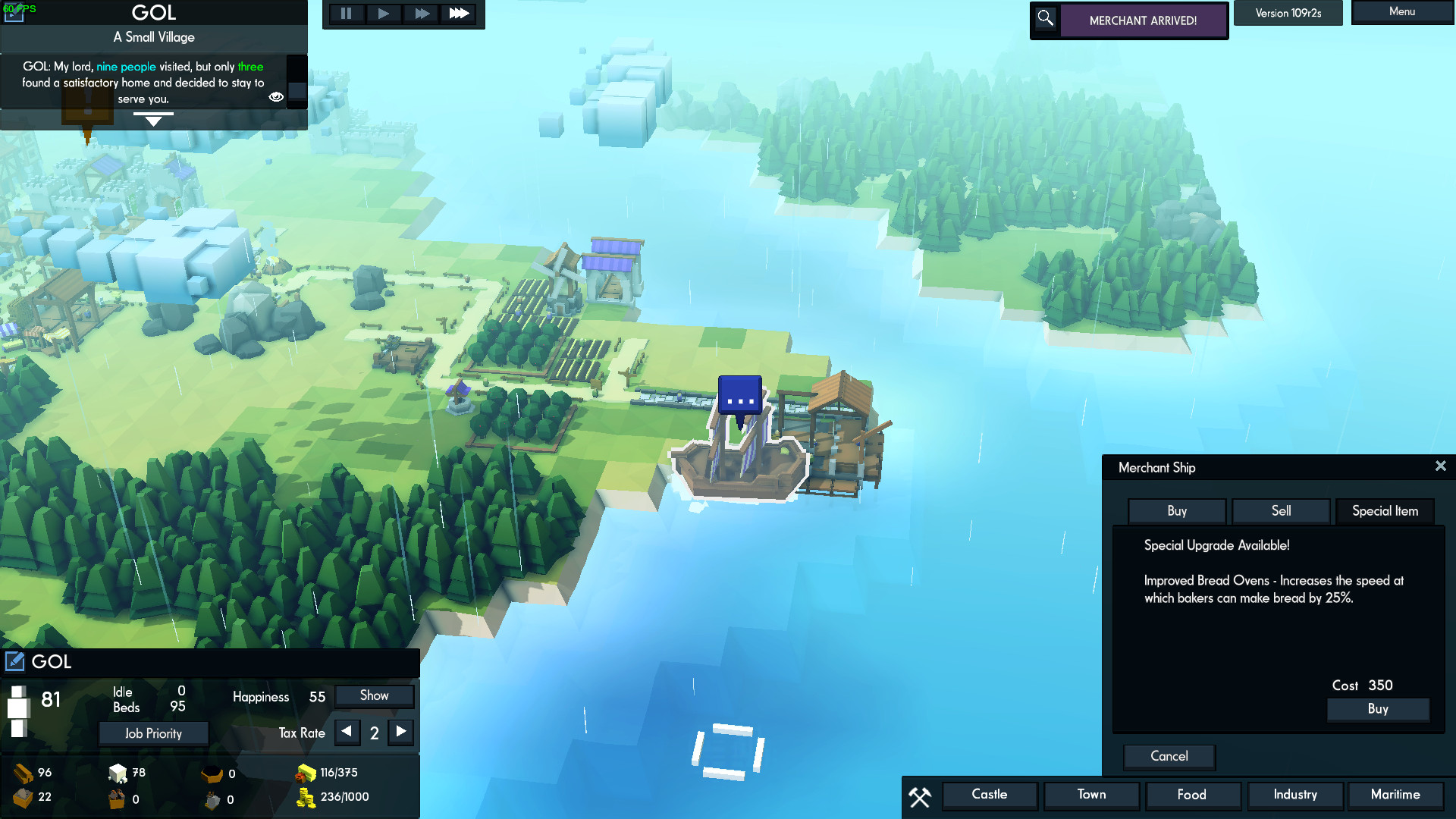 You can also now build a Dock, which will bring in Merchant Ships allowing you to buy and sell goods. They might also sell some permanent upgrades, so they're worth keeping an eye on. Since your kingdom will now be split up with Outposts, you can also get Transport Ships to ferry resources between areas. You can also build a Draw Bridge, which will open and close to allow ships through and they look really sweet in game.

There's also now a job priority system, enabling you to re-order specific jobs around. It's better than nothing like before, but it ends up being an all or nothing system. I hope they tweak it in future to allow assigning a specific amount of people to jobs, rather than prioritising the jobs themselves. 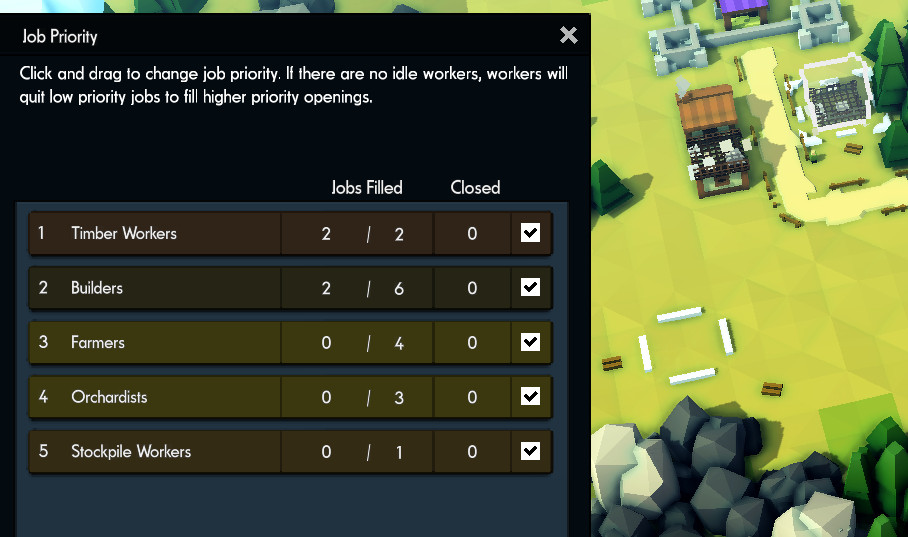 Constant improvements, it's certainly far more interesting to play through than the initial release that's for sure. A game that once lacked any depth now has some really good stuff. Now I'm a little more inclined to recommend checking it out. As far as city-builders go it's a pretty relaxing one and it's quite nice overall now.

You can grab it now on GOG and Steam.

View PC info
I played this one before this version, and even then I considered there were some interesting things that set it apart from other city builders.

1 - No "insta build". Your buildings take time to be built, people have to work on the construction. Maybe lots of other city builders do that, but it's the first I see. I find it very nice

(However it is still lacking, to me, the fact that maybe you should only be allowed to build up to x % of manors, depending on social classes, etc)

Now I can't remember more, but those two felt quite interesting to me.
Of course, it was lacking some depth, so this update is quite welcome.
0 Likes

View PC info
New content would be very welcome. I found this game to be very addictive. It has worked well for me on Linux Mint. Be sure to check the game resolution. I was playing low res for awhile before I realised I could bump it up.
0 Likes
While you're here, please consider supporting GamingOnLinux on: