Kongregate have announced their own store and client 'Kartridge', will not support Linux

There's been a lot of people talking about this, so I figured we should get this out of the way. Kongregate are doing their own store and client named Kartridge [Official Site] and it will not support Linux.

I asked them on Twitter about Linux support, since it looks like it will support both Windows and Mac as their official site has screenshots of what looks like a Mac client. I thought it might be possible they had cross-platform in mind. However, they gave a very clear "It will not support Linux." which is a shame.

They did a release announcement trailer, you can see it below: 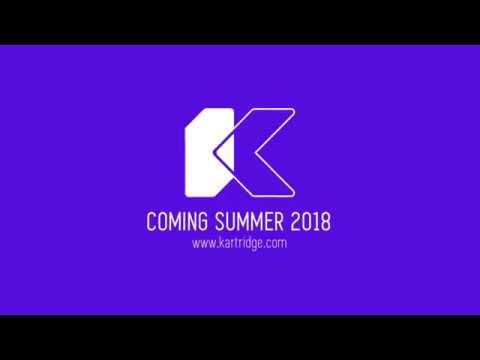 While flashy, it doesn't really tell you anything.

While I said it's a shame they won't support Linux, it doesn't mean that will always be the case. Like other stores, they might add Linux support later on.

Of course, many people have already complained about "yet another store and client" and it is a valid point. We already have Steam, GOG, itch.io, Humble Store and many many more. They're going to have to do something vastly better than everyone else, to pull in games and users.

They're saying it will be an open platform design for independent developers, with no fees or approvals to upload games, so it sounds rather a lot like itch.io which already has all that (and an open source client!). It's no secret that I'm quite a fan of itch and itch themselves have struggled to gain traction with bigger developers, so it will be interesting to see if many do actually go with Kongregate's Kartridge.

They've said the first $10,000 developers will get 100% of, as long as their game is up before Oct 31st this year. After that, it seems they will be grabbing a "standard" 30% from developers. With it being a new store though, developers might not end up selling much at all and itch.io already allows developers to set how much they will give to itch.io (even nothing).

I am the owner of GamingOnLinux. After discovering Linux back in the days of Mandrake in 2003, I constantly came back to check on the progress of Linux until Ubuntu appeared on the scene and it helped me to really love it. You can reach me easily by emailing GamingOnLinux directly.
See more from me
Some you may have missed, popular articles from the last month:
The comments on this article are closed.
16 comments
Page: 1/2»
Guest 9 Mar, 2018
I'd say: Good luck and have fun Kartridge!
https://blogs.windows.com/windowsexperience/2018/03/07/windows-10-s-mode-coming-soon-editions-windows-10/amp/?__twitter_impression=true
4 Likes, Who?

View PC info
It will fail anyway: http://www.fortressofdoors.com/so-you-want-to-compete-with-steam/
10 Likes, Who?

BTW , i've never heard this company nor their games before this news
1 Likes, Who?

It's not a game publisher (kinda, I guess) or game maker. It was originally a site for web games, mostly Flash. It's where devs like Edmund McMillen got their start. I think this new move is mainly because Flash is dead.

It's not a game publisher or game maker. It was originally a site for web games, mostly Flash. It's where devs like Edmund McMillen got their start. I think this new move is mainly because Flash is dead.

Maybe. Like i said , i've never heard of them until now
0 Likes

It's not even 2 supporting Linux on that list, the only support for Linux is Gridd (and its demo so doesnt count)
0 Likes

I don't like GoG much because the lack of Galaxy on Linux and some others events, i feel they don't care bot Linux.

Humble is a nice Store, they still have plenty of Linux games, but i don't use it that much outside of the bundles, and i dom't buy many bundles as it tend to have games i already have, or games i don't want.

I don't see what Kongregate will have that the others don't have already, and without Linux support, even worst.

More stores would mean more players in a small terrain, and maybe push the others to improve even more.

It's not even 2 supporting Linux on that list, the only support for Linux is Gridd (and its demo so doesnt count)

If they're going to go with this "K" instead of "C" thing, they should be required to have a KDE client...
5 Likes, Who?

QuoteKongregate have announced their own store and client 'Kartridge', will not support Linux

That seems fair. I don't support Kongregate. ;)
1 Likes, Who?
1/2»
While you're here, please consider supporting GamingOnLinux on: