If you fancy learning a new language, Lingotopia [Official Site] might make it less of a chore as this adventure game has you play as a little girl shipwrecked on the shores of a strange island. You don't speak the language and so you must decipher what everyone's saying by gradually learning more words.

Funded on Kickstarter earlier this year, the developer Lingo Ludo was able to secure over €12K to help make it happen. 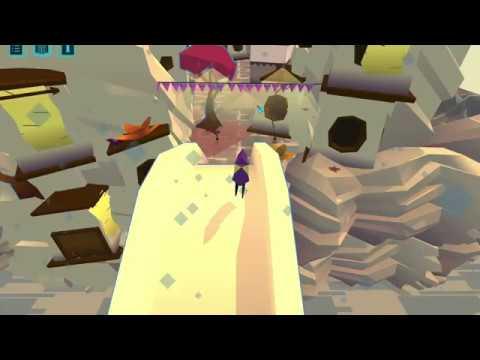 It's not just an educational game, as it does actually have a story you progress through:

Will this really help me learn a language?
Yes! Learning words is the most important part of language learning. You can learn several hundred words by playing Lingotopia. As the game only translates individual words and not entire sentences, you also learn word order and grammar by playing. All dialogue in the game is tied to the setting and story, so you have a reason to decipher each and every sentence.

It does already have a working Linux version, which I've briefly tested and it does seem to work quite nicely. The movement could really use some adjustments though, as the turning speed of your character is a little too fast. Other than that, it seems like it's quite interesting and I've already learnt some more Spanish so it's certainly working as advertised.

It will be available on itch.io (page isn't live yet) and Steam on August 16th.

View PC info
For anyone curious about what languages they might learn from it:

At the moment, these are:

The number refers to the percentage of content that these languages have translations for.

tuxdelux 10 Aug, 2018
View PC info
As someone who had struggled with learning languages but enjoys exploration game, I really love this game idea. I think there is so much more millage left in making fun games that also educate. I learned so much - and still remember - about battlefield triage from playing America's Army, which was a first person shooter that was developed by the same name.I had to attend virtual classes to unlock the medic.
1 Likes, Who?

View PC info
The last time I took a look at this on Itch.io, it was more a vocabulary game than actually learning how to speak a language. It told you what a few things were, quizzed you on a few words, but that was about it in the end. Nothing about grammar or anything but "this is the word for tree" level stuff.

Hopefully the full release version will have a bit more depth to it.
4 Likes, Who?

View PC info
This looks extremely interesting!
I've been on and off with German and Russian languages for ages now, this might be just another push that I need to continue developing them skills... will definitely give it a go. :P
0 Likes

View PC info
I wish they had Cantonese but the game does look interesting.
0 Likes

View PC info
Any idea how the Chinese integration is?
I've played a few other learning games and tested a bunch of apps, but many have the huge problem of not dealing with the fact that learning Chinese doesn't work like learning a western language, as pronunciation and the symbols/characters are (almost) entirely separate things. Some didn't even have pinyin, making them basically entirely useless.

Most learning games I played are little more than interactive dictionaries.
And learning with those is borderline useless as well, as they don't even apply a spaced repetition system.
Claiming that learning words is the most important part of learning a language is almost within lie territory, too. The most important parts are understanding the grammar and flow of the language, especially if said grammar and flow is very different from your own language. Increasing your vocabulary happens naturally over time as you learn the rest - it doesn't work the other way around, knowing a thousand words won't help you form a correct sentence.

I do not know this specific game, but if it is like others, you'd be better off learning basics with specific apps or books (if you feel truly hardcore) and then dive right into a normal game, set to the language you want to learn and play the game with a dictionary/browser open in the background.


Last edited by TheSHEEEP on 11 August 2018 at 1:00 pm UTC
0 Likes
While you're here, please consider supporting GamingOnLinux on: