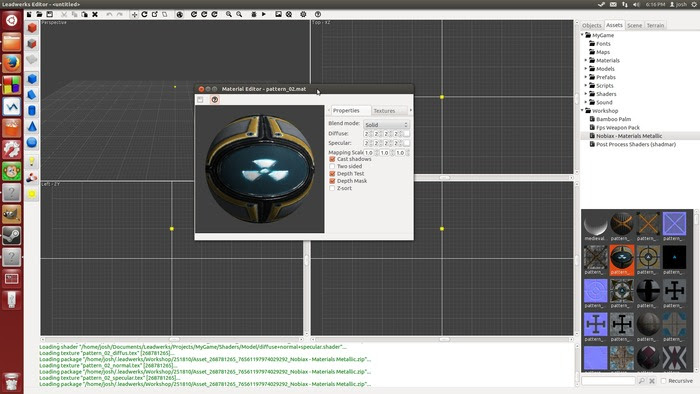 The Leadwerks developers have overcome some issues they faced that prevented the Linux version of Leadwerks appearing on Steam.

So, this is good news for any game developers waiting on it, as you will have an easy way to get it and keep it up to date when it hits Steam.

Josh Klint wrote this on their Kickstarter:


QuoteWe experienced a major delay in the Linux build of Leadwerks on Steam. Consequently, Linux users haven't been able to access all the great new Steam features like screenshot publishing and the Leadwerks Workshop, which gives you access to lots of great 3D content to use in your games. The issue had to do with GCC's requirement for 16-bit ABI alignment. This is honestly way beyond my area of knowledge, but with the help of Valve and Blitz Research Ltd. the problem seems to be solved. Stay tuned for the announcement of its release on Steam.

View PC info
I'm really interested in this one.

Sadly the demo doesn't have support for Intel graphic cards right now, so it haven't been possible for me to try it out yet.

I keep my eyes open on this one.
0 Likes

View PC info
Great, I'll add this to my wishlist as a "watch". So far the 3D Tools for Steam on Linux are mediocre, maybe this will be better?
0 Likes
While you're here, please consider supporting GamingOnLinux on: