Leaving Lyndow [Steam, itch.io] is a short and beautiful looking adventure game that came to Linux due to 'popular demand'. The developer sent in a copy, so I played through it and here's some thoughts.

You're Clara, a young go-getter who is about to embark on a journey across the seas, so it's time to pack and say your goodbyes. Leaving Lyndow is quite short, as it took me only 45 minutes to finish which was partially due to the annoyingly slow walking speed and the annoying Chime puzzle (the game would have been even shorter).

I was really quite surprised and taken aback with this one due to the graphics. The art is seriously fantastic and the forest area in particular was exceptionally beautiful. 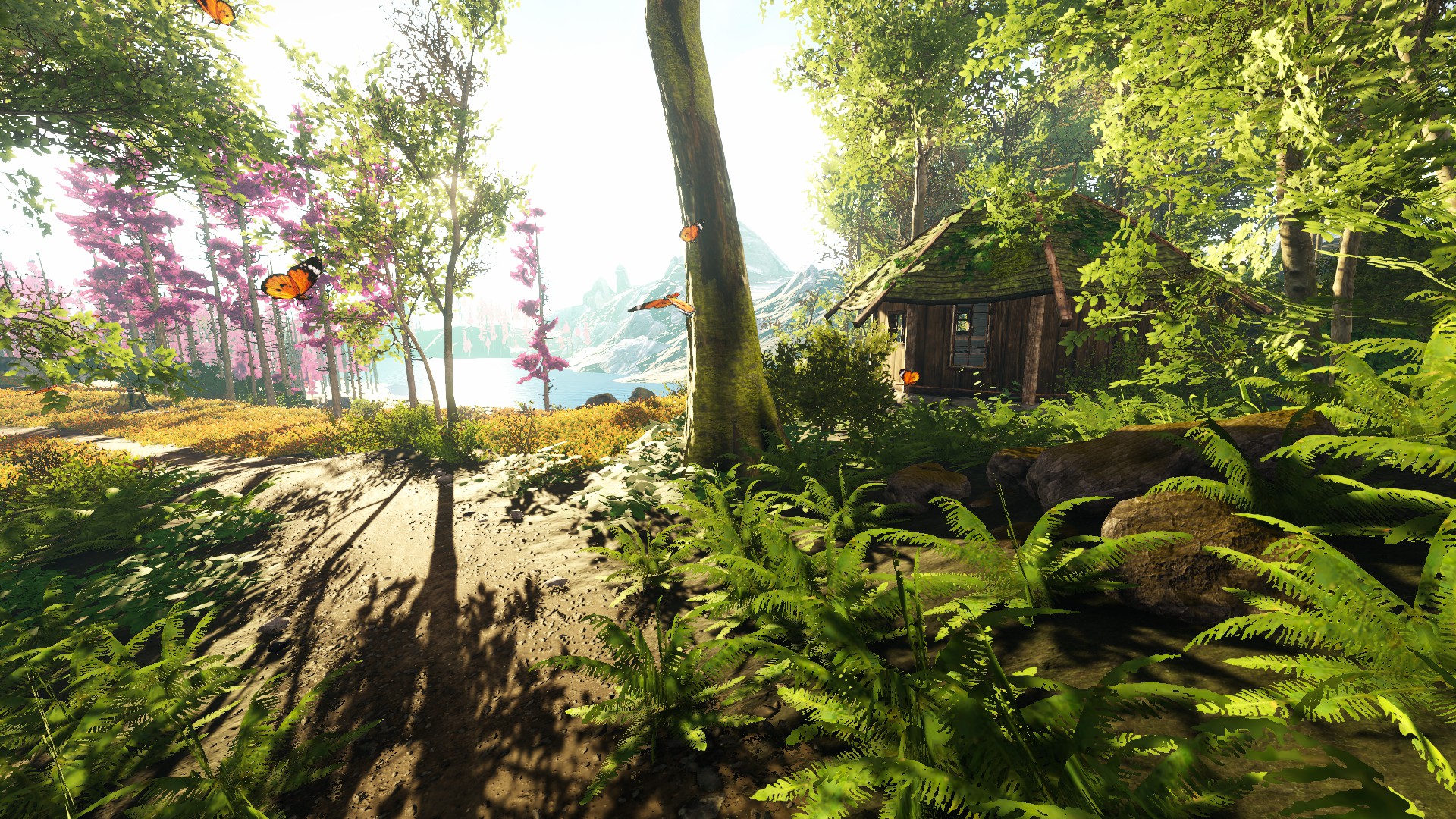 You have to visit various areas of the fantasy town Lyndow. In each location, you will need to interact with a few people and complete some minor puzzles. There's not all that much to do, which was a shame. I really wanted to be able to explore more, read some more lore and just do more stuff in general.

As beautiful as the game is, I do have issues with it. The first of which being the Chime puzzle. You're forced to do it and for people like with me tone issues I found it really difficult to do. It does allow you to get hints after a bunch of failed attempts, but that puzzle did infuriate me.

The game as a whole was far too short to be meaningful, as sad as it is to write that. I really, badly, wanted to like it but the experience was just flat. There was no feeling due to how short and rushed it felt.

Performance was fantastic, but I did encounter one bug with the chime puzzle. I really couldn't figure it out by ear, so I left it, but the chimes kept playing as I walked with each push of WASD which was a little annoying. 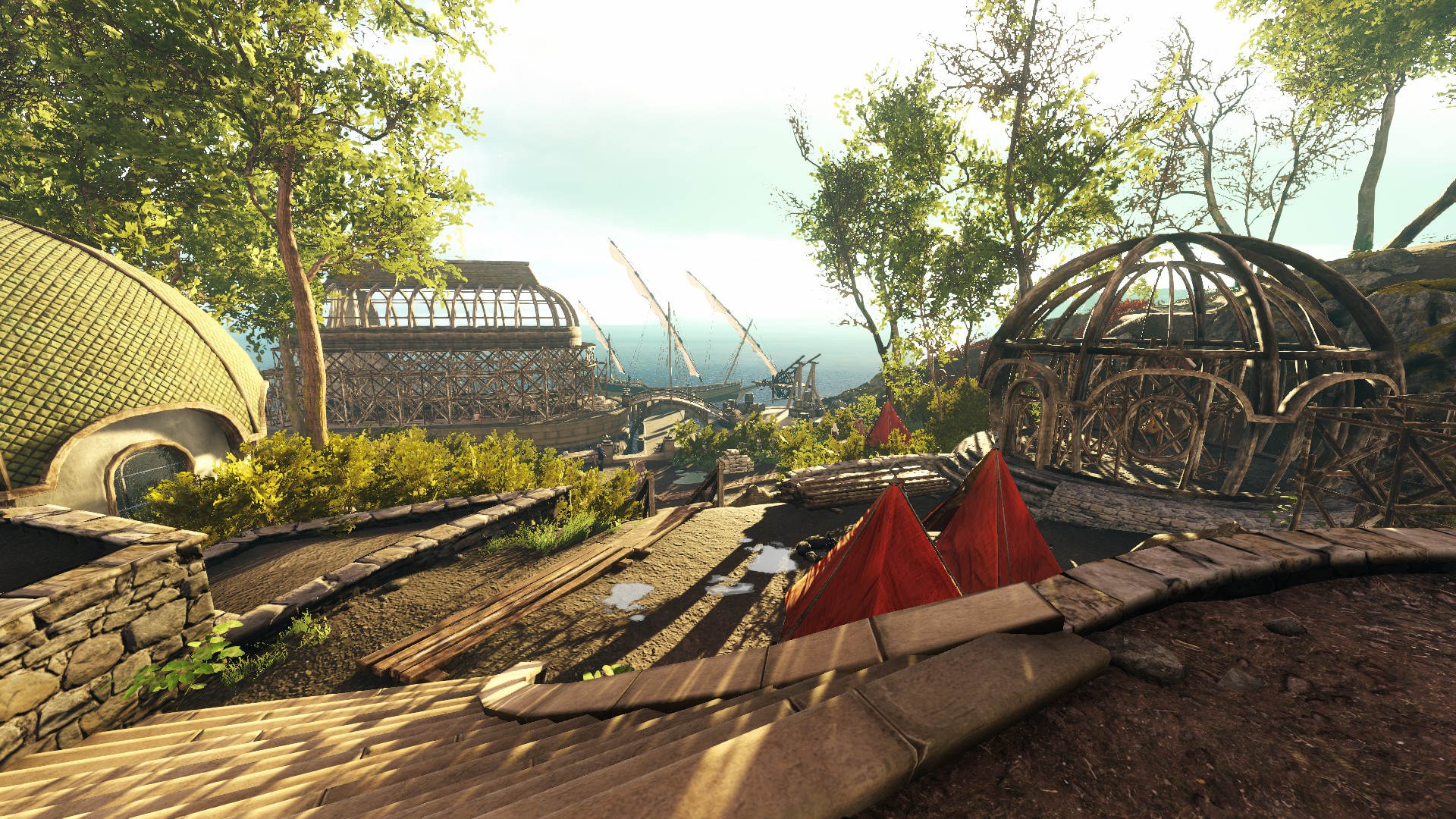 About the game
Leaving Lyndow is a short, first-person exploration adventure game, set in the Eastshade universe.

It's Clara's last day on the island where she grew up. With high honors, she's graduated and fulfilled her childhood dream of joining the Guild of Maritime Exploration. She needs to complete preparations, visit her favorite places, and say her goodbyes - before leaving on a journey she may not return from. *Dangerous journey not included*


If you like your short and beautiful adventure games, you might like it. Personally, I am more interested to see what the developer can do with a full game in this setting. They have a good setting ready and obviously a good amount of talent, so hopefully they will go further with it. Article taken from GamingOnLinux.com.
Tags: Adventure, Itch.io, Review, Steam | Apps: Leaving Lyndow
9 Likes, Who?
We do often include affiliate links to earn us some pennies. We are currently affiliated with GOG and Humble Store. See more here.
About the author - Liam Dawe

I am the owner of GamingOnLinux. After discovering Linux back in the days of Mandrake in 2003, I constantly came back to check on the progress of Linux until Ubuntu appeared on the scene and it helped me to really love it. You can reach me easily by emailing GamingOnLinux directly.
See more from me
Some you may have missed, popular articles from the last month:
The comments on this article are closed.
5 comments
Purple Library Guy 9 Mar, 2017
For a second I thought this had something to do with Lindows (and boy, does that take me back!)
0 Likes

Quoting: Purple Library GuyFor a second I thought this had something to do with Lindows (and boy, does that take me back!)

OK curios now , did that fork into anything ?
Or did all the distros go towards a dead end ? :(
0 Likes

View PC info
I wasn't really paying attention until I saw that first picture. Then my jaw dropped. Sad that it doesn't have much gameplay value, but isn't that always the case? Trine 3, Firewatch, Limbo. Beautiful, but short.
0 Likes
Purple Library Guy 10 Mar, 2017

Quoting: Purple Library GuyFor a second I thought this had something to do with Lindows (and boy, does that take me back!)

OK curios now , did that fork into anything ?
Or did all the distros go towards a dead end ? :(

Far as I know, dead end. Well, sort of. On one hand, if Wine isn't ready to be a reliable general Windows (not an) emulator now, it certainly wasn't back then. On the other, the Lindows/Linspire/Xandros pushes towards certain user-friendly innovations were . . . I dunno how to put it. Seems like they were kind of too in-house, too forked, too specialized, and so both hard for a small outfit to maintain, and kind of losing the broader help that is normally an open source advantage. They were hoping they would not remain small, but their hope was not rewarded. So their stuff kind of died and I don't think it was workable to incorporate the stuff they'd done elsewhere. Open source is not kind to people who think they are such Awes0me D00ds that they can do it way better all by themselves than the community can.

But I do think that their example/challenge helped to inspire some of the other distributions that worked on user-friendliness while staying closer to upstream, and software projects like Synaptic and so on that made things easier across many distributions. All the things they were trying to do either got done and better than they ever imagined, or in the case of Wine are still being vigorously worked on because they turn out to be really hard.

View PC info
So this is a sweet little game about moving on from the familiar and what used to be. It doesn't feel like a complete game but considering it lasts ~half an hour, it doesn't need to be.

You may need to install libxcursor1:i386 libxrandr2:i386 if you don't already have them.
0 Likes
While you're here, please consider supporting GamingOnLinux on: