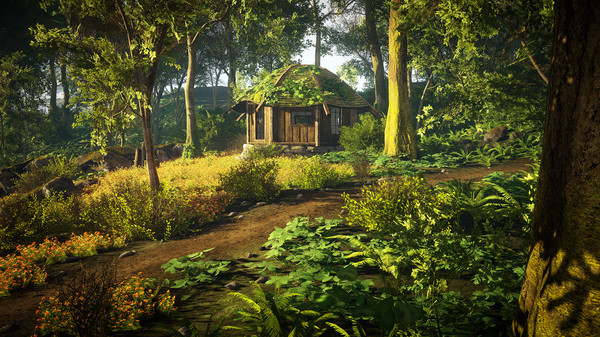 Leaving Lyndow [Steam], the short, but impressive adventure game has officially removed Linux support on Steam due to the amount of bug reports.

The developer explained their reasoning on the Steam forum post:

QuoteAh, yes I only recently decided to pull support less than two days ago. Anyone who has already purchased the game for Linux can still download it (apparently its working for some), but I have been getting so many bugs from so many different distros I decided to take support off the store page. Linux users account for less than 2% of our customers but over 50% of our bug reports, so I've found myself a bit over my head with Linux. I'm afraid I made a terrible error in judgement when attempting to port for linux, and its my bad. I'm sorry for the confusion!

It's not the first time I've heard about this, as I often see the developer of Caves of Qud tweeting about how many bug reports they get from Linux gamers. There's a number of others who I hear the same from too, which is quite a shame, but it's going to happen when developers aren't all that familiar with Linux and the game engines often have issues the developers cannot work around too.

I think a fair amount of developers rely too heavily on just pushing out builds and hoping for the best. Researching the platform and testing it each time you do updates is pretty essential. It may sound dumb and quite obvious to do so, but the amount of times I've seen developers say they don't have "a Linux machine for testing", yet they push out a Linux version and sell Linux copies is quite staggering.

It's a shame, but it's not a massive loss as it really is a short game. Perhaps someone good with Unity can help them fix it up.

Article taken from GamingOnLinux.com.
Tags: Adventure, Indie Game, Steam
2 Likes, Who?
We do often include affiliate links to earn us some pennies. We are currently affiliated with GOG, Humble Store and Paradox Interactive. See more here.
About the author - Liam Dawe

View PC info
Well, what can you expect when they likely do as you say, build and push it with nothing but hope and luck.

Well, Developing on linux myself. meh to windows ~~
I swear, I might really do it.. Release linux only when I get to that point.. <.<
11 Likes, Who?

I'd wager there's one main reason for that; Linux users tend to be willing to report discovered bugs faaaaaaaaaaar more often than (those lazy slob) windows users..

Doc Angelo 26 Jun, 2017
View PC info
I've played the game on Linux. I have encountered a single bug, reported it and after a few days, the bug was fixed. I agree that there are some devs out there who just spit out a Linux build without ever testing it, but I don't think this fellow is one of them.
3 Likes, Who?

Ketil 26 Jun, 2017
View PC info
I think the ideal is having a development team with at least 1 developer per platform.
1 Likes, Who?

View PC info
That's disappointing. I was thinking of buying that one. I guess I'll take it off my wishlist.

Given that Linux gamers are more likely to give detailed bug reports and that this game has a small audience, I wonder if it is buggy on Windows and Mac too, but less people have reported bugs there. The fact that one of the bugs is saves not actually saving every time makes me think the game could use some more testing work all around. That doesn't sound like a Linux-specific bug.
2 Likes, Who?

View PC info
Pro tip: when releasing a game, outsource the platforms you know nothing about, in best case scenario look for a company that will take care of multiple platforms at the same time (Mac, Linux, consoles).
3 Likes, Who?
Andrei B. 26 Jun, 2017
I think that developers should be able to mention (on Steam) what distribution they're supporting. People can't seriously expect developers to support dozens of distributions.

On the other hand, I find disturbing what this developer has done. Simply removing support for a platform is really not cool and borderline illegal. What if I only had access to Linux? Plus, removing support is usually done gradually, with a lot of time in advance. Like a year, for example, so that users can find alternative solutions.
2 Likes, Who?

Doc Angelo 26 Jun, 2017
View PC info
I think this dev is getting too much flak for what he is doing. If you read a little bit how he deals with reports and how he responds to them, you certainly will see that he doesn't mean it ill. Has he ever said that he doesn't have a Linux machine, like other devs? In the official Steam forum, I have not found such a statement.

He is doing what other devs would never do: Say that something isn't up to his standards and apologize for it. Yet, his game is more stable than other games that are still sold for Linux.
6 Likes, Who?

One problem is that there are many developers that work on Mac. If Mac stops being a viable gaming platform (because of no Vulkan support) some of those devs may start working on GNU. That should push everything a little step forward.
0 Likes
1/5»
While you're here, please consider supporting GamingOnLinux on: