Legend of Keepers: Career of a Dungeon Master will have Linux support

Legend of Keepers: Career of a Dungeon Master from Goblinz Studio is what they're calling a mix between a 'Dungeon Defender and a Roguelite' and it does look good. It will support Linux too! 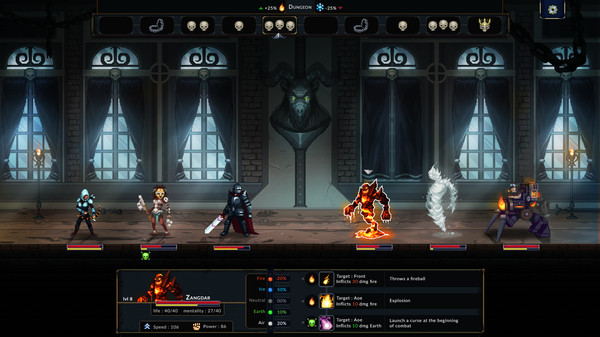 It's due out sometime next year, with the developer confirming to us on Twitter that Linux will be supported. Considering Goblinz Studio have done a pretty great job with Robothorium, I'm keen to see more from them.

As for features, they say it's like a reverse dungeon crawler. You're in charge of keeping your treasure safe, by placing traps and hiring monsters. It will have turn-based battles, random events (like your monsters going on strike) and more. Hard to get much from the screenshots though, while it does look good we don't really know what the gameplay will look like since there's no trailer yet.

See more and wishlist on Steam.

Article taken from GamingOnLinux.com.
Tags: Indie Game, Rogue-lite, RPG, Steam, Upcoming
6 Likes, Who?
We do often include affiliate links to earn us some pennies. We are currently affiliated with GOG, Humble Store and Paradox Interactive. See more here.
About the author - Liam Dawe

View PC info
I'd have prefered (much) more work being done on Robothorium, but well, i'm curious to see that one too.
0 Likes