Lifeless Planet Linux beta has been updated, with improved graphics from the PS4 version 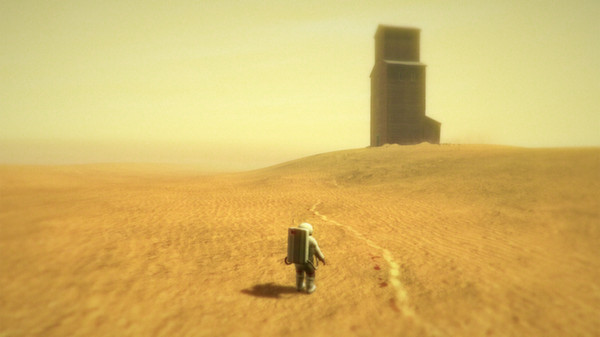 The developers of Lifeless Planet [Steam, Official Site] have continued to improve their Linux beta, as it's now running on Unity 5 and has the improved graphics from the PS4 version.

Posting on Steam the developer added this edit to the post:


QuoteThe new beta is up! Improved graphics from the PS4 release (running on Unity 5 now, new player model, etc). We think all known bugs including steam achievements are fixed. Please check it out with the instructions above, and we'll set it official in a few weeks if all goes well. Thanks as always for your support!

The developer then posted here to say they hope to officially launch the Linux version within weeks.

I look forward to testing it when they release it officially, but I'm holding off until then.

About the game
While seeking life on a distant planet, an astronaut discovers an abandoned Russian town. He suspects his mission is a hoax until a mysterious young woman saves him from a strange and deadly phenomenon... Lifeless Planet is a third-person action-adventure that features an old-school sci-fi story and spectacular environments in the spirit of classic action-adventures. Article taken from GamingOnLinux.com.
Tags: Adventure, Beta, Steam
0 Likes
We do often include affiliate links to earn us some pennies. We are currently affiliated with GOG, Humble Store and Paradox Interactive. See more here.
About the author - Liam Dawe

View PC info
I am looking forward to play this. This is one long beta :)
0 Likes

View PC info
Is this open beta? Can you try it now if you buy the game?
0 Likes

Yes, I believe the game was in a bundle a long time ago and I played the Linux beta months ago already (not to the end). You just have to enter the code given in the Steam thread.

I checked this new update and it works just as well (well, better, either because of the update or because of my better GPU).
Too bad they still haven’t put volume sliders and an option to remove the blur.
1 Likes, Who?
Purple Library Guy 26 Dec, 2016
Lifeless, huh? It looks like a picture of Saskatchewan with a grain elevator.
0 Likes

View PC info
I played through this on Windows, back in the day. Good game.

It's very simple, but also mysteriously sucks away your time. You just find yourself playing to see what happens next!
0 Likes

View PC info
great news, i played about 3 hours on linux, performance was very bad in places, like with most unity4.x games.
Havet to try the unity5.x version, im quite sure it will perform a lot better.
0 Likes

From what I've played (maybe a couple of hours since it was just the beta and I decided to wait for the full thing), the game seems like a nice mystery walking simulator. It's a bit slow, but perfectly fine if you like that sort of thing. When it's out of beta, I intend to get back to it.
0 Likes

View PC info
I've been playing the game, it's pretty good (I'm about 2 hours in). I'm posting on a 4K screen on ultra and it looks gorgeous, but I'm upsampling from 1080p. Does anybody know if there's a way to knock the 4K resolutions... It doesn't show up in the graphics options.
0 Likes
While you're here, please consider supporting GamingOnLinux on: