Like it hot? The FPS Shotgun Farmers has added the Chillithrower weapon and it's great

I do wish Shotgun Farmers was more popular, as it's one of the most unique shooters around and this update adds a fun new weapon. 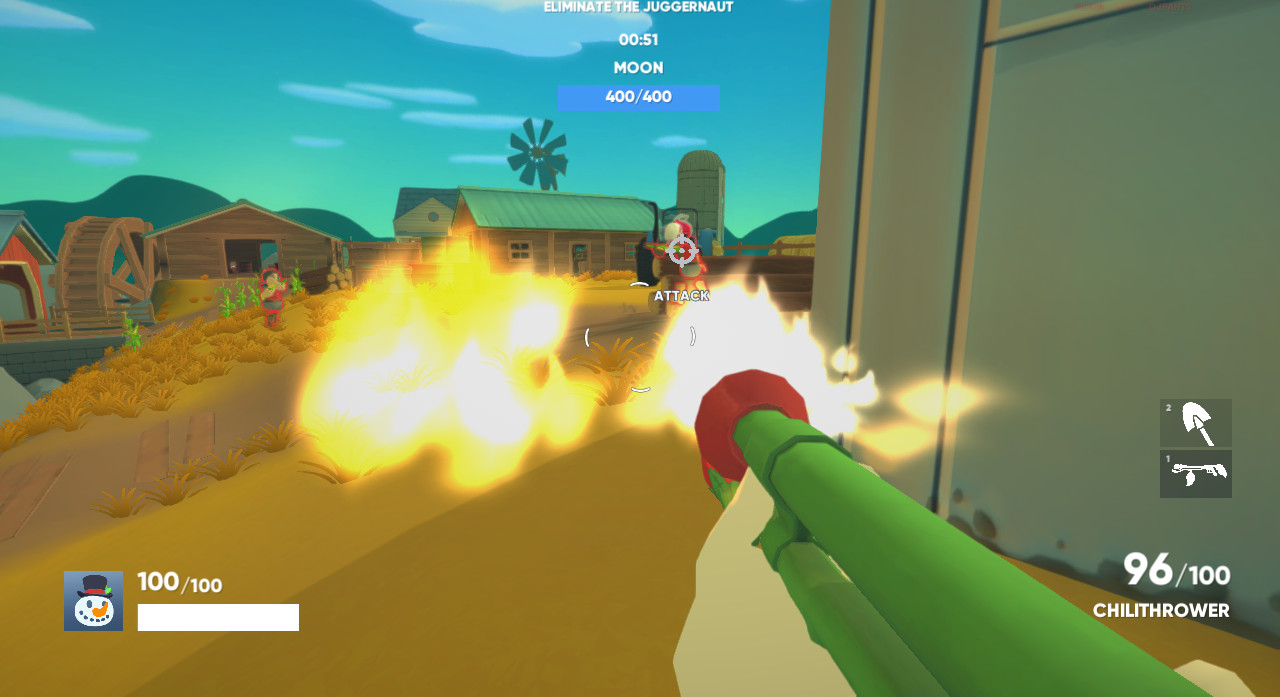 Since all the weapons are inspired by vegetables, the Chillithrower is no different. Inspired by burning-mouths worldwide, this new weapon is a flamethrower which is pretty appropriate.

It also adds a new game mode called "Jug-Ernaut" where one player runs around with an axe, killing them turns you into them which is quite amusing.

For those who've missed our articles on it before, it's a unique shooter because your bullets will end up growing new weapons. If you shoot and any hit the ground, they plant like seeds for you to grab when you run out of ammo. It's clever and slightly hilarious.

There's not a huge online following, sadly, but it does have a fully functional practice mode filled with reasonably good bots and it's a lot of fun. It has customizable characters, multiple maps and game modes and the developer livestreams the making of the game on Twitch regularly.

See the announcement of the new version here. The game is available on Steam, with 30% off until May 28th.

View PC info
The problem is that purely match-driven online shooters just aren't huge hits anymore.
Just look at the new Unreal Tournament. Playable since years, but barely anyone knows about it. And now that Epic have Fortnite BR, it will probably be silently removed at some point.

Most people want something more from their online shooters than just a deathmatch variant. Cosmetics, ladders, clans, dailies, quests, content, some kind of continuity, you name it.

Developers of games like Overwatch, Paladins, PUBG/Fortnite, APB, etc. have to do a lot more to gain and keep a following.

The time of LAN party games is - sadly! - over. As much of an introvert isolationist I've always been, I always loved LAN parties...
Only Counter Strike is still around, but that is only because it has been since the dawn of time. If a game like Counter Strike came out now, not too many would care.

Other than organizing a few matches of this via communities (Discord, etc.), I don't see why many people would decide to show up or buy this game.
If it had a nice campaign - you know, like ye olde FPS games used to have - things would likely look different.


Last edited by TheSHEEEP on 23 May 2018 at 1:05 pm UTC
0 Likes
While you're here, please consider supporting GamingOnLinux on: