Limit Theory, an ambitious space game, is still being developed and has quite a few beautiful screenshots to show off

By BTRE - 11 May 2017 at 1:19 pm UTC | Views: 8,400
Originally crowdfunded nearly five years ago, it’s taken a long time for Limit Theory [Official Site] to shape up. Development is cruising along now and there’s more news of what the developers are up to. 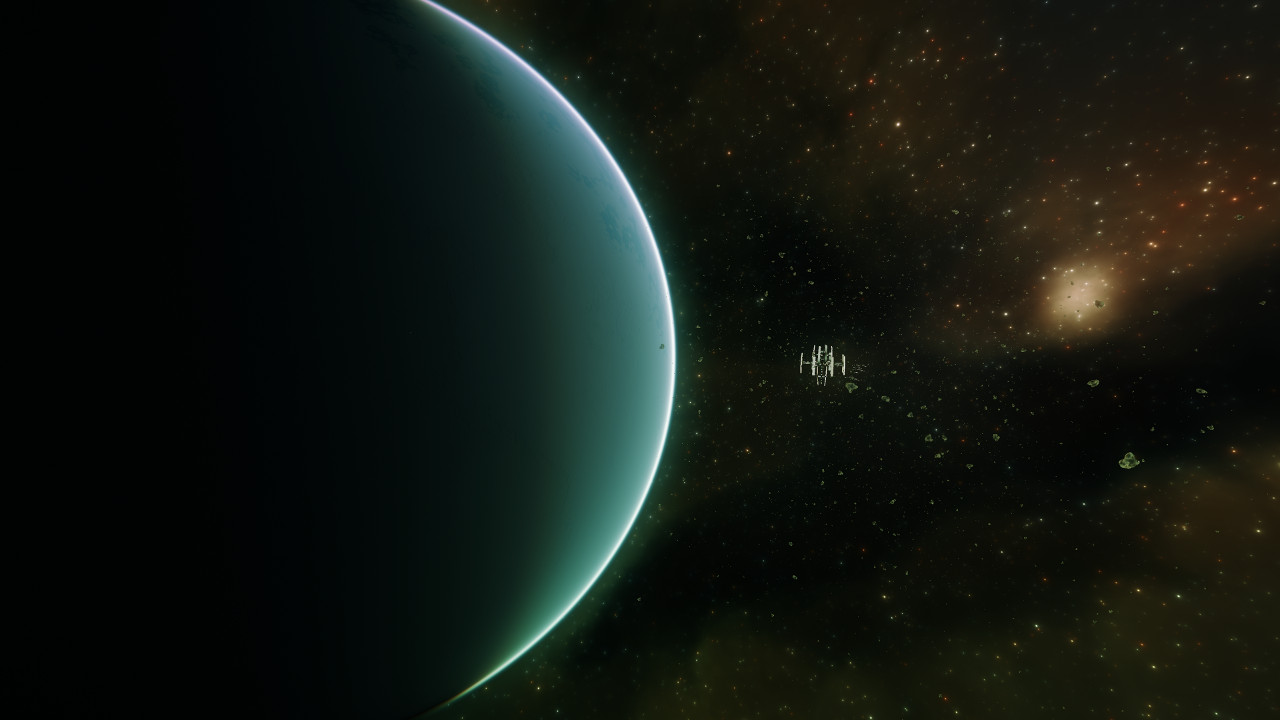 Limit Theory is one of those ambitious games where you can explore, trade and fight in a vast and beautiful environment. It’s taken a very long time for the game to be made but all the while the developer has kept with regular progress reports. The latest post speaks of quite a few technical hurdles they had to clear but also shows off a rather pretty gallery of images and effects that they’ve been able to manage after implementing fancier graphical tricks. You can see the results for yourself here, and they’re very encouraging.

There’s still no release date in sight but, at this point, it’s better that the game come out when it’s good and ready rather than to meet some arbitrary deadline. The developer is a fan of Linux so it’s safe to say that we’ll get a Linux release in due course.

You can check out the archive of the developer diaries here which I recommend as they're highly detailed and open about the development process. Article taken from GamingOnLinux.com.
Tags: Sandbox, Simulation
4 Likes , Who?
Share

AskQuestionsLater 11 May, 2017
View PC info
This game is a classic case of grand ambition hitting grand problems. Being a one man team doesn't help either, and having read through Josh's various conundrums, technical problems, burnout and recovery, I'm impressed that he's come out the other side with a system that looks great, looks like it will scale, a mod framework seems to be emerging out of the Lua level of scripting and generally the project shows signs of hitting maturity and actually having a chance at being viable.

Having backed kickstarters that failed due to burnout when the developer hits a hard issue (Dysis) I have some hope that this one might actually reach the release state.
2 Likes, Who?

View PC info
Looks really cool to me. I have been dying to play games like this on Linux. Anyone has other recommendations?
0 Likes

View PC info
Didn't have a clue about this one but seems pretty nice. Hope the developer succeeds and we can enjoy it soon :D
0 Likes
rustybroomhandle 11 May, 2017

Quoting: rafebelmontLooks really cool to me. I have been dying to play games like this on Linux. Anyone has other recommendations?

I'm a big fan of the X series, even the last one, X:Rebirth since they fixed it up.
2 Likes, Who?
Purple Library Guy 11 May, 2017
I have high hopes for this, it's been sounding very interesting.
0 Likes

View PC info
The game looks like a GOOD version of Kinetic Void.
0 Likes
Talvieno 19 May, 2017

Quoting: rafebelmontLooks really cool to me. I have been dying to play games like this on Linux. Anyone has other recommendations?

Avorion could be a really good buy if you like exploration, building, and combat. It's pretty popular in the LT community.

Quoting: AskQuestionsLaterBeing a one man team doesn't help either

He's not a one-man team anymore. :) He's hired me as his community manager, and he's looking to hire an intern in the near future as well, to help with the code. More on that here.
2 Likes, Who?