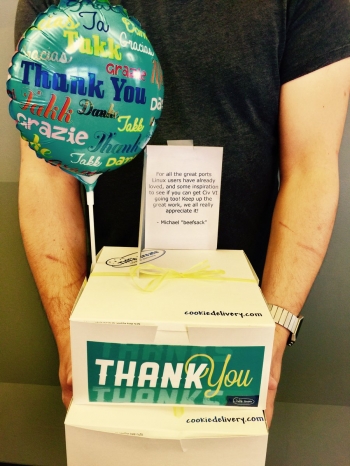 View PC info
Thank you beefsack for making us all look better :)
12 Likes, Who?

Quoting: liamdaweDevelopers are human too remember.

With how many ports Feral has been cranking out lately we may start to question this :)
19 Likes, Who?

View PC info
uh oh, that's a good idea :) sweeten them up so we can get that CivVI port sooner rather than later :P
but I really appreciate what Feral and Aspyr have done for Linux Gaming. this honestly wouldn't have been so exciting without them.
But the Linux devs working on the Unity engine like Na'Tasha Bard, along with the devs from the cryengine working on Star Citizen. To the devs like Yaakuro doing work on the UE4. To all the various indie devs that continually give Linux some love with so many interesting games.
This has made the leap from dual booting windows and Linux to being a 100% pure Linux user a fun and interesting time.
9 Likes, Who?

Eike 27 Oct, 2016
View PC info
How often I (have to) say this, Developers are human too... Of course, they are working for companies which have to make money and which may make decision we don't like and/or don't understand. But they still are people, who hate to be flamed - and love cookies. Thanks to the cookie donors!
3 Likes, Who?

Quoting: SalvatosThank you beefsack for making us all look better :)

Better to thank the awesome porters for giving us great games :D
20 Likes, Who?

STiAT 27 Oct, 2016
View PC info
The feral guy on the left seems very focussed to be the first to grab as many cookies as he can :D.

Quoting: SilelmotBut am I wrong to say all this positive developement across the gaming-scene of linux started with steamos?

Without Valve's involvement, I would still run this other OS for gaming.
4 Likes, Who?
1/3»
While you're here, please consider supporting GamingOnLinux on: