For those looking to splash out a bit on a new desktop, the Linux hardware vendor Entroware have unleashed Hades, a powerful new desktop computer with Linux pre-loaded.

This is their first AMD Ryzen powered desktop with multiple choices between the CPU and GPU, although they're still only providing NVIDIA GPUs with the Hades. For those looking at the ultimate performance, they've gone with the AMD Threadripper so it really is a bit of a beast.

It also comes with Bluetooth support built-in as well, so that's sweet. 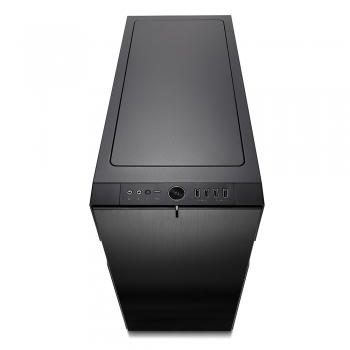 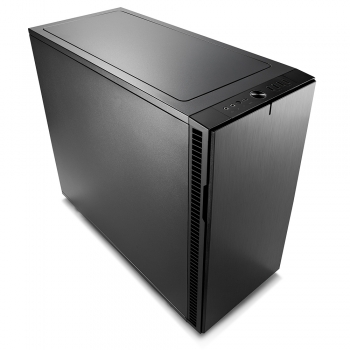 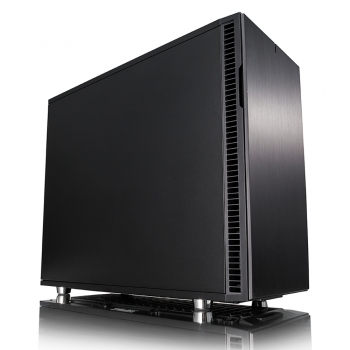 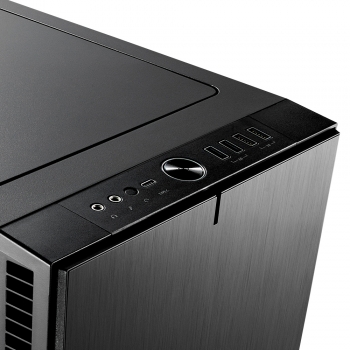 Operating system choices are somewhat limited, with Entroware focusing on Ubuntu and Ubuntu MATE either 18.04 LTS (Long-term support) or 18.10. The more options they add in though, the more time consuming it would be so it's not a major issue. Anyone using other distributions likely know exactly what they're doing anyway.

You will need to dig deep though, since the price starts at £1,599.99. You can't pay for a top unit on the cheap though, it pays to future-proof yourself as much as possible of course. Still, it's quite high.

For shipping, they're currently available to people in the United Kingdom, Republic of Ireland, France, Germany, Italy and Spain.

I personally tested a laptop Entroware sent over back in 2015 and I was very impressed with them. For those outside the US they seem like a pretty decent company to go with for Linux hardware. While I usually build desktops myself from parts, for a laptop Entroware will absolutely be my go-to company. Even so, the Hades is an impressive unit.

Find out more about Hades on the Entroware site.

Article taken from GamingOnLinux.com.
Tags: Hardware
14 Likes, Who?
We do often include affiliate links to earn us some pennies. We are currently affiliated with GOG, Humble Store and Paradox Interactive. See more here.
About the author - Liam Dawe

I am the owner of GamingOnLinux. After discovering Linux back in the days of Mandrake in 2003, I constantly came back to check on the progress of Linux until Ubuntu appeared on the scene and it helped me to really love it. You can reach me easily by emailing GamingOnLinux directly.
See more from me
Some you may have missed, popular articles from the last month:
The comments on this article are closed.
28 comments
Page: «3/3

View PC info
Looks like my old Antec P180 case or whatever it was...

Quoting: brokkrIf you just want the case, it's definitely a Fractal Design one. With those dimensions, I'd say probably the Fractal Define C.

Actually it looks like Fractal Define R6, check the side of the front doors, there is space to put your fingers in, Defince C does not have front doors. The front I/O also looks different. This is definitely R6.

The Fractal Define R6 is such a great case <3, only the case fans are not so silent.

It's surprising Canonical didn't take care of providing gamers oriented preset, where kernel and Mesa are kept up to date by default. I suppose they expect that gamers aren't going to use Ubuntu in general, and would focus on rolling distros for the most part? If this PC is oriented on gamers, may be they should sell it with a rolling distro to begin with.

Personally, I also like buying components and assembling them myself, instead of getting a pre-assembled PC. An option in between are stores which assemble a custom PC for you, based on your components specification.

This is partly why I switched from Ubuntu to Debian Sid. It's a rolling release with timely kernel and Mesa updates.

In Ubuntu's defence though, the only reason you need PPA's is the rapid development of Vulkan games and Proton. As things mature, the need for PPA's will go away and just sticking to the latest Ubuntu release, or even LTS with latest HWE should be fine. Even now it is mostly fine unless you run into issues trying to use Proton.
0 Likes

Quoting: BrisseIn Ubuntu's defence though, the only reason you need PPA's is the rapid development of Vulkan games and Proton. As things mature, the need for PPA's will go away and just sticking to the latest Ubuntu release, or even LTS with latest HWE should be fine. Even now it is mostly fine unless you run into issues trying to use Proton.

That's not a very good excuse. Things can be changing fast for a number of different reasons. New Vulkan features, optimizations and so on. And what's next, OpenXR for example? That will also be rapidly evolving. So having a preset for gamers makes sense, especially if so many gaming stores herald Ubuntu as their primary supported distro.

Quoting: GuestThreadripper CPUs are for servers and overkill for a gaming PC: best gaming cpus

This article is written from a Windows-centric viewpoint (understandably so from a mainstream site). Vulkan graphics benefit more from extra threads. However, the biggest reason to consider AMD CPUs is that they are better bang for the buck processors, and that benefit is pretty much erased if you are going to buy from a computer vendor that charges a premium like Entroware.

debianxfce is not wrong about Threadripper though. It's basically two Ryzen's slapped into the same package and it has some of the same issues that dual socket setups have with latency and scheduling between NUMA-nodes and such, and while Linux is better at handling that than Windows, it's still not ideal, and the fastest Ryzen's will mostly beat Threadripper's in games.
0 Likes

View PC info
Looks like a solid rig at a reasonable price, given they've got to pay overhead and make a profit. And although I like to build my own boxes, I know a few people with more money than confidence who buy their (very nice) rigs pre-built. Anyway, I wish them only the very best. I'm always heartened when I hear about new Linux-centric hardware.
1 Likes, Who?

I thought everyone had long since moved on to USB for these things.

I wouldn't buy a motherboard these days without PS/2 port. I use it for my mechanical keyboard for true n-key rollover.
2 Likes, Who?

View PC info
To anyone else in the UK, their prices are terrible. Make sure to shop around.
0 Likes
« 1«3/3
While you're here, please consider supporting GamingOnLinux on: