After the initial 2014 estimate slipped and it became clear that the outsourced port contained lots of bugs and a whole level missing, the developer, Black Forest Games, has now decided to finish up the Linux version themselves. Last week they also shared some screenshots on Dropbox of the game running on SteamOS. 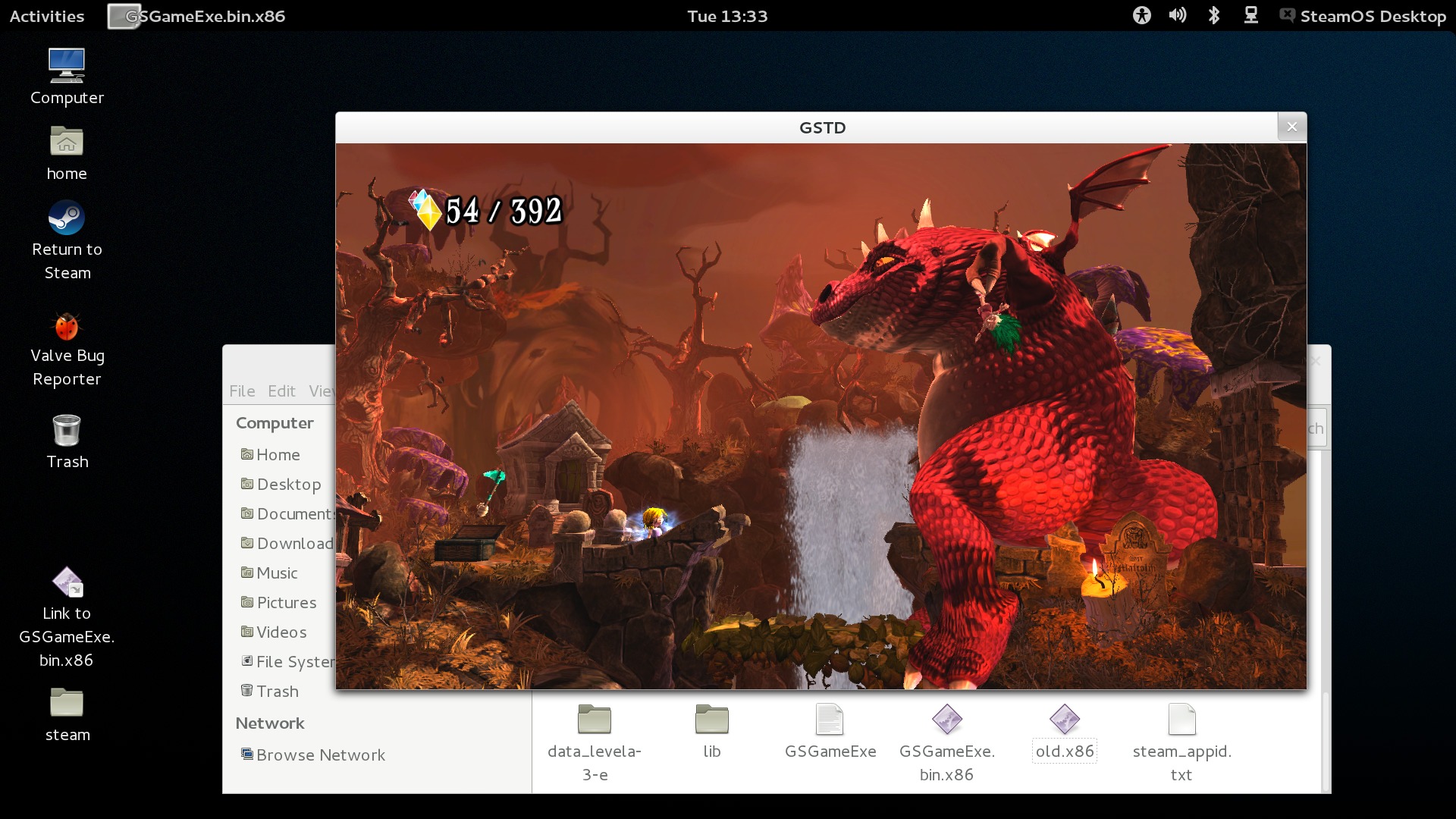 This also means that it will take even longer to get the port out, as it will be their first game for Linux. The good news is that it will give them experience developing for the platform and that it means it's more likely that their upcoming games might be developed with Linux builds in mind. According to a comment made by their community manager on Steam, they seem confident that Giana Sisters 2 and co-op brawler DieselStörmers will get a Linux version in a timely fashion:

QuoteBoth Dieselstormers and GS 2 (Whenever it comes out) will have linux ports done almost right away if not released at the same time as the "normal" versions, we´ve learned a lot about linux users and our community during this port and will not repeat our mistakes.

DieselStörmers is in Early Access on Steam at the moment, and user reviews suggest that it's both a bit repetitive and sluggish at the moment, so it might be for the best that we'll have to wait until they get it polished up and tweaked for release.

I played a bit of Giana Sisters while I was still dual-booting and it's a great platformer with high production values that will be a great addition to our platform. The developer is determined to bring the Linux version up to par before release, so I have high hopes that it will be worth the wait. Article taken from GamingOnLinux.com.
Tags: Platformer, Teaser, Upcoming
0 Likes
We do often include affiliate links to earn us some pennies. We are currently affiliated with GOG, Humble Store and Paradox Interactive. See more here.
About the author - flesk

View PC info
I think a lot of people forget that this is an indie company making their first step towards Linux porting. I know a lot of people are upset for waiting on broken promises from its community spokesperson and have already bought the game, but in itself I think we can now see that throwing money at a port announcement doesn't make things go faster. If anything, it probably made things a lot more stressful for everyone. So let us use this as a calm reminder to pay for any future ports (from any company) on their release. Personally, I should have taken this into consideration about this before I bought The Banner Saga and They Bleed Pixels from other indie devs, and I'm sure we all have our own stories.

To be honest, I foresee bugs (hopefully just minor) on its Linux launch day. However, as long as the developer is more than willing to work with us in bugfixes and updates on a regular basis, we should remain positive and most importantly, constructive in our feedback.

Regardless, I look forward to this port and many to come from Black Forest Games. Hopefully Giana Sisters will become a trend to release full Linux support from day one with their future releases.

Also after listening to their expectations of what DieselStörmers is, I am kind of curious what it turns out to be.
6 Likes, Who?

View PC info
Got this from a Humble Bundle. Looks REALLY great!

KeizgonTo be honest, I foresee bugs (hopefully just minor) on its Linux launch day. However, as long as the developer is more than willing to work with us in bugfixes and updates on a regular basis, we should remain positive and most importantly, constructive in our feedback.

Yeah, I definitely agree with this, and people in the Linux thread on their Steam forums have actually for the most part been very patient and understanding. Something you usually don't see much of on the Steam forums unfortunately.
1 Likes, Who?

View PC info
I'm also one of those that 'got' it via Humble Indie Bundle 11, so I sort of wonder whether the deal to get it 'later' still is valid after this change of porters.....
0 Likes

PitI'm also one of those that 'got' it via Humble Indie Bundle 11, so I sort of wonder whether the deal to get it 'later' still is valid after this change of porters.....