Linux version of VIDEOBALL being blocked by publisher, developer comments on it 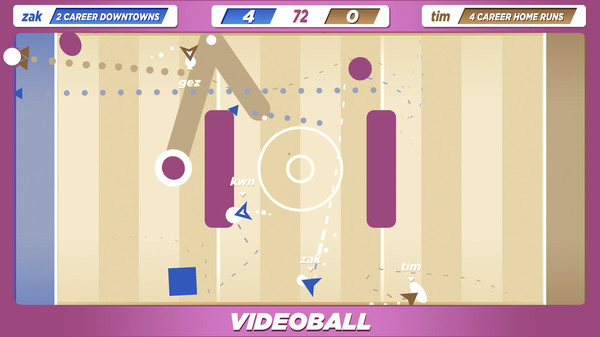 This is weird. The developer of VIDEOBALL has stated that they want a Linux & Mac version, but told people essentially it's the publisher who needs to be spoken to about it.

Their reply on their Steam forum said this:


QuoteWe talked abou the mac/linux situation last night on the stream and I'll repeat what I said here. If you want, you could try to tweet/email and bother anyone having to do with VIDEOBALL who is not part of the ACTION BUTTON team. We also feel like there should be proper mac and linux versions.

So without saying it directly, but making it painfully obvious, their publisher Iron Galaxy Studios LLC is somehow blocking the Linux & Mac version. You can find their twitter here to politely (don't be an ass about it) ask for a Linux version.

About the game (Official)
VIDEOBALL is a sport everyone can play!

We researched basketball, football, soccer, first-person shooters, and real-time strategy games. VIDEOBALL is a compact expression of all sports' mechanics.

Use either analog stick or the directional buttons to maneuver. Use any button or trigger to project a triangle. Only triangles can displace balls. Hold your button or trigger to charge a bigger triangle. Bigger triangles push harder. Stun opponents or cancel triangles with other triangles. Push balls into the opposing goal to score points. Score more points in order to win. Win in order to Feel Real Good. Article taken from GamingOnLinux.com.
Tags: Action, Editorial, Sports
0 Likes
Share

View PC info
Could be that the publisher had to pay for the port? Or simply that the devs have developed the game on behalf of the publisher and thus have no power over further development.
0 Likes

View PC info
Isn't it the same publisher who aprooved exclusivity to Killer Instinct for microsft? Just wondering. Recently I have read an interview with Eddie Fres (MS game studios boss) in Pixel magazine and he clearly stated they had important meeting with Witcher 3 developers after it was published. Not sure how far it can go and if I do not dive into conspiracy theory, but in nowadays business I can imagine some agreements with publishers signed with that company to avoid linux versions. If they did it for Killer Instinct, maybe the agreement was more wide and include other titles published by IGS?