LISA, A Quirky Side-scrolling RPG, In Beta For Linux

By Liam Dawe - 31 December 2014 at 10:59 pm UTC | Views: 7,588
https://www.youtube.com/watch?v=-XRA8LYFLZs
Lisa is a quirky side-scrolling RPG set in a post-apocalyptic wasteland. It has a nice style to it, and very positive reviews on Steam.

Luckily, the Linux/Mac versions are out in beta form, so if you wish to give it a go you can right now. The only issue is it isn't "officially" supported, so if it crashes and burns and they can't fix it, you were warned (the usual beta stuffs).

Amusingly, a website called "Another Castle" said this game is "Like Earthbound with Perverts". That makes me want to try it for some strange reason. 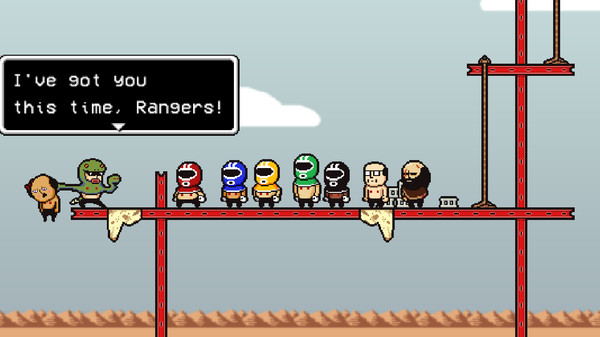 That picture also makes me want to try it; mainly as my son has started liking "Power Rangers", and...it's crap.

About the game
Lisa is a quirky side-scrolling RPG set in a post-apocalyptic wasteland. Beneath the charming and funny exterior is a world full of disgust and moral destruction. Players will learn what kind of person they are by being FORCED to make choices. These choices permanently effect the game play. If you want to save a party member from death, you will have to sacrifice the strength of your character. Whether it's taking a beating for them, or chopping off limbs, or some other inhuman way. You will learn that in this world being selfish and heartless is the only way to survive...

You can check out information on the beta here.

View PC info
Official release for Mac and Linux is January 2nd folks. :)
2 Likes, Who?
While you're here, please consider supporting GamingOnLinux on: