Looks like both A Hat in Time and Gravel are coming to Linux, ports from Virtual Programming

Virtual Programming seem to be busy once again which is good news, turning up on their website recently was both A Hat in Time and Gravel. 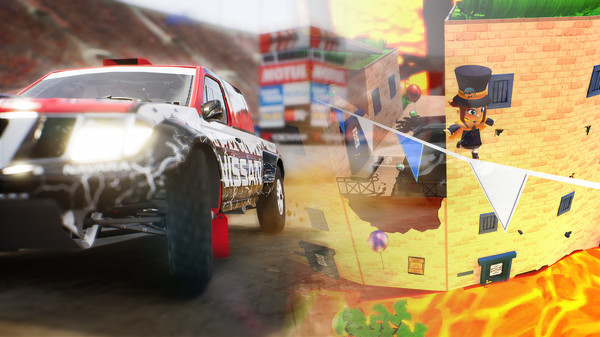 Curiously though, this is the second time A Hat in Time has appeared on their website to show they're porting it to Linux. Back in August of 2017, A Hat in Time appeared on Virtual Programming's website (along with MXGP3 which recently released) but the actual developer of the game had never heard of VP and it was then quickly removed. Now it's back again…confusing but good for us to get more games. I'm going to assume it was something announced far too early.

The other is Gravel, an off-road racer which does look quite good. Not surprising to see VP working on a Linux port, since Gravel is made by Milestone who also made MXGP3, so it looks like they're continuing to partner up for more ports. This also isn't overly surprising, as we noted back in October we saw hints of it happening.

Both games are in "beta" status according to their website, not that it means anything to us since VP don't put out beta versions to the public.

Personally, I'm really happy to see Virtual Programming continue porting games to Linux, as the more companies we have specialising in Linux gaming the better. Their last port with MXGP3 didn't have great performance (as noted), so hopefully these next two ports will be more playable—fingers crossed, as Gravel is a racer I'm keen to try out.

Update 07/12/18: For the second time, VP have removed A Hat in Time from their website. We've emailed them to find out what's going on.

Hat tip to m2mg2 in our forum.

View PC info
Wohooo.
Now i am sad, that i already got "a hat in time" from humblebundle i think.
0 Likes

View PC info
Nice, A Hat in Time has a Overwhelmingly Positive rating on Steam.
Hope this goes well for VP.
1 Likes, Who?

No, that was an in-house port from Topware Interactive who no longer have a Linux person (last I heard from them).
0 Likes

View PC info
Great news that they are still working on something. Hopefully they will bring Vulkan this time around as MXGP3 was pretty bad in terms of performance.

View PC info
I got a hat in time from the humble bundle. I will def buy it again when VP port it. I am so happy about it being ported to Linux!!
0 Likes

View PC info
Only have to say

View PC info
Awesome! A Hat in Time is one of my favorite games, it's really great.
0 Likes

View PC info
ooo nice!!!
My daughter is sort of getting to the end of Yooka-Laylee and while Psychonaught2 would be great, its delayed. A Hat in Time looks a perfect free-world platform game
1 Likes, Who?
1/3»
While you're here, please consider supporting GamingOnLinux on: