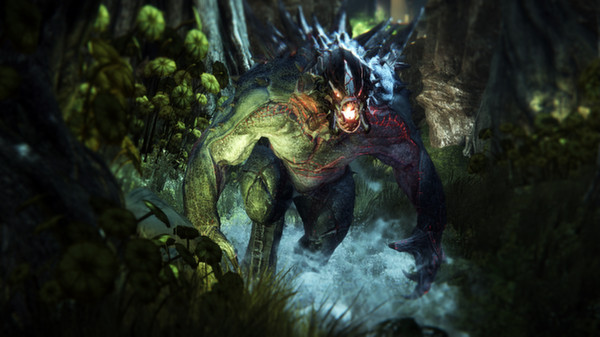 Thanks as usual to SteamDB (Note the build changes to the Linux & Mac depots), it looks like the Linux/SteamOS and Mac ports of Evolve might still be happening.

Evolve is a bit of a mystery, as it was only confirmed by Valve on one specific page which they have since updated with an entirely new layout removing the games section. It was listed along with a bunch of other games in March of last year.

I'm keen to give it a go, as I genuinely liked what I saw when I tested it on the PS4 some time ago. It will be one of our only CryEngine powered games on Linux too, so I'm eager to see how it performs.

It's a shame the community is very small now, so maybe a Linux/SteamOS & Mac port will help revive it. That will only happen if it has cross-platform multiplayer though, which would be quite bad if it didn't with an already small community on all platforms for it.

At least Evolve still looks like it's coming, but we haven't seen anything on The Witcher 3 which was announced at the same time. I do wonder what's going on with that one.

About the game
In a savage world of man vs nature, are you the hunter or the hunted? Turtle Rock Studios bring you Evolve, the next-generation of multiplayer shooters where four hunters face-off against a single, player-controlled monster. Stalk your prey, execute your attack and prove you are the apex predator in adrenaline-pumping 4V1 matches.

4V1: Grab three friends and hunt the monster or stalk the humans as the evolving beast. Whichever side you choose, you will have access to powerful weapons and abilities that deliver balanced, competitive gameplay.

Hunt Together or Die Alone: Choose a hunter that fits your play style. Whether you play as the Trapper, Support, Assault, or Medic, every role is vital and teamwork is key in surviving an encounter with the monster.

Beast of Prey: As the monster – the lone predator – you are the boss battle. Use savage abilities and an animalistic sense to wreak havoc, kill the humans and prove you are the dominant species.

Savage Planet: Neither flora nor fauna are friendly on planet Shear. Fall victim to natural hazards or use them strategically against your prey.

Eike 20 Feb, 2016
View PC info
Let's be realistic, some Mac and Linux gamers won't revive a gaming community, they'd just jump into a game that basically seems to be dead. Too bad, I was looking forward for that one once upon a time.
4 Likes, Who?
tony1ab 20 Feb, 2016
If the game can be played single player (now that seems it has almost no players) i would purchased it when the complete edition is on sale. And by the complete edition you know what I mean.
1 Likes, Who?

View PC info
I just wish they won't do as some other projects that "aimed" Linux/MAC support:

1st step: For some reason (in this case DLC fest on day zero) fail horribly in the original platform the game was design for.
2nd: Don't "fix" the unpopular mistakes that made the project fail
3rd: Make ports to try another platforms
4th: Stillborn project is launched and surprise surprise! It also fails in those platforms
5th: BLAME THOSE PLATFORMS FOR THE sink.

Bottom line: If you project suck, it sucks in all platforms.
1 Likes, Who?

metro2033fanboy 20 Feb, 2016
View PC info
Kind lords of VALVE & FromSoftware as a favor of a fervorous consumer of yours DarkSouls3 on SteamOS...PLEAAAAAAAASEEEEEE!

View PC info
Yeah, Evolve might be beyond saving, sadly.

Looks like it was popular at one point though. Still £25 to buy too!
0 Likes

I'm not finding this kind of statistics, how do you get there?
0 Likes

I'm not finding this kind of statistics, how do you get there?

https://steamdb.info/app/273350/graphs/. Doesn't look as good as in the picture, but the same content.
0 Likes


Also I found it very difficult to buy games full price when I have to wait a long time to come on Linux. That's why day 1 release are very important.

Quoting: MaxPowerAlso I found it very difficult to buy games full price when I have to wait a long time to cope on Linux. That's why day 1 release are very important.