@julek42 Nope, just the Mac App Store. The Feral Radar had ideas beyond its station and is now being admonished and updated accordingly.

I sent word to Feral about this with no reply currently. We will update the article if Feral confirm it's an old bit left in, or if it's really one of their hidden games that's coming for Linux. It was launched on the Mac app store today, so who knows what's going on.

This is taken from their publicly available radar: 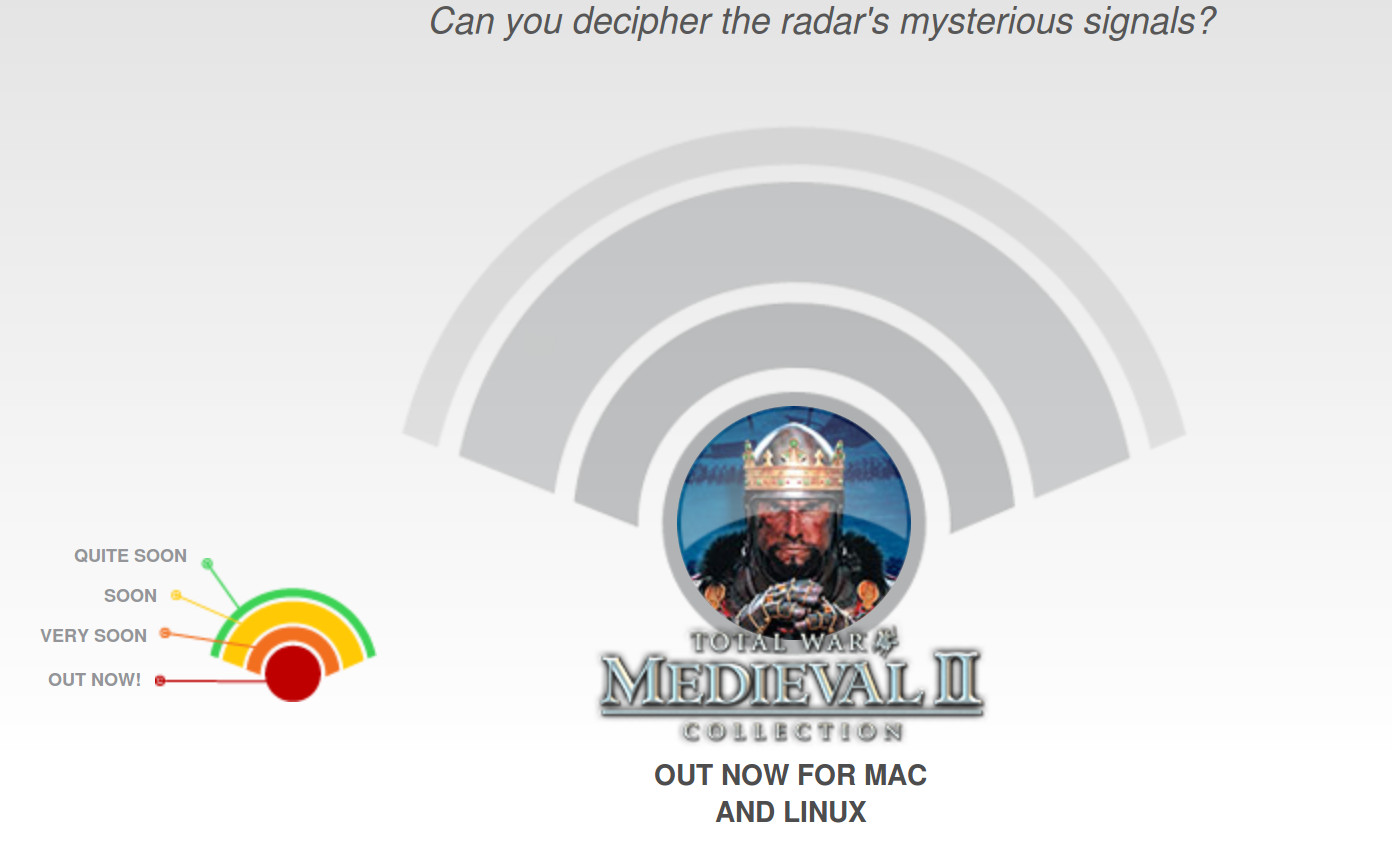 About the game (Official)
Take command of your army and expand your reign in Medieval II - the fourth installment of the award-winning Total War series of strategy games. Direct massive battles featuring up to 10,000 bloodthirsty troops on epic 3D battlefields, while presiding over some of the greatest Medieval nations of the Western and Middle Eastern world. Spanning the most turbulent era in Western history, your quest for territory and power takes you through Europe, Africa, and the Middle East, and even onto the shores of the New World.

You'll manage your empire with an iron fist, handling everything from building and improving cities to recruiting and training armies. Wield diplomacy to manipulate allies and enemies, outsmart the dreaded Inquisition, and influence the Pope. Lead the fight in the Crusades and bring victory to Islam or Christianity in the Holy War. Rewrite history and conquer the world. This is Total War! Article taken from GamingOnLinux.com.
Tags: Feral Interactive, Strategy, Upcoming
0 Likes
Share

linux_gamer 17 Dec, 2015
View PC info
Accident or not, I don't think the release picture is produced months ahead. There can (have been) delays and they cannot be 100% sure to finish the job, so I think it will release very soon.
0 Likes

View PC info
its accident/mistake .. im 99% sure of it

don't get your hopes up

i have some sources why i think its a mistake :D
0 Likes

But this matches their tip about the three persons and the king, appeared recently.

Thus it is available on the Mac App Store (as stated on their twitter).

"Nope, just the Mac App Store. The Feral Radar had ideas beyond its station and is now being admonished and updated accordingly."

However it's likely to come to Linux...
0 Likes

gojul 17 Dec, 2015
View PC info
However this looks interesting :
"We wanted to treat our loyal Mac App Store pals. :) Don't worry, we have something special lined up for Linux early next year..."

View PC info
Updated, it was a mistake Feral's end going by their twitter.
0 Likes

View PC info
It's understandable that Mac gets better treatment than we do right now, but I really cannot wait for the day when we're equals.
2 Likes, Who?

View PC info
Well, mac had more games before Steam was even announced for Linux. Actually, if you want to play Dying Light on mac, you will be disappointed.
0 Likes

med 17 Dec, 2015
View PC info
Well, it is a mistake in the sense that it is not available today on linux. However on Facebook they very much hinted that it was coming to linux too and that we just need to be a bit patient.
0 Likes
1/3»
While you're here, please consider supporting GamingOnLinux on: