Ethan Lee sent out a teaser tweet earlier about Owlboy [Official Site, Steam, GOG], as it seems he is porting it and wanted to get in first before it ends up popping up on SteamDB.

Oh yeah also this is probably going to show up on SteamDB over the weekend so here this is being a real thing coming soon (well, maybe soon) pic.twitter.com/TgxnSMExlV

Exciting, as it looks damn incredible! 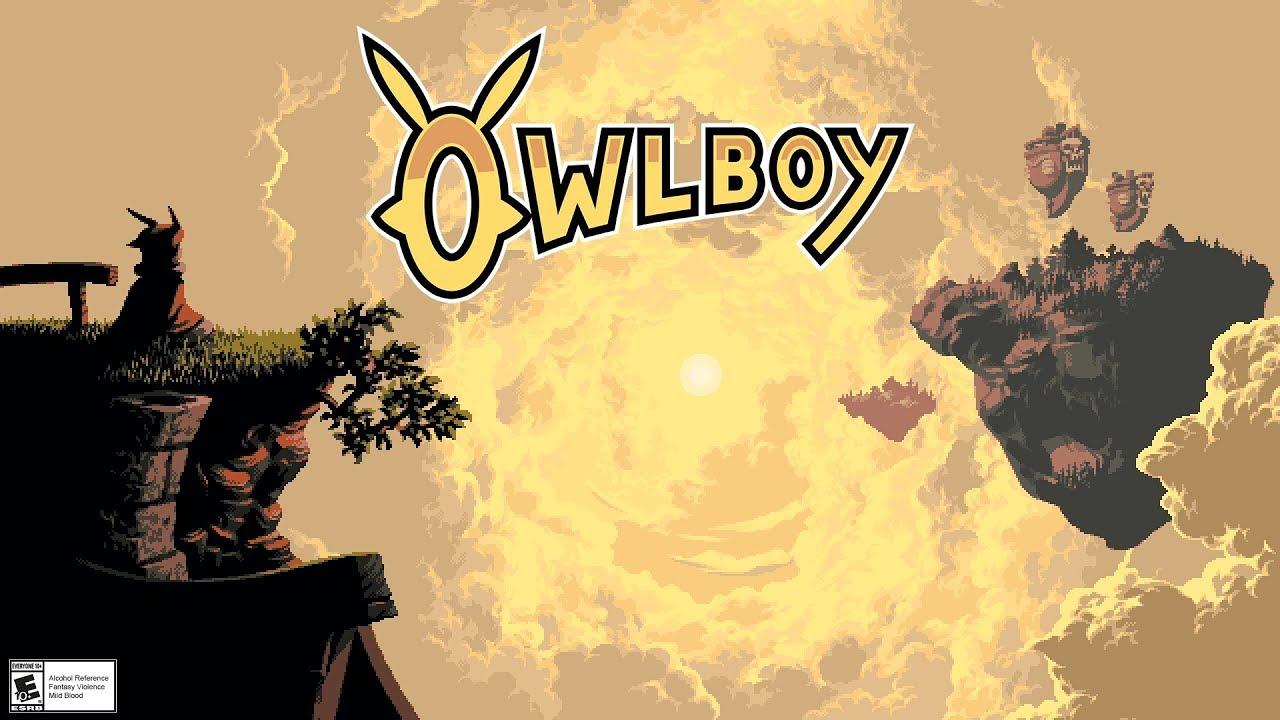 Owlboy is a 'hi-bit' adventure game, where you can fly and explore a brand new world in the clouds! Pick up your friends, and bring them with you as you explore the open skies. Overcome obstacles and greater enemies, in one of the most detailed adventures of this era.

Being a mute, Otus struggles living up to the expectations of owl-hood. Things spiral from bad to worse with the sudden appearance of sky pirates.

What follows is a journey through monster infested ruins, with unexpected encounters, well kept secrets, and burdens no one should have to bear.

Article taken from GamingOnLinux.com.
Tags: Action, Adventure, GOG, Indie Game, Steam, Upcoming
9 Likes, Who?
We do often include affiliate links to earn us some pennies. We are currently affiliated with GOG, Humble Store and Paradox Interactive. See more here.
About the author - Liam Dawe

View PC info
This looks amazing! It's great that Linux has so many fantastic platformers!
(Cave Story, Frogatto, Shovel Knight, Rogue Legacy, Freedom Planet, Axiom Verge, Volgarr the Viking, and more!!!)
Now all we need is a decent MMO and some sports titles (damn EA and its sports monopoly!). Then we'd be good!
2 Likes, Who?

View PC info
Just recently I've seen this game in a game show, and they were very enthusiastic about this game. It was 10 years (!) in development, 3 people all over the world. And they made a really good game.
Looking forward to get this one on Linux. Instabuy!
2 Likes, Who?

View PC info
It's on GOG + Linux port done by Ethan is a recipe for must-buy and I'm definitely cooking that.
1 Likes, Who?

Quoting: ZekThePenguinThis looks amazing! It's great that Linux has so many fantastic platformers!
(Cave Story, Frogatto, Shovel Knight, Rogue Legacy, Freedom Planet, Axiom Verge, Volgarr the Viking, and more!!!)
Now all we need is a decent MMO and some sports titles (damn EA and its sports monopoly!). Then we'd be good!

There are onlinegames on Linux. Why do you want turning a system based on freedom to a clone of Windows? That would be the ending of "Then we'd be good!" ... it will never be good or enough and there will be ever some reason for people to deny using Linux. So borders will be more weakened, because the system itself is not that much attractive. But where are the presentations of the strong, open-source games? There are hundreds of videos about Minecraft, where are the ones about Minetest for example? There are enough closed-source games to choose and personal I don't want another Windows-copy. :)
0 Likes

Quoting: throghThere are hundreds of videos about Minecraft, where are the ones about Minetest for example?

Minetest is just that. It has no actual content or point. Don't get me wrong, I like Minetest. The performance compared to Minecraft is unbelievable. Open-source games in general are awesome. But let's face it, very few artist like the concept and most programmers have little artistic skill. So you end up with games that run well, but look terrible, or just have no depth. Frogatto is a fantastic exception, and there are a few others, but much like indie games can't compare to real triple-a games in sheer scale and polish, most completely open games are little more than working prototypes.
1 Likes, Who?

An Ethan Lee port is an awesome port!

I just finished Salt & Sanctuary. What an absolutely amazing game. Props to the (two!) devs and to Ethan for a flawless port...
0 Likes

View PC info
The game looks awesome, but I thought this was already confirmed? Who cares, it's coming and I'm happy.

They're just tags, no hash involved. :)
2 Likes, Who?
1/2»
While you're here, please consider supporting GamingOnLinux on: