Looks like miniLAW: Ministry of Law is heading to Linux, get ready to be an arm of the law

Going by TuxDB and SteamDB, it's showing signs of a Linux version coming. Not solid proof of course, but always good supporting evidence of the developer looking into it. They did actually say last year, that a Linux version was on their to-do list. Their previous game, Levantera: Tale of The Winds, also recently came to Linux as well. 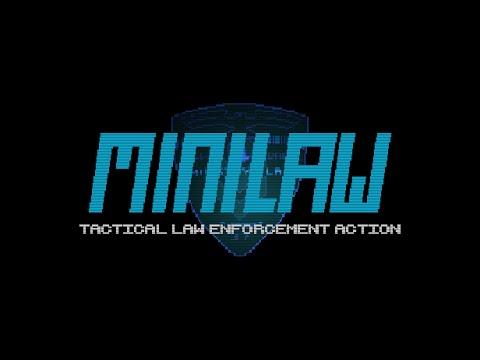 In miniLAW, you take the role of a Constable, an elite officer of the Ministry of Law.

Use lethal weapons, non-lethal force, and diplomacy to take down bad guys.

Successfully apprehending criminal elements grants you Requisition Points that you may use to purchase gear or upgrade modules from your superiors at miniFACT to improve the various abilities of the powered exo-frame bolted to your skeleton. Overclock your various combat abilities to perform superhuman feats as a matter of course.

Anyone else getting Robocop vibes from this? Even the character resembles it a bit. I AM, THE LAW! Oh—wrong thing, nevermind me.

Article taken from GamingOnLinux.com.
Tags: Action, Cyberpunk, Indie Game, Steam, Upcoming
4 Likes, Who?
We do often include affiliate links to earn us some pennies. We are currently affiliated with GOG and Humble Store. See more here.
About the author - Liam Dawe

View PC info
Added this to my Steam Wishlist ages ago, hope that that helped the dev to consider the Linux port.
1 Likes, Who?

View PC info
Come quietly or there will be trouble.
2 Likes, Who?

View PC info
Looks intriguing. I really dig the style of this one.
0 Likes
While you're here, please consider supporting GamingOnLinux on: