Looks like the DOSBox wrapped Linux version of STAR WARS: Dark Forces might make it to Steam 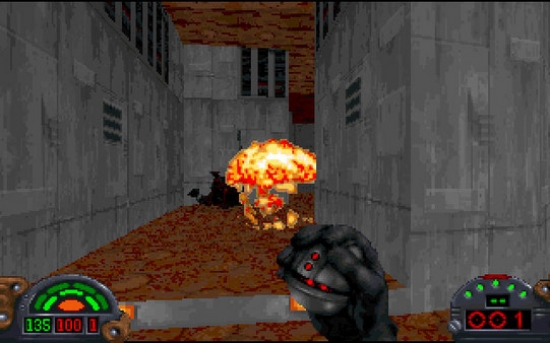 For the Star Wars fans who don't already have STAR WARS: Dark Forces on GOG, you might be pleased to know that it looks like the DOSBox version for Linux will also make its way onto Steam.

A few days ago it popped up on SteamDB showing that someone was working on the Linux side of it.

This classic title from 1995 was generally well received with the original release and it's so great that we have projects like DOSBox which keep these classics alive.

Good news for those of you who prefer Steam.


QuoteBehind a veil of secrecy the evil Empire is creating a doomsday army - one that, if finished, will become the final cog in the Empire's arsenal of terror and domination.

Your Mission? Join the Rebel Alliance's covert operations division, infiltrate the Empire, then battle every man and machine the Imperial Forces can muster. Search a vast galaxy for clues, attack enemy bases-all in a desperate attempt to stop the activation of this fearsome new weapon.

Article taken from GamingOnLinux.com.
Tags: Action, DOSBox, Steam
6 Likes, Who?
We do often include affiliate links to earn us some pennies. We are currently affiliated with GOG, Humble Store and Paradox Interactive. See more here.
About the author - Liam Dawe

View PC info
I bought the GOG version a few weeks ago for nostalgia's sake. I was pleasantly surprised at how well it's aged, though it took a bit of tweaking to set up a modern control scheme.

2 problems :
- The mouse works for the left-right axis only. There's supposed to be a mod to make it go up-down but I didn't bother.
- In fullscreen, DOSBox turns off my secondary screen which is a little annoying.
0 Likes

View PC info
All GOGGED up here. If it happens and someone is keen enough, good to know if there's any difference (in performance / glitches) between the Steam and GOG versions.
0 Likes
Linuxer 11 Jul, 2017

View PC info
One of my all time faves! I think i'll buy it again then from Steam!
0 Likes

Quoting: poke86- In fullscreen, DOSBox turns off my secondary screen which is a little annoying.

Fullscreen does not break alt-tab and other global keyboard shortcuts, too? I had this issue in the Pinball Gold Pack games, forcing me to set them to windowed (since then I don’t buy any DOSbox-wrapped game).
0 Likes

I'm not sure, I don't think I tried it. There's a shortcut to go in-and-out of fullscreen though, Alt-Enter I think, so it's not too annoying if you need to go back to desktop or switch windows.
0 Likes

Quoting: poke86- The mouse works for the left-right axis only. There's supposed to be a mod to make it go up-down but I didn't bother.

Really? The early engines couldn't do vertical rotation. The first that I recall having that feature was Duke Nukem 3D (1996) and even then it didn't render properly (faked projection where vertical lines remain vertical).
0 Likes

Quoting: EhvisThe early engines couldn't do vertical rotation. The first that I recall having that feature was Duke Nukem 3D (1996) and even then it didn't render properly (faked projection where vertical lines remain vertical).

Yeah there is a possibility to look up and down in this game, but it does look like crap, all distorted. Thankfully you don't need to do it all that often, which is why I didn't bother trying to make it work with the mouse.
0 Likes

I'm not sure, I don't think I tried it. There's a shortcut to go in-and-out of fullscreen though, Alt-Enter I think, so it's not too annoying if you need to go back to desktop or switch windows.

Indeed alt-return is a reasonable workaround. Unfortunately I wanted to try it with Pinball Dreams, and the old version I had installed doesn’t work anymore. I downloaded the latest version from GOG and the provided DOSbox requires pulseaudio, so eh… I guess I could make it work with another build of DOSbox, but it’s not improving my opinion of DOSbox-wrapped games on GOG :(.
0 Likes

View PC info
Now if only they could wrap up the source ports for the sequels, or for that matter any of the id engine games that are open sourced.
0 Likes

View PC info
Well, I got the game on Steam during one of the Jedi Knight sales years ago. If they won't implement some sort of vertical mouse look, I'll just pass. Shame, XL Engine source port couldn't mature for more than half decade...
0 Likes
1/2»
While you're here, please consider supporting GamingOnLinux on: