If there's one genre Linux has a pretty big hole in, it's fighting games.  Thankfully it seems we may get another, as Fantasy Strike [Official Site] is showing signs of coming over to Linux.

Tip from TuxDB, which shows it gaining a Linux depot which also shows on SteamDB. So it does look possible, as always though take such things with a pinch of salt until the developer comments. They did comment on this Steam forum post back in 2017, to say it's "definitely" something they wanted to look into.

A fighting game designed from the ground up to be so easy to control that even non-fighting game players can play it, yet deep enough to play in tournaments. Vibrant graphics and excellent online play.

This game is designed by an ex-Street Fighter dev and hardcore player for play in tournaments. Mixups, rushdown, zoning, and the grapplers seeming too powerful on day 1. It’s got all that. And you can play it with pretty much anyone in the fighting game community, no matter what other fighting game they play, because you can all reach basic competency in Fantasy Strike in minutes and start playing for real. Plus you can play with a joystick, gamepad, Guitar Hero controller, or whatever else you want. 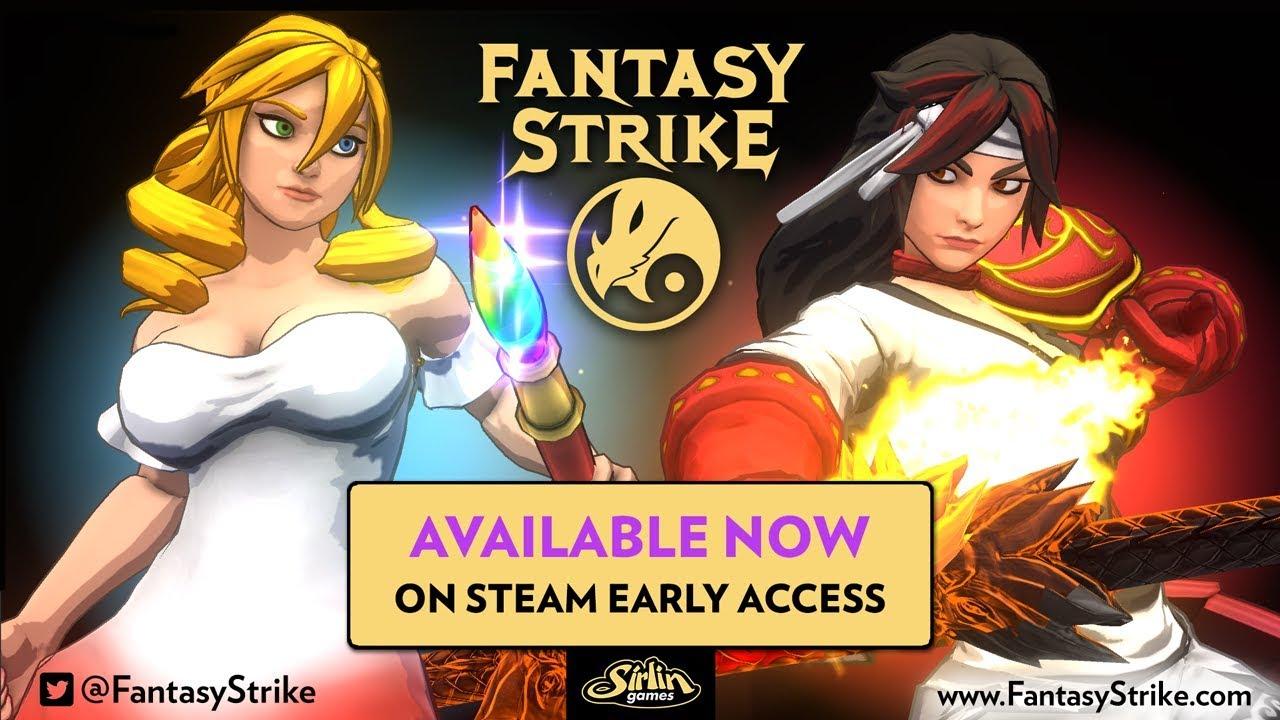 Would you pick up a copy if a native Linux build was released? Personally, I love the style of it and it looks like it certainly could be a lot of fun!

View PC info
Would be an insta-buy for me. The first/only game I have used steam play for so far is: Street Fighter IV ;-)
0 Likes

View PC info
We do need fighting games, that would be at the top of my wish list for sure!
0 Likes

View PC info
Looks like fighting mechanics were inspired by Street Fighter. Will buy if it really comes to Linux :)
0 Likes

View PC info
I can't wait to doll myself up in a wedding dress and then beat the crap out of people.

Jokes aside, I haven't really played fighting games since I was a kid. OK, I guess there was one for PS Vita that I bought but didn't like that much. I'd be up for trying this one out if it came to Linux. I think I'd need to play against friends for me to have fun. I don't picture myself getting good enough to have fun playing against randoms.
0 Likes
diegov 29 Aug, 2018
It's worth mentioning this David Sirlin's game, who is very outspoken against the "execution tax" in fighting games, and believes it's better for the player's skill to show in tactics, mind games, etc
.. rather than the ability to execute a sequence of inputs precisely and quickly.

So this will be quite an interesting addition to the Linux fighting game catalogue if it finally arrives.
0 Likes

View PC info
This is a surprisingly good fighting game. I only miss ducking, I think ducking and low attacks could've been part of the mechanics without making the game too inaccessible. But even with that, it's a surprisingly deep fighting game.
0 Likes
While you're here, please consider supporting GamingOnLinux on: