By Liam Dawe - 29 December 2016 at 9:31 pm UTC | Views: 6,998
Mad Nords: Probably an Epic Quest [Steam, Official Site] is one I missed from early December that launched with Linux support. It looks simple, until you watch the trailer. 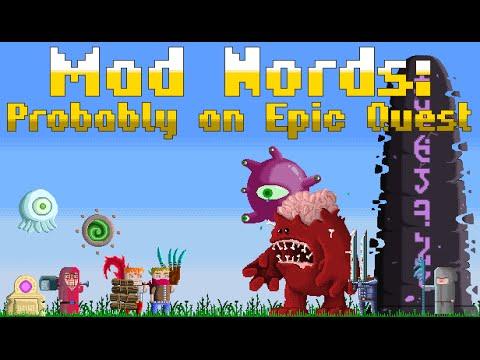 YouTube videos require cookies, you must accept their cookies to view. View cookie preferences.
Accept Cookies & Show   Direct Link
It didn't really sell it to me with all the walking around until I saw some of the combat. The combat actually looks quite amusing, especially with that massive god-like foot coming down that was hilarious. The interesting combat mixed in with the traveling around avoiding traps actually looks rather good. Not a massive fan of the overly simple graphical style, but it looks like the gameplay might make up for it.

About the game
Mad Nords: Probably an Epic Quest is an old-school parody role-playing game. Prepare to explore a vast fantasy world, complete dozens of weird and zany quests, fight dangerous foes, loot every chest that you'll stumble upon to and even talk to animals, while looking for a cucumber that your wife asked you to bring. Maybe you'll even get the opportunity to save the world. Who knows?

View PC info
this game is oddly fun. the art is janky and the combat is strange but it all sort of feels like its supposed to be that way.

A Strange experience that i think people seem to like, but don't know why. There's even a free demo on steam :)
0 Likes
While you're here, please consider supporting GamingOnLinux on: