Magicka 2 Looks Like It Will Land On Linux Soon, Having Final Tweaks 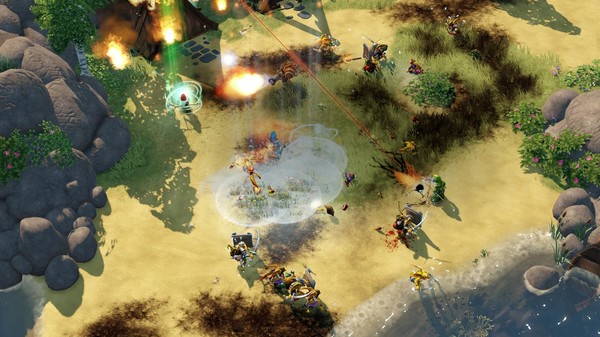 Just a heads up guys, Magicka 2 looks like it could land on Linux this month. A developer mentioned it's undergoing final bug fixes and performance improvements. Their communication with the community on this has been nothing short of excellent, and it's really nice to see them being so open about the ports development.

On the 25th of September a developer said this (more recent posts below):


QuoteI thought I'd give an update on the progress of the Linux and MacOSX ports. We're currently doing final bug fixes and performance improvements for the release.

The Linux version has been tested on Ubuntu and SteamOS but it should run any system with an X11-compatible windowing system. I believe that the recent Mir and Wayland have this compatibility but we haven't been able to test this yet.
If you are interested in the technology, we use the GLFW library for windowing and OpenAL Soft with ALSA and Pulseaudio support for audio. We build the application with static libraries as much as possible with the hope that the Linux version can run on all kinds of distros and setups.

Sounds like they know their stuff. Their attention to more than just Ubuntu is admirable too.

The developer also shared this screenshot: 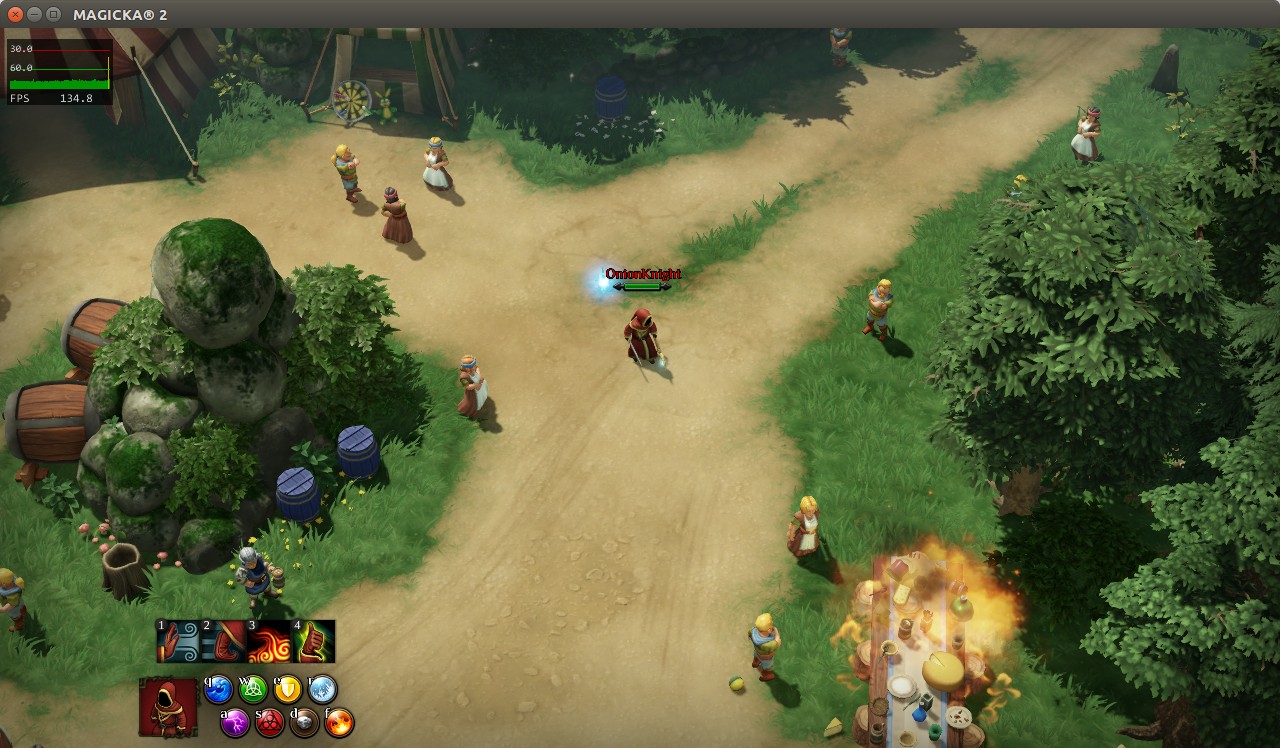 They have also worked on gamepad support for us too (source):


QuoteAbout controllers, we currently support Xbox 360/One, PS4, Logitech F310, Nvidia Shield as well as any controller with the same underlying button/axis mapping as an Xbox 360 controller for Linux/MacOSX. We've tried implementing support for the most popular controllers as well as whatever we have lying around in the office.

Unlike Windows there's more controllers supported out-of-the-box, but on the other hand there is no Xbox 360 Controller Emulator for Linux/MacOSX so we have to manually patch in support for new controllers.

The mention of the exact Logitech model I have pleases me greatly.

It looks like it may work on open source drivers, as they have done their own testing involving MESA. In addition they have just changed over to SDL now too, this is from a more recent post:


QuoteWe have done tests using the open source MESA drivers and it has worked well. One computer had an issue because the FXAA shader used some extensions that weren't supported on that setup. If that happens you could disable FXAA. We haven't had any issues with the proprietary Nvidia drivers. Still trying to dig information about the AMD testing.

I'd also like to mention that we have switched from GLFW to SDL because it fixed a few issues. This means we also have better game controller support now. The game will be shipped with a pretty extensive list[github.com] of controller configurations. If you can't find your controller there it is supposedly possible to setup a config from within Steam that you can paste into this file. I should add that this applies to Linux only. The controller config linked also includes MacOSX and Windows configs but currently we are not using SDL for input on those platforms.

This is good, as I find SDL much nicer with gamepads and multiple screens than GLFW.

View PC info
One of my most anticipated Linux releases. Will buy it once it lands :)
0 Likes

BabaoWhisky 7 Oct, 2015
View PC info
I hope that the game will support the SteamPad
1 Likes, Who?
Purple Library Guy 7 Oct, 2015
"We build the application with static libraries as much as possible with the hope that the Linux version can run on all kinds of distros and setups."
This. This is what I've been saying people should do. Compared to all the reams of stuff in a game, particularly video and whatnot, a couple of static libraries nowadays take up negligible space, so building that way is well worth it for the robustness and durability and general independence from the specifics of distros. Impressed by the Magicka 2 people.
3 Likes, Who?
Guest 7 Oct, 2015

Quoting: Purple Library Guy"We build the application with static libraries as much as possible with the hope that the Linux version can run on all kinds of distros and setups."
This. This is what I've been saying people should do. Compared to all the reams of stuff in a game, particularly video and whatnot, a couple of static libraries nowadays take up negligible space, so building that way is well worth it for the robustness and durability and general independence from the specifics of distros. Impressed by the Magicka 2 people.

Thats bad for bug fixing. Now they really need to commit to updating the game all the time. Its bad, just like what Frozenbyte did long time ago they shipped their own versions of system libraries that was old and didnt have the latest fixes. Static linking is even worse sine you cannot remove the private shared objects so that the system ones are used instead.

What dependencies other than the supported Steam runtime do they even need? Its only SDL, OpenGL and PulseAudio you really need and those are better left linked at runtime by the system.
1 Likes, Who?

kalin 7 Oct, 2015
View PC info
Paradox have really nice linux support. Please support them to say thank you.
I will buy magicka 2 (not only coz this is my favorite game) at full price of the first day of linux release
0 Likes

raonlinux 7 Oct, 2015
View PC info
Love the first one, now I will play the second one on linux the screenshot looks so good.
0 Likes

Nyamiou 7 Oct, 2015
I was really waiting for this game, but since it was released on Windows it have had a lot of bad reviews. Granted, most of them are basically "Magicka 2 is good but Magicka 1 was better" or "it's missing this features I like in Magicka 1" but some of them like "unfinished game" and "lot of bugs" got me worried. I may end up buying it in the end since there is still a lot of good reviews but I will have to think about it.
0 Likes

So… I have no idea what Magicka 2 is, but anyway, as alex said, using static linking is a bad idea because then people can’t fix issues by themselves. Using dynamic linking and providing the required libs with the game, using LD_LIBRARY_PATH, requires almost exactly the same work from the devs, but lets the user remove, add or change libs if needed.
0 Likes
1/2»
While you're here, please consider supporting GamingOnLinux on: