Magicka 2 Now In Beta For Linux 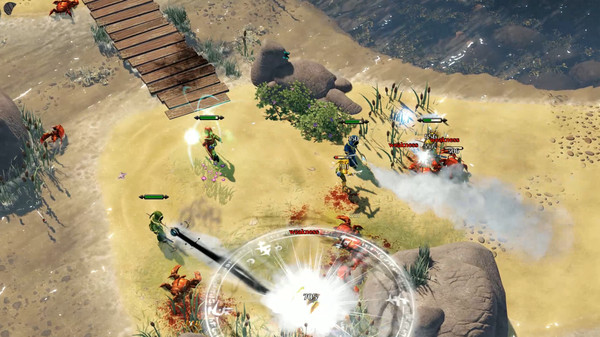 Oh man, what a day. First Insurgency, and now Magicka 2 both being in Beta for Linux. Update: It's now downloading.

My brief initial thoughts
I've managed to get a few minutes testing, and it seems to all work fine. With all settings on maximum in the tutorial area I was getting 150+ FPS with smooth feeling gameplay.

It picked up my Logitech F310 gamepad and works perfectly so far too, so that's always a bonus!

More full thoughts when I've played more, but at least I can now confirm for me it works very nicely.

If you are a Mac OS or Linux user we are happy to say that you can now take Magicka 2 for a spin on your OS of choice!

Simply run the app "Magicka 2 Spell Balance Beta" from your Steam Library using your preferred OS and it will install accordingly. That particular branch is a "live" Dev environment where we are also testing goodies that may appear in future patches.

Let us know how you get on!

About the game (Official)
The world’s most irreverent co-op action adventure returns! In the next chapter of Magicka, players ascend from the ruins of Aldrheim to experience a Midgård almost wiped free of Wizards after the Wizard Wars, with the few that do remain having either gone mad or extremely hostile toward all others.

No need to be puzzled, it's called family life :P
2 Likes, Who?

No need to be puzzled, it's called family life :P

We are your family now *cue creepy music* :))).
But in all seriousness - check it out once you have the time. I'd say it's a must.
0 Likes

And theres the just cause 3 name drop too. I wasn't sure if you guys hadny seen this or if it wasn't concrete enough to base an article on:
http://www.polygon.com/2015/10/15/9536047/steam-machine-alienware-hands-on-video

And theres the just cause 3 name drop too. I wasn't sure if you guys hadny seen this or if it wasn't concrete enough to base an article on:
http://www.polygon.com/2015/10/15/9536047/steam-machine-alienware-hands-on-video

Personally, I missed it, will look it all up now.
0 Likes

emphy 24 Oct, 2015
2 annoyances: the paradox account nagging and dlc ads in the start screen. Enough reasons for me to instant refund.

(got more games than time to finish them, so I have zero tolerance for BS)
0 Likes
1/2»
While you're here, please consider supporting GamingOnLinux on: