Man O' War: Corsair - Warhammer Naval Battles is now on Linux, after I poked the developer

It's fun when this happens, I poked the developer of Man O' War: Corsair - Warhammer Naval Battles [Steam] about the Linux version and they replied saying it was coming and now in the same day they've put it up! I guess sometimes developers just need a small reminder eh?

Note: The Linux version is currently only on Steam, hopefully GOG isn't far behind.

Latest trailer from their press area: 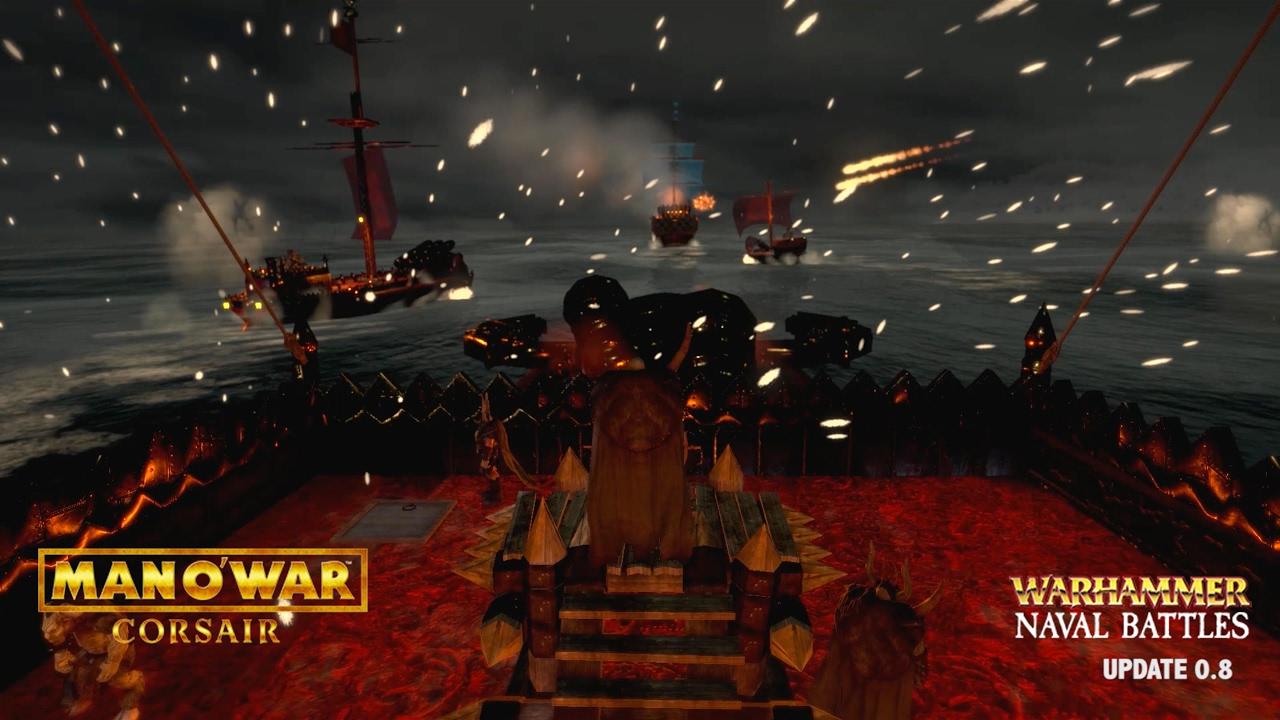 YouTube videos require cookies, you must accept their cookies to view. View cookie preferences.
Accept Cookies & Show   Direct Link
I've requested a Steam key now, so hopefully we can take a proper look at it soon. It does look really fun, especially with land and naval battles included in the package.

Will you be picking up a copy? Even if they don't supply us with a code I will buy it personally in a week or two since it looks good. There really aren't enough games that involve naval combat on Linux! Article taken from GamingOnLinux.com.
Tags: Early Access, Action, Adventure, GOG, Steam | Apps: Man O' War: Corsair - Warhammer Naval Battles
9 Likes, Who?
We do often include affiliate links to earn us some pennies. We are currently affiliated with GOG, Humble Store and Paradox Interactive. See more here.
About the author - Liam Dawe

View PC info
Looks very good. I am going to pick it up as soon as it is on GOG.
1 Likes, Who?

View PC info
I should play this more. If only my job would pay me without me having to work....

Then I would actually have time to play games!
1 Likes, Who?

View PC info
Definitely a game I'll be interested in once it comes out of early access. Can you play as orks? Please tell me you can play as orks.
2 Likes, Who?
artvandelay440 17 March 2017 at 6:23 pm UTC

View PC info
Liam started his inquiry email with sudo, and it worked!
4 Likes, Who?

artvandelay440Liam started his inquiry email with sudo, and it worked!

artvandelay440Liam started his inquiry email with sudo, and it worked!

I think right now Human and Chaos are the only playable races. Really hope that's a symptom of EA though and not the end plan. It'd be a deal-breaker for me if they aren't at least planning on releasing more playable races. It just ain't Warhammer if I can't play either Undead or Skaven.
2 Likes, Who?

View PC info
Huzzah! Will be picking up a copy today or tomorrow! Thanks for all you do Liam!