Manjaro, the Linux distribution based on Arch has just put out a major new release with Manjaro 18.1.0 - Juhraya.

Something of a controversial decision was the Manjaro team were possibly going to replace the FOSS office suite LibreOffice in favour of the proprietary FreeOffice. After they took on plenty of feedback, they decided to drop that plan. Instead, when installing you now get the choice between the two or no office suite at all. Additionally according to what the Manjaro team said, SoftMaker (the developer), actually expanded FreeOffice to support more Microsoft formats due to the demand from the Manjaro community so thats' quite nice. 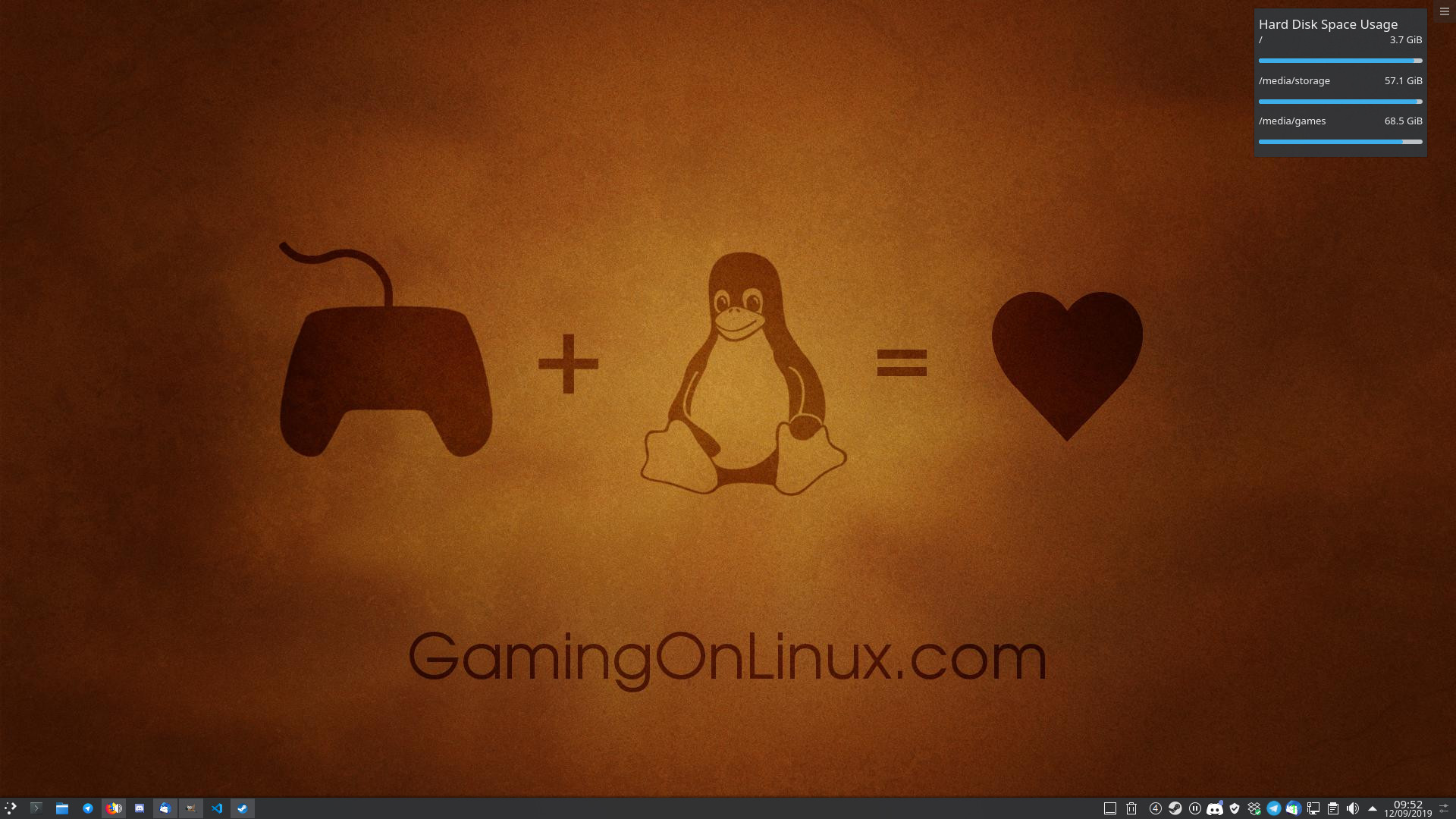 One of the other big additions in this release is the inclusion of their new software store named "bauh" (formely fpakman).

Bauh is a graphical package manager for both Snaps and Flatpak giving you the best of all worlds. So Manjaro now supports Snaps, Flatpaks and the Arch AUR.

You can download it here where it gives you a choice between XFCE 4.14, KDE Plasma 5.16, GNOME 3.32 or Architect which enables you to customise basically anything.

If you missed some recent Manjaro news, they actually formed a company to work on it professionally.

Personally, I've been using Manjaro now for around two months as my main daily driver and it has been a fun experience. I was fully expecting at least some kind of instability but it has been really smooth.

Like my wallpaper? You can download the source file here. It's under the CC0 1.0 Universal (CC0 1.0) Public Domain Dedication license (info), created by Frank during one of our older competitions.

How so? I use Manjaro for like 1 year now, and I use some packages from AUR and some from Flatpak and they work very good. Please elaborate...
4 Likes, Who?

while i generally prefer the AUR, if for example there is no -bin in the AUR and compiling takes ages, i'd prefer a flatpack over it ;)
1 Likes, Who?

When I said AUR I meant the rolling release model which, in my opinion, makes Snaps/flatpaks irrelevant since programs are always up to date without the negatives: large install files, slow to open, non-use of system themes and fonts.
0 Likes

View PC info
Which kernel they're shipping with this version? Unfortunately I still need to wait for then to ship kernel >5.3 due to a bug with my notebook.

Until then I will continue to use Mint.
0 Likes

pb 12 Sep, 2019
Proprietary office suite? Software store? I thought Manjaro was just arch with more conservative approach to packages, but it seems that it's to Arch something like Ubuntu to Debian? I'll stick with the vanilla distro, thank you very much. ;-)
2 Likes, Who?

View PC info
When Ubuntu was mewling about removing everything 32bit from their world, I installed Manjaro (XFCE) on my laptop. It's an Optimus lappy and I just run it in blast furnace, Nvidia only, mode. Attempting to set the Nvidia driver, I borked my install by choosing the Nvidia-only option. Oops. As I reinstalled Ubuntu Mate, I wondered why, if Manjaro could determine that I had an Optimus setup, would the DE offer me an option that would bork my OS? Rather than get an answer, I decided I wasn't ready for the thing.

A couple years back I ran Manjaro Gnome on my desktop and I wondered about the infrequency of security updates. They seemed far less frequent than I was used to getting on Ubuntu. Before I got around to looking into it, I borked my rig and the point was moot.

Apropos of nothing, I cannot break myself of the habit of pronouncing it "Man-haro", as if it were a Spanish word. XD

When I said AUR I meant the rolling release model which, in my opinion, makes Snaps/flatpaks irrelevant since programs are always up to date without the negatives: large install files, slow to open, non-use of system themes and fonts.

Just with the added negatives of cluttering up your system packages and having to read/trust random pkgbuilds of course. Not to mention the lack of built in sandboxing. Have you experienced GNOME/KDE issue a notification asking if you'd like to allow an app to take a screenshot/record/open files rather than being able to do so by default? It's rather nice.

You're also lumping issues with snaps into flatpaks. Flatpaks can respect the system theme and aren't slow.

When I said AUR I meant the rolling release model which, in my opinion, makes Snaps/flatpaks irrelevant since programs are always up to date without the negatives: large install files, slow to open, non-use of system themes and fonts.

I can see a couple of reasons to use them
1. "always up to date" -- sure, in theory. Debian has a rolling release model . . .
2. I always saw Flatpaks as primarily for things that aren't in your distro's repository, whether it's rolling release or not. The advantage is that a Flatpak will work despite the packages not being integrated with your distribution's choices of library versions and whatnot. Flatpaks have actually struck me as a great delivery system for games in particular. With games being so huge, the few extra bits on a flatpak are going to add like 0.1% or something to the size. But they'd give the developers a good bit of peace of mind and broader usability with different distributions and versions.

Quoting: pbProprietary office suite? Software store? I thought Manjaro was just arch with more conservative approach to packages, but it seems that it's to Arch something like Ubuntu to Debian? I'll stick with the vanilla distro, thank you very much. ;-)

I was kind of wondering why anyone would want a non-Free office suite that wasn't Microsoft Office. I personally don't want Microsoft Office, but there are reasons someone would. Anything else has all the disadvantages of LibreOffice from "not being MS Office" and I find it hard to imagine it being as good as LibreOffice in terms of features unless someone sank ten billion bucks into it which you'd think we'd have heard about, and then on top of that it'd be non-Free. What's the use-case here?


Last edited by Purple Library Guy on 12 September 2019 at 3:52 pm UTC
0 Likes
1/5»
While you're here, please consider supporting GamingOnLinux on: