Divided into two main areas of gameplay, Massive Chalice will offer a strategic layer where kingdom management, arranged marriages, research and other broader decisions can be made, as well as a tactical, brutal turn based battle system using small squads of customisable heroes.

The game is designed with a multi-generational mindset, and players will need to strategically choose between keeping their favourite heroes on the battlefield and retiring them home to foster the next generation of warriors before they grow old and eventually die. 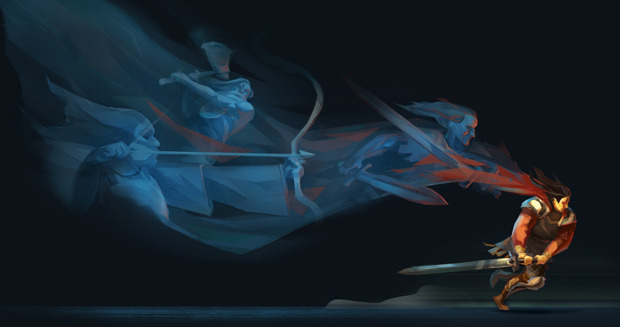 As was the case with the Double Fine Adventure/Broken Age, Massive Chalice's crowdfunding campaign features no stretch goals. The project's scope will be defined as the campaign draws to a conclusion, and ongoing conversations with the community as new features are considered will help shape its development. 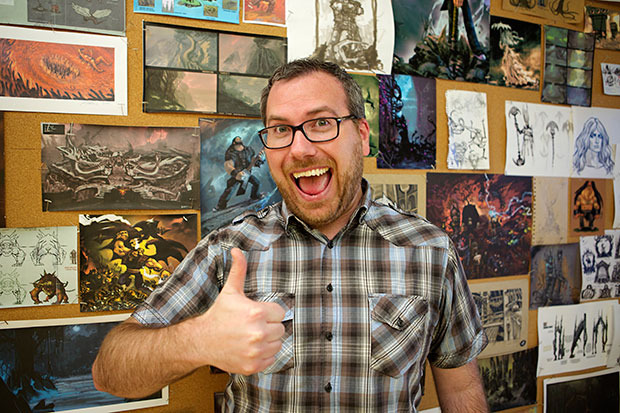 Not only are Double Fine continuing in their commitment to Linux support, their teams are pretty awesome too. Check out how happy Brad is. How can you say no to that face?

I do more stuff than could ever fit into a bio.
See more from me
Some you may have missed, popular articles from the last month:
The comments on this article are closed.
6 comments
ksd 31 May, 2013
'0 A.D.' may have a crowd funding campaign in June 2013. Read more at: http://play0ad.com/erik-johansson-steps-down-from-project-leadership-michael-d-hafer-assumes-role/
0 Likes

View PC info
Could maybe use a link to the campaign? Or is it not live yet?

edit : Here it is - http://www.kickstarter.com/projects/doublefine/double-fines-massive-chalice/
0 Likes

Wow, they're taking a lot of flak from people...

Looks like two major complaints are 1) DF already succeeded with Kickstarter, many feel they shouldn't go back to it, and 2) what does Brad Muir know about turn-based combat (or, how can DF "make a real TBS game" ).

I can certainly see that a slippery-slope emerges by relaxing the standards by which the crowd-funding community vets incoming projects, and that concurrent smaller campaigns can be overshadowed by large, high-profile ones, even though smaller campaigns subsequently benefit from the growing crowd-funding community. Conversely, the "slippery-slope" is considered a type of logical fallacy for good reason. So... a complex issue, here.

Personally, I find it incredibly difficult to attack a project bringing a new interesting game to Linux, from a fun creative team, even if the game concept isn't really my thing (which it totally is!).
0 Likes

Quoting: scaineCould maybe use a link to the campaign? Or is it not live yet?

edit : Here it is - http://www.kickstarter.com/projects/doublefine/double-fines-massive-chalice/

Oh whoops. I can't believe I forgot that in the excitement D:


Quoting: s_dWow, they're taking a lot of flak from people...

I hadn't spotted much negativity about it (possibly because I'm overwhelmed by the Double Fine community's response. It's hard to comprehend people who aren't just content to not support the project and instead feel the need to say that things can't or shouldn't be done.

Naysayers aside, the project looks to be another noteable one. It's great that DF are finding ways to climb out of the publisher dependency cycle, and I'm super happy that Linux is a focus for them :D
0 Likes

View PC info
They kinda had me until the matchmaking bit. Argh, do the 'shippers have to take over gaming as well ;)
0 Likes
While you're here, please consider supporting GamingOnLinux on: