Master of Orion officially confirmed for Linux & SteamOS by Wargaming 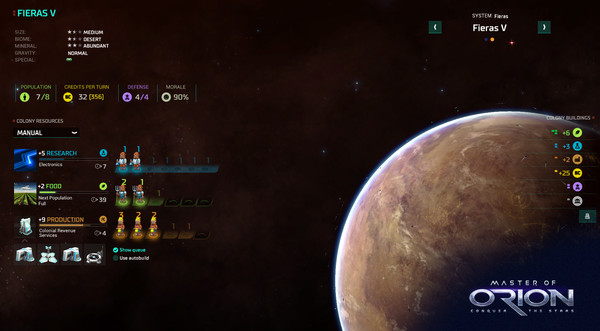 It's nice to have some good news. I told you all recently that it looked like Master of Orion was coming to SteamOS & Linux, and now it has been confirmed by Wargaming themselves.

@gamingonlinux We have confirmation. Master of Orion is coming to a Linux near you!

Also confirmed by a developer:


GeneralDirection, DeveloperHe's the Director of Product Vision at Wargaming. For some reason he's lacking the dev tag here, so we'll get that fixed. ;)

Now I am excited, I absolutely adore Master of Orion 2 (let's not talk about MoO3).

No word on release yet, as it hasn't launched on any platform yet.

About the game (Official)
Master of Orion – Conquer the Stars

The ascendant spacefaring 4X strategy game returns! A new chapter in the epic Master of Orion saga is poised to once again capture the imaginations of millions of gamers.

We do often include affiliate links to earn us some pennies. We are currently affiliated with GOG and Humble Store. See more here.
About the author - Liam Dawe
I am the owner of GamingOnLinux. After discovering Linux back in the days of Mandrake in 2003, I constantly came back to check on the progress of Linux until Ubuntu appeared on the scene and it helped me to really love it. You can reach me easily by emailing GamingOnLinux directly.
See more from me
Some you may have missed, popular articles from the last month:
The comments on this article are closed.
22 comments
Page: 1/3»
Huckert 27 Jan, 2016
Hooray for good News!
0 Likes

I have to admit my favourite was MoO3. I loved how the game provided large scale policy tools that allowed you to rule scores of planets without micromanaging them. Unfortunately, the game had plenty of bugs, but I managed to spend hundreds of hours with it nonetheless. Too bad the UI feels hopelessly outdated today.
0 Likes

Quoting: adolsonThat screenshot doesn't make it look very exciting. Guess I'll have to go find a trailer or something. lol

It's a 4X strategy game, it's not some big explody shooter. Take a look as Master of Orion 2 and you will see.
0 Likes

I was actually a bit worried for a while there. I really wish more developers would start using steam to communicate their plans for various OS releases, instead of simply ignoring or simply missing page after page of questions/requests.

This looks exactly like Master of Orion should look like in 2016. I can't wait for the release.
0 Likes

View PC info
Glad to hear Linux is being supported. I'm going to be very cautious about this title, though, after the bitter pill that was MoO3.
0 Likes

Quoting: adolsonThat screenshot doesn't make it look very exciting. Guess I'll have to go find a trailer or something. lol

It's hard to make a turn-based 4x strategy game look "exciting" in a screenshot. Look at the screenshots for Civilization V. It looks pretty dull, but it's one of the greatest games ever made.
0 Likes

View PC info
Talk about a blast from the past ^_^ ...I'm eager to play that kind of game which I haven't played in a very, very long time.
0 Likes

View PC info
Exciting news! I lost count of the numbers I put into MoO 2. I do hope they will polish the looks a little, though. Strategy or not, but good looks aren't a crime. ;)
0 Likes
1/3»
While you're here, please consider supporting GamingOnLinux on: