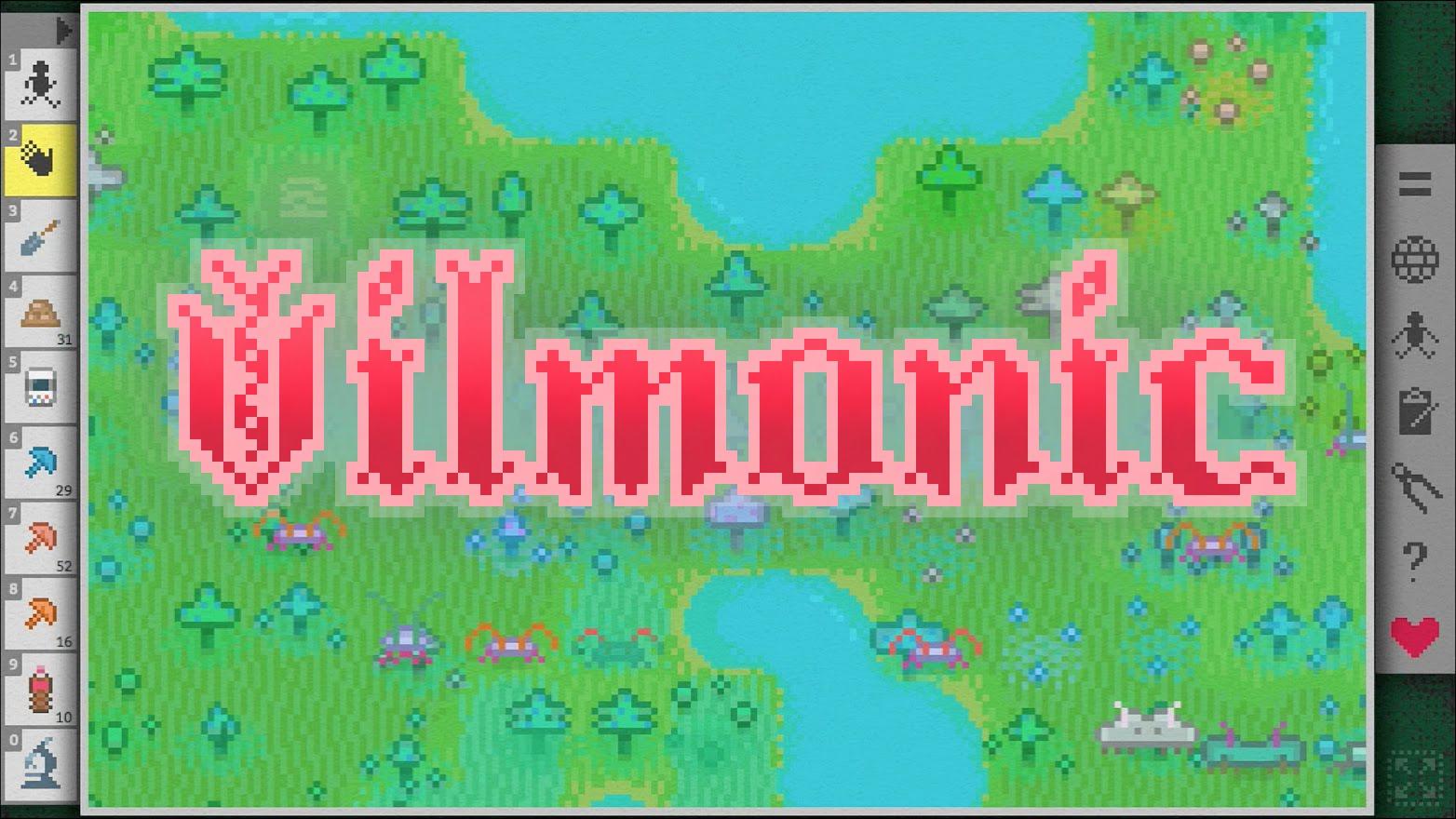 YouTube videos require cookies, you must accept their cookies to view. View cookie preferences.
Accept Cookies & Show   Direct Link
Vilmonic [itch.io, Steam] is another late night discovery, this time thanks to the itch store. It has a free and a paid version, so there's nothing stopping you taking a look.

It may not look like much, but wow this game is actually really damn cool.

You can mine, craft, build yourself a house and all the standard things you would expect in a sandbox experience. What makes Vilmonic different are the creatures themselves, since you are the caretaker of this world.

You can farm different forms of food, which seems to alter the animals and how they breed which is pretty cool.

It amused me too, as it tells you to build some flooring as it's teaching the basics, but the problem is some of the life-forms are attracted by a nice floor. They will even fight over it.

It's early days for the game, but it does show some real promise. I am looking forward to seeing how this game evolves over its development.

It's simple enough for a younger audience and interesting enough for adults too. Article taken from GamingOnLinux.com.
Tags: Early Access, Indie Game, Initial Thoughts, Itch.io, Steam | Apps: Vilmonic
2 Likes, Who?
We do often include affiliate links to earn us some pennies. We are currently affiliated with GOG, Humble Store and Paradox Interactive. See more here.
About the author - Liam Dawe

View PC info
It looks kind of like an early DOS-era Stardew Valley if the developer had been tripping out on controlled substances during the entire development cycle. I'M SOLD! :D

I'll definitely check this out when I have time. You've made me a fan of Itch and their native Linux client so I'm always looking for more good games available there!
0 Likes
While you're here, please consider supporting GamingOnLinux on: