The developer of Mercury Race [Kickstarter, Official Site] emailed us about their fast-paced racing game that's inspired by Wipeout and F-Zero, as they plan to support Linux.

The game is currently on Kickstarter, with a goal of €5K, they're nearly half way towards the goal too with 26 days left to go. For those worried about their plan for Linux support, do note they do have three previous games available on Steam that all have Linux support already—a good sign!

They've put up some early footage to give you an idea of what it's like: 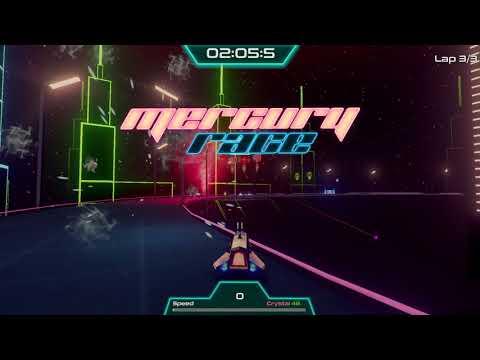 They're planning to release sometime in "Q3 2018", with a beta in Early Access. Mixing some high-speed manoeuvres with shooting could be pretty fun! If you like the sound of it, find it on Kickstarter.

Article taken from GamingOnLinux.com.
Tags: Action, Crowdfunding, Indie Game, Racing, Unity
2 Likes, Who?
We do often include affiliate links to earn us some pennies. We are currently affiliated with GOG, Humble Store and Paradox Interactive. See more here.
About the author - Liam Dawe

Hah, you're right. Must have been thinking about something else there then. Made a quick edit to be clearer :)
0 Likes

View PC info
"Digital Copy of the game on Steam"

I'd buy it but only if they release on GOG. Otherwise looks interesting, something fresh

Too bad Redout devs were not interested enough in Linux. To be honest, I guess they were not really interested. :\
0 Likes
While you're here, please consider supporting GamingOnLinux on: